Vici Gaming vs. Evil Geniuses: who took the trophy?

It all led up to this – Evil Geniuses versus Vici Gaming. Naturally, it would be EG reaching the grand final on home soil. Now they have a shot at winning their first ESL One trophy. However, Vici Gaming appear to have other plans after breezing through the semifinals. Without further ado, find out how the grand final series went!

Both teams clearly prepared themselves for the other, with lots of very specific bans coming from the team captains. For example, EG banned out fy’s Sand King and the Black^ Terrorblade and Drow Ranger while VG took Death Prophet, Razor and Venomancer away from the EG push strat. However, the Americans picked up lots of other capable pushers regardless, with Nature’s Prophet, Visage, Lycan and Beastmaster plus a Witch Doctor to offer sustain to the push. To counter an inevitable five-man push, VG settled for a strong late-game lineup capable of surviving the early game with Ember Spirit in mid, Elder Titan offlane, Panda farming the top safelane and Skywrath/Lich for support. 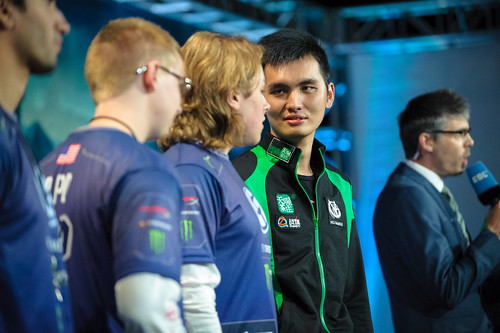 Unlike EG’s earlier Lycan game, Arteezy took his talents to bot lane, leaving zai on Beastmaster to handle the Ember Spirit/Lich mid lane. zai did a lot of work early on, making his presence felt around the map. Despite EG having got some pickoffs to get themselves going, they dropped an early teamfight, which resulted in the balance being reset again. Customarily EG were the first ones to get a few tier ones in their favor, but whenever VG forced big fights they pulled the net worth back to equal terms. They also always made sure to get trades whenever EG pushed down a tower, such as a counter tower kill or a free Roshan at 20 minutes.

With this game plan, VG undermined EG’s plan to push into the base as early as possible. Instead, they got more and more time to itemize, with Elder Titan getting a Shiva’s Guard and Ember getting his Battlefury and Daedalus by 30 minutes. Vici were on the verge of reversing EG’s push strat, forcing them to defend their own high ground for once, and, even though VG managed to get the tier three tower in mid, they ended up overextending. Thanks to Witch Doctor’s ult and great coordination, EG finally won a big teamfight to repel the base push.

Odds back in their favor, EG started to set the pace again and pressured all lanes while farming the map, forcing VG to stay back and play it very safe. After 40 minutes, the Chinese team had enough of their confinement and took a quick Roshan, transitioning into another base push. This time they managed to take a ranged barracks without losing any heroes in the process, giving themselves some breathing room. After a long back and forth, VG finally reached the point of the game where both their supports had Ethereal Blades, and with superior farm and itemization they took the fight the EG. Eventually, after a long, drawn-out fight in EG’s base, the Americans crumbled under the insane teamfight damage of VG’s entire team, with them adding game one to their account after 55 minutes. 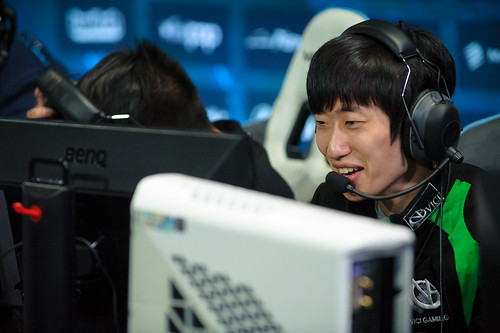 Yet again, the banning phases saw a lot of hate against pushing heroes, with EG holding a palpable grudge against VG’s Ember Spirit and Elder Titan. What they let through in exchange was fy favorite Sand King and again the Skywrath Mage to round out the VG supports. As cores, they secured themselves a Bristleback for the offlane, Alchemist as Super’s mid hero and the patented Black^ Anti-Mage. In return, VG can’t possibly hope to ban every push hero in the game, so EG assembled another threatening push lineup with Lycan, Enigma, Venomancer and Jakiro, leaving Fear with a Brewmaster for strong initiation.

Great rotations in the early minutes yielded the first blood for VG, as well as an early kill for Black^. EG, on the other hand, managed to show off their own teamfight prowess by constantly killing off iceiceice in the top lane. With the usual five-man pushes coming from EG, the tier one towers were wiped off the map soon enough. Overall, though, the game looked to be heading in the same direction as game one, with Black^ getting free farm and VG taking counter-objectives and dragging the game out. EG must have realized this as well, forcing a huge teamfight in mid lane which they convincingly turned in their favor thanks to big AOE ultimates controlling the fight. 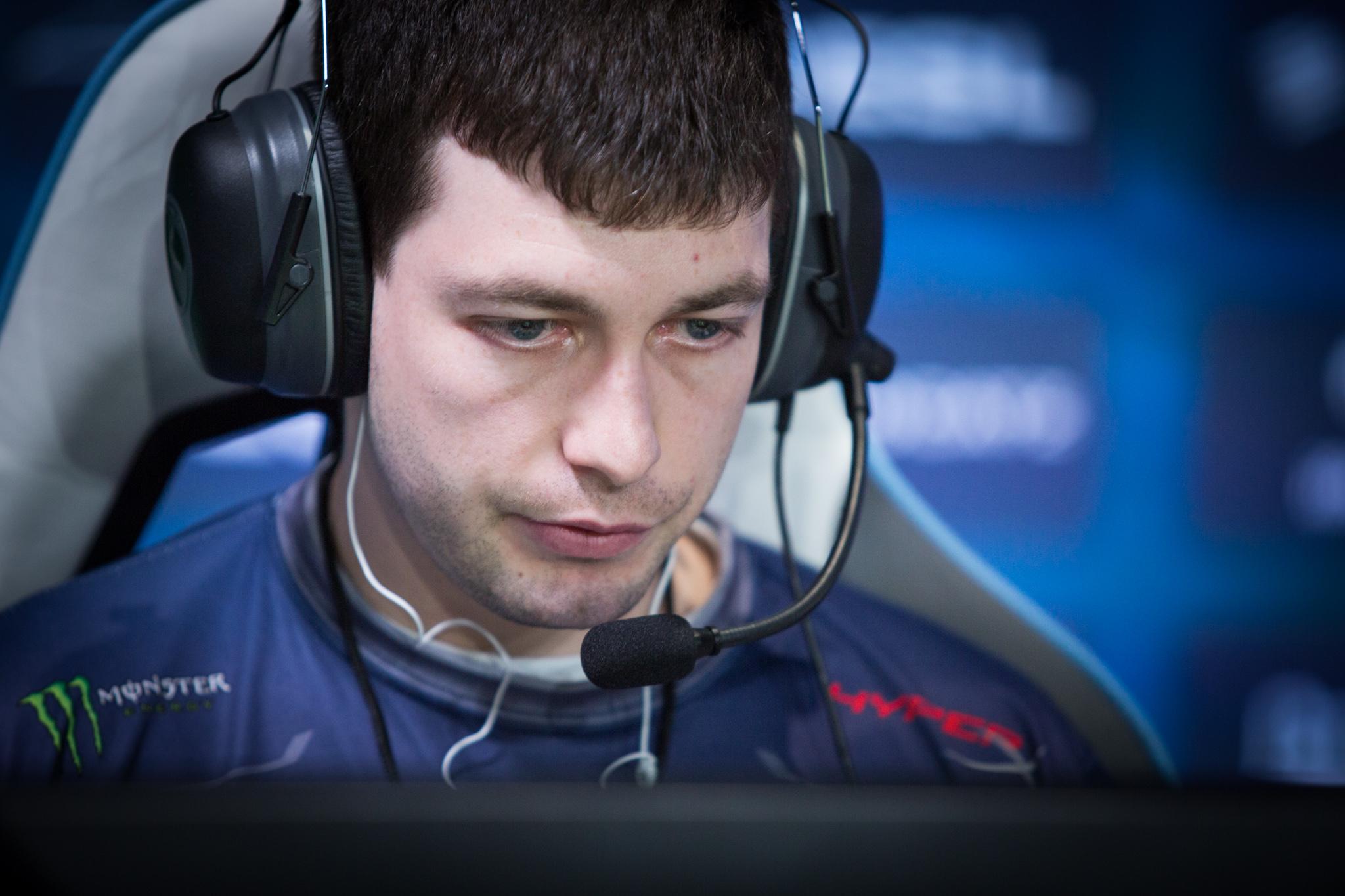 This first big spike in gold and experience gave EG enough confidence to go high ground in the top lane after 25 minutes, and, thanks to all the summons, Necrobook minions and Plague Wards, they evaporated the top buildings within seconds in addition to wiping VG and forcing buybacks before they finally backed off. Fully in the driver’s seat, the flow of the game was now completely in EG’s favor. The immediate response push by VG proved to be fruitless against the overwhelming teamfight presence on the Dire side, resulting in another big setback for the Chinese.

In a last-ditch effort, VG tried to leave base and contest Roshan, who wasn’t even up at the time, while EG’s summons kept split-pushing into their base. Caught outside their base, EG made quick work of the disorganized VG lineup. Contrary to game one, enough teamfights went EG’s way to prevent Black^ from running away with the net worth lead, with the entire enemy team catching up in gold and experience. With great execution, EG drew even in the grand finals series, the score now sitting at 1-1. 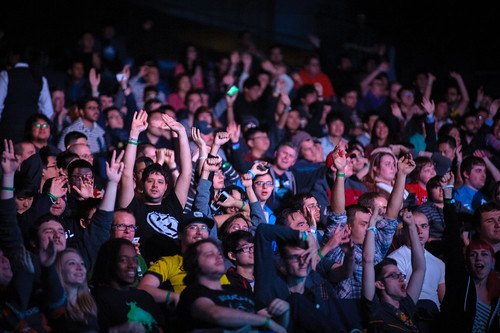 Of course the grand finals would go all the way to three games for maximum excitement! VG switched up their core picks for the all-important last game by sending Black^ mid with Invoker, handing iceiceice his Timbersaw and giving the safelane farm to Super on Centaur. The rest of the draft can be described as tried and true. The support duo for VG ended up as the usual SK plus Skywrath, while EG’s pushers of choice this time around were Jakiro and Nature’s Prophet, who settled on the Radiant bot lane for the start. Arteezy got his Shadow Fiend yet again, leaving Fear as the offlane Tidehunter and ppd as a roaming Omniknight. As expected when looking at EG’s recent games, all three tier one towers were once again taken down before the 12 minute mark, giving them an early economy advantage. VG dealt with this the same way they did the entire series – by looking for pickoffs with the roaming Sand King/Skywrath support duo with the help of Invoker Sunstrikes. Unlike the other games, EG were not actually under pressure to finish the game early thanks to Omniknight making their Shadow Fiend a scary late-game carry. On the other hand, VG didn’t draft a traditional hard carry for themselves, so even though they managed to get great farm on their three cores during the mid game, they didn’t have enough to pressure the tier two towers on Radiant.

With the match looking to turn into a late-game affair, VG warding took control of the map and gave them the route to a 30 minute Aegis. However, even that wasn’t enough to break down EG, who executed a great teamfight with pdd dropping clutch heals on Arteezy to save their carry from near death. Eventually Black^ got the space in top lane to solo down the tier three tower thanks to the rest of his team keeping the EG heroes busy, giving them a great entry point for future split-pushes. But, even with the gold and experience advantage, this still felt like anybody’s game.

EG ended up winning some teamfights because they could keep their Shadow Fiend alive, but past 40 minutes VG’s aggressive cores started getting too tanky for EG to bring down with their limited damage output. Not even a farmed SF plus double Ravage on Tidehunter could decide the all-important base fights in end, with Timbersaw and Centaur just running amok through the EG lineup while Invoker had all the time in world to dish out huge amounts of damage. The final blow to EG’s hopes was a complete teamwipe at 45 minutes, which signaled the end of the game and gave Vici Gaming the all-important game three win. Vici Gaming are your ESL One New York champions after defeating Evil Geniuses 2-1 in the grand finals! 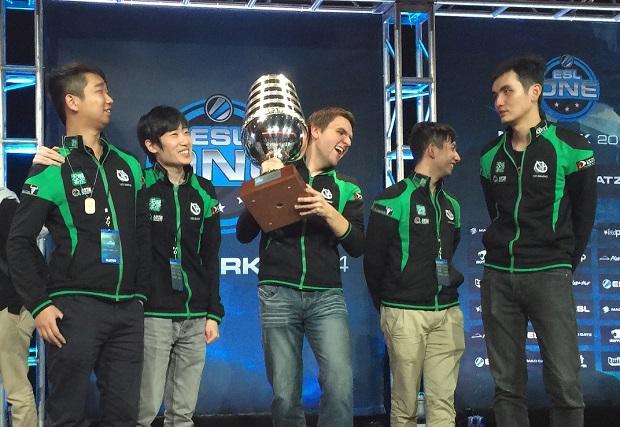 Check out our semifinal recaps below:

The last two days have provided us with some of the most exhilarating and creative Dota 2 games yet. Outstanding player performances, surprise hero picks and innovative strategies – ESL One New York had it all, and with Vici Gaming taking home the trophy after an epic clash with Evil Geniuses, we had the perfect end to an epic couple of days of competition.