The first ever ESL ESEA Pro League super week is upon us, and throughout it the best CS:GO teams in the world will go toe-to-toe in their respective divisions right into the weekend. To catch you up and prepare you for this weekend’s big matches, now’s your chance to check out our recap of what transpired last week below!

Last week, the big slump story was Ninjas in Pyjamas failing to showcase a positive record after having played five games. While the Ninjas are still in a deep funk following their loss to Hellraisers this week, the situation of one of their rivals in the European division is much more dramatic.

For the German PENTA eSports, the ESL ESEA Pro League was supposed to be the next chapter in a rather successful streak of events. After becoming a Legend team at the DreamHack Winter 2014 major with a top eight performance, PENTA eSports was suddenly on the map. Just this week they took the next step after the recent roster shuffle, signing all their players to full-time deals to enhance their focus. However, all these measures might be too late to salvage the damaged ESL ESEA Pro League season, in which the team is failing on all ends of the battleground. After the first half of the three-week period, PENTA eSports is down 1-8 in the rankings and currently making the strongest case for a last place finish in the European division. 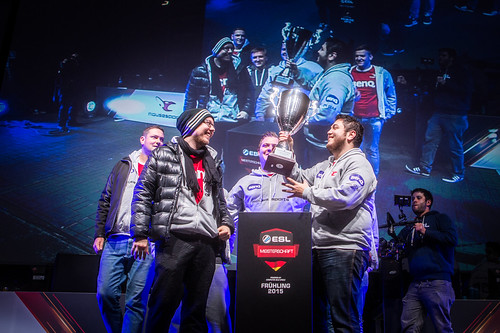 mousesports on a roll with the new roster

Holding up the German CS:GO flag in the meantime is mousesports. The long-time flagship German Counter-Strike team recovered from a rather mediocre 1-4 start in the first week, scoring two massive wins over the opposition: not only were they chalking up wins but also signature wins against some of the strongest teams in the world. First the French EnvyUS fell to mouz, followed shortly by their fellow countrymen Titan. Those two wins brought mousesports back to a 3-5 scoreline, with another game waiting on Sunday.

Other major news in the European division was the loss of Fnatic with the previously undefeated juggernaut of the European division having to concede a defeat to arch enemies TSM during the week. With that loss, Na’Vi – who at this point have only played in two games – are the only undefeated team left in Europe. Despite the loss, Fnatic remains at the top of the standings with 5-1, followed by Virtus.pro (5-1), TSM (5-3), EnvyUS (4-2) and Danish surprise team Dignitas (4-2).

Cloud9 back as NA’s pinnacle

As the North American CS:GO scene gets increasingly stable following the big shifts and ripples of the NA shuffle, the ESL ESEA Pro League is shaping up to be a close and exciting race for the teams involved. With everyone desperately trying to determine who’s got the best out of the roster changes, Cloud9 is building up a significant case for the claim.

Ever since the baby blue brand made the switch from Semphis and Shazham to fREAKAZOiD and Skadoodle, their results have been on the up and up. The addition of Skadoodle especially gave the team the AWP capabilities they lacked for a substantial amount of time, and his clutch AWP performances – coupled with everyone else in the team stepping it up – has made Cloud9 into the only undefeated team left in the American division.

Thursday’s big clash of unbeaten teams C9 and the Brazilian Keyd Stars saw Cloud9 emerging victorious. In the clash on Dust 2, new recruit fREAKAZOiD brought his A-game, having one of his best performances under the Cloud9 banner yet. In the end, a 16-12 advantage went Cloud9’s way, pushing the first loss in the ESL ESEA Pro League season onto Keyd Stars. 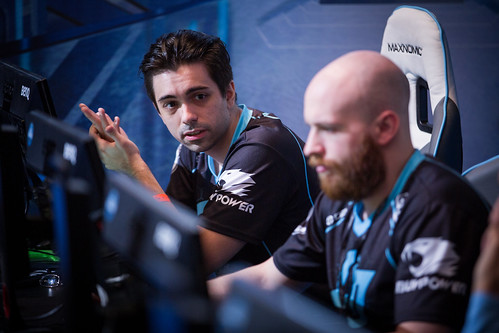 CLG continues to win, even without ptr

Outside Cloud9’s shiny undefeated record, other teams that have recently been shuffled around are also performing nicely. On top of the rankings with a 6-2 record are Counter Logic Gaming and Nihilum. Both teams underwent big roster changes before the ESL ESEA Pro League kicked off, and are now reaping the first fruits of their success. Other shuffled teams are not looking as good, however, proving that roster changes are not always the best course of action.

Tempo Storm, with new player Shazham, have found themselves down with a 2-5 record, giving the first win to affNity during the week. It’s the same story for Luminosity Gaming with new AWP player ptr. After a successful honeymoon week and several close OT performance last week, the routine caught up to them. An OT loss to mouseSpaz and a loss in regulation against Cloud9 are putting them down 0-2 this week, meaning they must focus everything on their Sunday night clash with Canadian team Ace Gaming MSI in order to get back to a positive record.

A weekend packed with CS:GO action is almost here!

Today is the break day, both the calm after and before the next storm, with the weekend presenting a unique opportunity for teams to salvage an otherwise mediocre week and put a good spin on it in the end.

In Europe, this opportunity is especially important for Ninjas in Pyjamas. The double header on Saturday and Sunday might be the saving grace of their entire ESL ESEA Pro League campaign after starting off on the wrong foot. For an established team like NiP, must-win situations in week three are rare. However, under these circumstances games against Flipsid3 Tactics and HellRaisers need to go in favor of the Swedes otherwise the meeting with PENTA eSports and Na’Vi on Sunday will put even more pressure on the Ninjas. 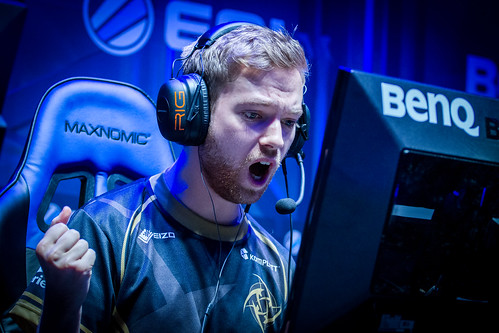 While the focus might be on NiP and their four matches this weekend, the big clash at the top of the division will take place on Saturday at 20:00 CEST between Fnatic and Virtus.pro. Winner of that match will at least temporarily claim the number one spot in the standings, lording over the entire European CS:GO elite.

In North America, the double feature of Cloud9 and eLevate kicks off the super week. In back-to-back matches, the two teams will clash on Cbble and then Mirage, with eLevate trying to return to their winning ways and ending C9’s undefeated streak.

After that, mouseSpaz and affNity collide in back-to-back games before Keyd Stars and Team Liquid set up for the key matchup on Sunday. Keyd Star needs the win to stay in the race for the top spot of the division, while Liquid needs points on the board to not fall off completely.

This weekend’s ESL ESEA Pro League matches will be a feast for CS:GO fans everywhere, so make sure you don’t miss any shot, grenade or scope!

To follow all the action in Europe, tune in to Twitch.tv/ESL_CSGO, while the North American action will be taking place at Twitch.tv/ESEA.

To stay up to date with all the standings, matchups and odds for the matches as well as update your ESL Fantasy roster, head over to the official tournament site, and stay tuned to ESLGaming.com for all the latest recaps.