The first three weeks of the prestigious ESL ESEA Pro League are now in the books, finishing the first super week in style. For the first time in the league weekend matches were held, giving CS:GO fans even more exciting matches to tune into. With teams like Ninjas in Pyjamas, EnvyUS, Fnatic, Cloud9 and Keyd Stars all in action, the long weekend turned into a festival of top-notch CS:GO esports.

The main story of our last two recaps was the struggle of Ninjas in Pyjamas. The Swedish team and its legendary players had some ups and down in their performance across the board recently, with the downs seeming to happen in the ESL ESEA Pro League. Heading into the weekend, the message was clear: it was do or die time for the squad. With five matches on Saturday and Sunday, the opportunity to end the struggle was clear – and it was one the Ninjas didn’t pass up. 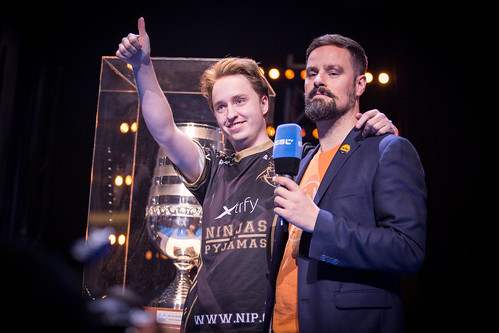 Thumbs up for NiP’s weekend performance

Starting out the Saturday on a high with a crushing 16-5 win over French rivals Team EnvyUS brought back memories of the glorious NiP team fighting for major titles. However, this image only lasted for a little while, with NiP following up this great performance against a top team with a rather mediocre showing against HellRaisers. For the second time this week the Ninjas had to concede to HellRaisers, leaving their fans with mixed emotions.

However, all those were erased right away on Sunday when the Ninjas showed up ready to roll in prime form. In a nailbiter of a match, they got past Na’Vi on Train, following that up with two back-to-back wins over Ukrainian team Flipsid3 Tactics. With these results, NiP leveled their record at 5-5, catapulting themselves to fourth place in the standings. Still above them are the big three of Europe at the moment: Fnatic (7-1), Virtus.pro (5-1) and TSM (5-3).

The European division is shaping up as the fans and experts predicted – the top teams of the region are marching in front, winning their matches and most of the time doing so without any doubt about their dominance. The American division, meanwhile, is a rollercoaster of emotions, with teams suddenly pulling out great performances and wins, turning the predictions upside down.

The best example of this of late is affNity. After not having won a single game in the first two weeks and being one of the sole teams who hadn’t won in the ESL ESEA Pro League at all, the team suddenly started outperforming every opponent. After their upset win against TempoStorm earlier this week, they followed it up with three more wins – including a shutout 16-0 display of dominance against mouseSpaz. With that sudden increase in performance, affNity is slowly but surely climbing the ranks and back to an even record. Starting the week at the 12th spot in the standings, they now occupy the 8th, looking to get even higher in week four.

Up higher, the results are also all over the place. After Cloud9 and Keyd Stars looked like the absolute favorites in the American division, both had to suffer defeats and were pushed to the brink. In Cloud9’s case, they couldn’t carry over the momentum of the clutch Keyd Stars victory, going into an absolutely great series against eLevate. On Cbblestone, the baby blue brand edged out a victory, surviving by the skin of their teeth in Overtime only to give up their first game of the season on Mirage.

On the other side, Keyd Stars suffered defeat twice this week after closing out the first two weeks with a flawless record. In the clash of the titans against Cloud9, a loss was nothing out of the ordinary or realm of possibility, but their loss to Team Liquid on Sunday night raised question marks not only because of the recent performances of both teams but also because of the map. Mirage is known to be one of the best maps for the Brazilian roster, the map they upset Fnatic on at ClutchCon. Their perfect smoke executions on T side and great coverage work on the CT side gave teams in Katowice enough cause for concern to ban Mirage against Keyd Stars in most cases. However, despite all that Team Liquid walked out of the match victorious, making the week a mediocre one for Keyd Stars.

Five teams with six victories are now on top of the American division, with CLG at the very top closely followed by Cloud9, Nihilum, Keyd Stars and Team Liquid. For eLevate, the win and close series against Cloud9 not only helped their stock in the standings but should also boost their morale for the tasks ahead.

Up next: a full week of CS:GO

The ESL ESEA Pro League continues tonight with PENTA eSports trying to mount a comeback into the league. The Germans have only won once this season thus far – against their fellow countrymen mousesports – so now they are in a very similar situation to the one that NiP was in last weekend, with every single match being important. On Monday night all their confidence might have drained out of them, losing to NiP and their country rivals of mousesports. Still, plenty of matches are left to be played and PENTA, as well as mousesports are on full duty throughout this week. Almost every match is featuring the German flag for the next few days with PENTA and mousesports taking on the world. 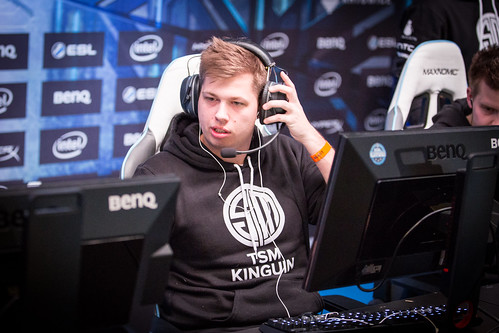 Will karrigan guide his team to a great week four?

The big match of the first week though has nothing to do with Germany, but more with the Scandinavian battle between TSM and Swedish rivals Ninjas in Pyjamas. After NiP got back on track last weekend, they are looking to extend their streak against one of the favorites in the entire Pro League.

The American division, on the other hand, will be off to a slow start due to Memorial Day, with all the teams getting a much-deserved break from the high-level competition on Monday. On Tuesday the action returns to North American servers everywhere with Cloud9, Team Liquid, eLevate and Nihilum to take to the stage. 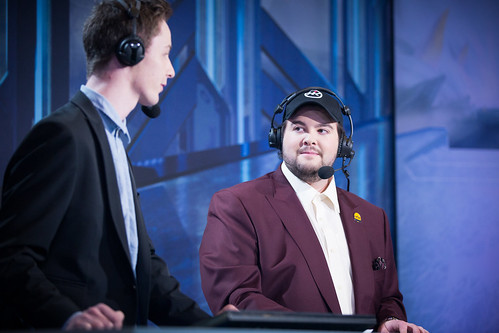 Hiko traded the mic for mouse and keyboard again, and is now up against his old team

The Tuesday night CS:GO action will only be an appetizer, though, as the really big clashes are happening on a stacked Wednesday evening. Kicking off the night will be the streaking affNity against Cloud9, who will take on Nihilum later on that night. For the first time in the ESL ESEA Pro League, the two teams will collide – a battle of former teammates that will see n0thing, sgares and shroud go up against Hiko and Semphis in a battle for pride, bragging rights, supremacy after the NA shuffle as well as a prime spot in the American division.

To follow all of the action in Europe, tune in to Twitch.tv/ESL_CSGO, while all the North American action will be taking place at Twitch.tv/ESEA.

To stay up to date with all the standings, matchups and odds for the matches as well as brush up your ESL Fantasy roster, head over to the official tournament site, and stay tuned to ESLGaming.com for all the latest recaps.