The big Dota 2 showcase set in New York City is less than three weeks away now. With only limited time left, the qualifiers are coming to an end, dreams are shattering, fates are dangling and tickets are being punched. On top of that, great storylines are emerging, teams are doing the unthinkable and stars are falling – ESL One in a nutshell.

The big news of the third weekend of qualifier action was Cloud 9, with the international team with four different countries under its light blue banner having clinched the first European spot. As well as having to go through a tough opponent in Alliance to do so, they also overcame both the odds and connection issues. Swedish player PieLieDie dropped in and out of the game, apparently getting DDoSed throughout the contest. On the first map, the issues seemed to be resolved after the second time he disappeared from the server, but on the second the problems continued.

Alliance was fed up, the commentators were going insane as they attempted to kill time and Cloud 9 was trying to figure out the best course of action in this difficult situation. In the end they agreed to continue the game 4v5, and surprisingly enough saw success with it. One of the players took over control of PieLieDie’s relatively farmed Vengeful Spirit, keeping landing spells and making sure he remained a factor. These micromanagement skills coupled with Cloud 9’s lineup’s great teamfighting ability cut deep into Alliance multiple times. Eventually Vengeful Spirit’s rightful player returned and spent all of his money, with Cloud 9 clearing the air and the battleground on several occasions. Cloud 9’s push, counter-push and teamfighting ability combined proved to be too much to defeat, with the new and improved Alliance seeming quite out of their element.

This marks not only the first European team to make it to the Big Apple to compete for the ESL One trophy but also shines a light on the shifting power rankings in European Dota. Last season it was mainly Alliance who pulled out important victories over Cloud 9, most notably at the DreamLeague grand finals in Sweden. Since then, both teams have adjusted their roster and added new players. It was initially thought to be a questionable move of Cloud 9’s to let their big star and mid player SingSing walk, but replacement FATA- stepped smoothly into the role and helped the team get even better. They might have lost star power with the departure of the Dutch fan favorite, but their game now seems better than ever.

On the other side is ailing giant Alliance, who took another step back. For most of the qualifier they looked like the [A] of old, scoring victories in commanding and dominant fashion. The clash with Cloud 9 exposed some weaknesses once more, especially one particular old criticism. Yet again they tried to pull out heroes and strategies that worked for them during the TI3 era, when r[A]t Dota was a popular meme. Now teams seem to have adjusted and are better equipped to counter constant split-push lineups. Innovation in the form of Tusk and Undying didn’t quite pay off as they surrendered Visage and Drow Ranger to Cloud 9 in game two. The road back to dominance for Akke, Loda, Bulldog and the two new official members when they’re introduced will be long, but so is the season. The Big Apple is not yet completely out of reach, but either Power Rangers or xGame.kz will certainly try to make this ailing giant fall. 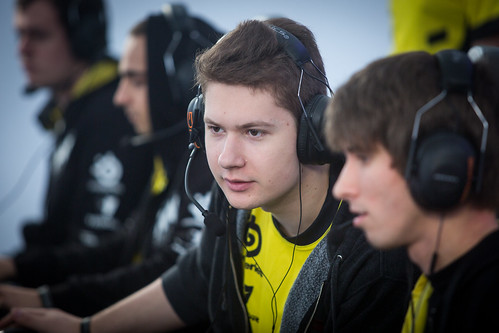 Not even a quarter of a year ago, Kuroky and Puppey were still rocking yellow Na’Vi jerseys in Seattle. The Ukrainian organization was the poster child for Dota 2 excellence, with three consecutive TI grand final appearances and the trophy of the first ever International to their name. However, since then not even the most constant figure in Dota 2’s competitive scene, Estonian legend Puppey, proved safe from the whirlwind that is the post-TI shuffle, with he and Kuroky leaving to make room for VANSKOR and fng. The east European team was restocked, refueled and ready to maintain their dynasty, but Kuroky and Puppey already had plans for the future. Alongside other ‘castaways’ from competitive teams that disappointed at the most recent International, the two former Na’Vi members joined forces with S4, BigDaddy and Fly, which at first looked like a strange mix on paper.

The composition didn’t quite make sense, with an abundance of support players, no real hard carry and potentially too many cooks attending to the drafting broth. After all, Puppey, S4 and BigDaddy used to be under center for their respective teams, while Fly is one of the most legendary captains in another MOBA game, Heroes of Newerth. Despite this, the team worked it out, rotating Kuroky at the top of the farm priority list, letting S4 stay where he felt most comfortable and figuring out the rest during game time. Position four and five usually switch between the Danish BigDaddy and Estonian Puppey, with Fly usually taking over the three spot. The unlikely alliance grew together in no time, and is now well on its way to entering the first big event of the season.

However, the only stepping stone on the way to the Theater at Madison Square Garden is a very familiar foe: it will be the reunion of Puppey and his long-time teammates Dendi and XBOCT as they fight for a ticket to New York. 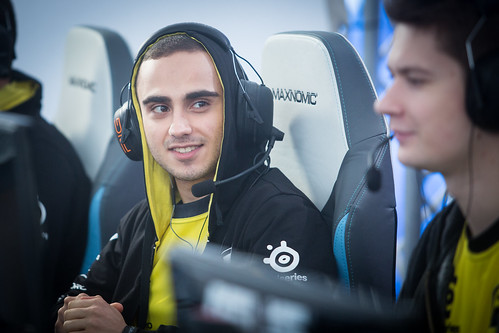 Predicting the outcome of this clash is a tough call as emotions run high and shared histories deep through the storylines. As teammates and partners, the three cornerstones of the old Natus Vincere roster went through thick and thin, suffering through two TI grand finals losses while still having the memory of a lifetime from their first International victory in Cologne. For more than three years they played together, traveled together and entertained the masses – how will things go now?

If anything is a reference, we all saw that Dendi didn’t shy away from meeting Puppey on the field in the two consecutive All-Star matches in Seattle – he even relished the opportunity. However, now he will not longer be doing it for fun. Who will go through and finish off the qualifier undefeated, the Ukrainian powerhouse with their two new additions or the new mix of all-star players with something to prove?

Too big a stage

The success stories in such a qualifier are normally accompanied by heartbreaking losses and dreams crumbling. The ESL One EU qualifier is no different, with only eight teams remaining in pursuit of four slots. Old dynasties and new star-studded teams have started this journey with only the the Theater at Madison Square Garden on their minds. Now they will be in the audience, watching as the scene’s main attractions battle for all the glory.

The most surprising exit early in the contest might have been Meet Your Makers. The roster went through alterations in order to shake off the losing streak the team was on before TI, but now they seem to have fallen right back into their old pattern. BabyKnight was brought in almost as a savior for the eSports organization’s Dota 2 dreams, but now the regrouping process has to start all over again. The clear and decisive loss to Secret Team was followed by a contested battle with Power Rangers, but in the end the team from Belarus pulled ahead and won, with MYM out and the Rangers moving on.

Power Rangers continue to be one of the more surprising teams in this qualifier. After MYM they sent home Moscow Five, and are now set to square off against the biggest upset team left standing: xGame.kz.

The team formerly known as Next.kz have already demonstrated flashes of brilliance in a grueling upper bracket battle with Fnatic, but their real time to shine came in the lower bracket. The fear of constantly getting eliminated from one of the biggest tournaments at the time can be paralyzing, but not for xGame. First they kicked out new French hope Denial eSports before sending shockwaves through the entire community by eliminating Team Empire. The Russians were almost able to beat out Cloud 9 only a week before to get themselves into the upper bracket semifinals, but then they were out of action in the second round of the lower bracket – tragedy at its worst.

Team Tinker also suffered the same fate, losing against Virtus.pro in the lower bracket. VP then proceeded to take revenge for their little brother Virtus Pro Polar and knocked out Fnatic. With names like Fnatic, Team Tinker and Team Empire all out of the mix, young and fresh teams have a chance at challenging the old world order and making a name for themselves. The deciding matches for the last two spots in round four of the lower bracket will be all about this, with Virtus.pro taking on either Na’Vi or Team Secret while the old dynasty of Alliance will face the new kids on the block in the form of either Power Rangers or xGame.kz – but who will grab the final tickets to Madison Square Garden?

Join Cloud 9 and all the other teams at ESL One New York this October – grab your seat today!

Commentary for these final matches will be provided by Capitalist of joinDota, who has brought you all the action throughout the past three weeks. To stay updated on all the latest results, news and interviews, be sure to keep an eye on the official ESL One website.

You can also check out our previous ESL One New York coverage below: