“With the addition of skins, CS:GO started to breathe and got the attention it deserves”: interviewing YouTuber Rechyyy 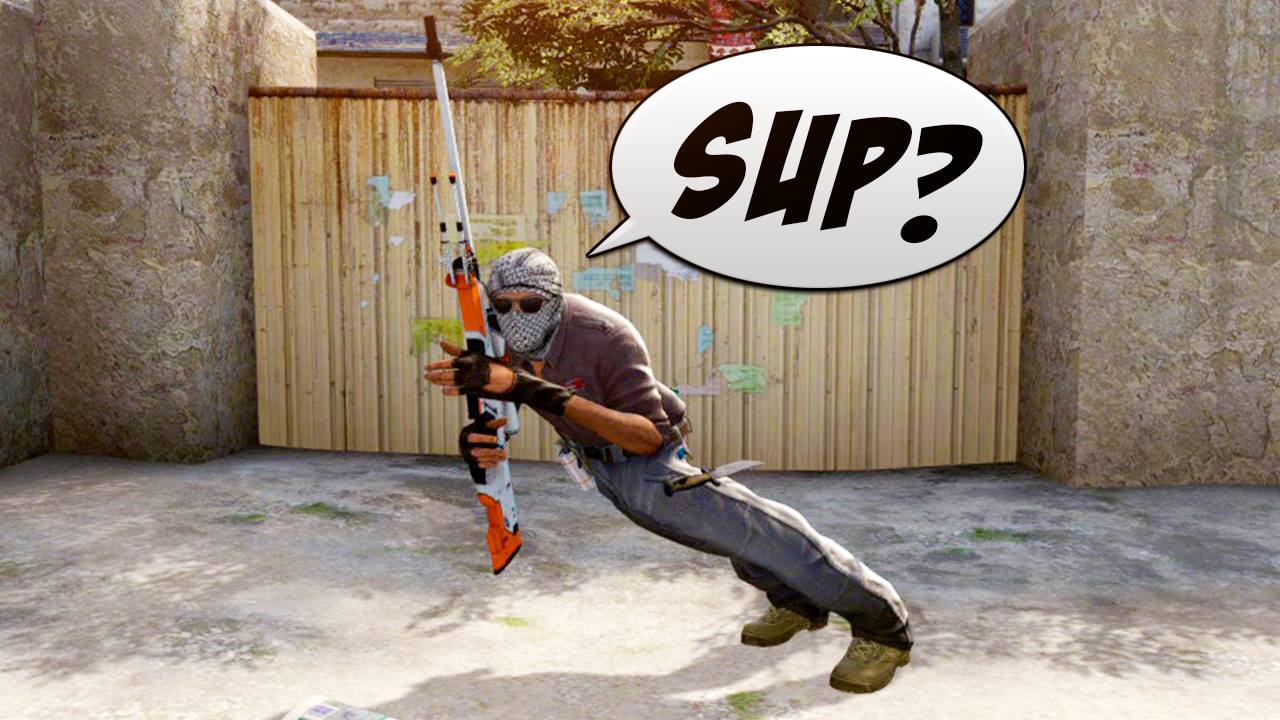 Intel Extreme Masters San Jose will feature top League of Legends and CS:GO teams battling it out for the IEM trophy and the US$150,000 prize pool. But the amazing matches to come will not be the only attraction of the event, as we will have popular content creators visiting SAP Center.

We chat to one of the invited YouTubers, Stefan “Rechyyy” Rech, about his videos, his history with CS:GO, the game itself and esports.

ESL: Hi there! Firstly, please introduce yourself and tell us what kind of content you produce and share on your YouTube channel.
Stefan “Rechyyy” Rech: Hello there everyone! My name is Stefan Rech and I am a 25-year-old gamer from Germany. On my YouTube channel I upload a wide-range of CS:GO related content such as event highlights, skin showcases and community compilations showcasing the most awesome plays from my viewers.

ESL: How did you end up making videos about CS:GO and deciding that they will be the sole focus on your channel?
Rechyyy: My YouTube channel started back in 2008 when I was a big fan of the old-school Counter-Strike Fragmovies. The Kodiak Series, Jaegarn X,  Annihilation 2, Surreal and many more – All those motivated me to create my own Counter-Strike videos and I eventually created the Incorporated videos which to my surprise became quite popular back then.

However when CS:S started to lose it’s player base I switched over to games like Call of Duty and Battlefield and began to create videos on those games. When I heard about a new Counter-Strike coming out I got really excited but was absolutely disappointed when I played the beta on day 1 – I am sure I wasn’t alone with that disappointment. Luckily after countless updates Valve managed to make this game the Counter-Strike we all enjoy playing these days and I went back to my roots and continued making Counter-Strike videos.

ESL: There’s a variety of videos on your channel including tournament highlights, case openings and snippets from your own matches – which types of videos do you enjoy making the most?
Rechyyy: As a skin collector I have the most fun making videos when a new weapon case is released. I always have a good time running around with the latest set of pixels and record some showcase and gameplay videos on them. But on the usual days I enjoy making my Clutch or Kick! videos the most. While it’s always a very time consuming job watching through hundreds of community demo-submissions and pick the best ones it’s amazing to see how some people manage to win certain 1vs5 situations.

ESL: What is your favourite thing about CS:GO and its community?
Rechyyy: My favourite thing about CS:GO is that it brings people together. When I was around 16 years old me and some friends used to play CS:S together regularly but when CS:S started to disappear and people started to get jobs or moved to other places we slowly lost contact to each other. Now with Counter-Strike as big as never before we got in touch again and play together on an almost daily basis.

ESL: The CS:GO scene, both casual and competitive, are growing bigger and bigger – why do think that is?
Rechyyy: Skins! Before CS:GO introduced it’s addicting Money Waste Simulator, also known as Case Openings, the player base was very small. You could say that, with the addition of skins, CS:GO started to breathe and got the attention it deserves. People love expensive pixels and customization. And people love to bet those pixels on teams. While betting obviously has some negative points it helped the game grow to the point where it is now. More and more people now notice Counter-Strike and more and more people start to play and watch it. I have no idea where the end is but I hope we are nowhere close yet. I would love to see esport growing as big as football one day and becoming something that we can watch on TV every day.

ESL: Let’s talk esports. What are your favourite memories from the CS:GO events you’ve attended so far?
Rechyyy: DreamHack Winter 2014 – It was the first time I attended an event where a big CS:GO tournament took part. Busy with work all day I sadly missed most of the matches but I got some spare time late in the day and finally managed to watch a match. It was NiP playing against Virtus.Pro on Nuke. The first match I saw live was a breathtaking and intense fight that went into double overtime. I couldn’t have asked for more than that experience. The atmosphere in the crowd was sheer insane and this was the point where I knew esports is here to stay and that I want to keep making videos for Counter-Strike.

ESL: Are there any plays that happened in the competitive scene that you just can’t forget?
Rechyyy: Happy’s 5k Deagle on Inferno. Are you kidding me!

ESL: Which teams do you enjoy watching play the most?
Rechyyy: In general, I don’t prefer watching certain teams. I simply enjoy watching Counter-Strike on a high level but if I had to make some picks I would go with Virtus.Pro, TSM, NiP and EnVyUs.

ESL: CS:GO is coming to San Jose and so are you. What are your predictions for the next stop of Intel Extreme Masters?
Rechyyy: With all the upsets that happened during DreamHack Cluj I find it really hard to make any predictions at the moment. But looking back at how well G2 performed towards the end of the tournament and that just one round could have changed the outcome I see G2 doing very well at San Jose as well. I would love to see EnVyUs vs. G2 in the final!

ESL: What are you most looking forward to?
Rechyyy: I look forward to see some good and intense Counter-Strike at IEM. I also hope that I will meet many of my American viewers at the event and have a great time at the YouTuber signing session.

ESL: Thanks for chatting with us and enjoy Intel Extreme Masters San Jose! Do you have any shoutouts you’d like to make?
Rechyyy: Thanks for the interview! I’d like to thank all my friends and viewers that supported me during my YouTube Journey so far. Shoutout to all my CS:GO buddies such Tweeday, Mojo, 3Kliksphilip, Sparkles, McSkillet, Trilluxe, Biba and those I forgot (I am sorry).

Remember to check out Rechyyy’s videos on his YouTube channel! If you want to meet Rechyyy and other great content creators at Intel Extreme Masters San Jose, be sure to grab a ticket here. You can also contribute to event’s prize pool by taking part in Amazon’s special deal on gaming gear right here.