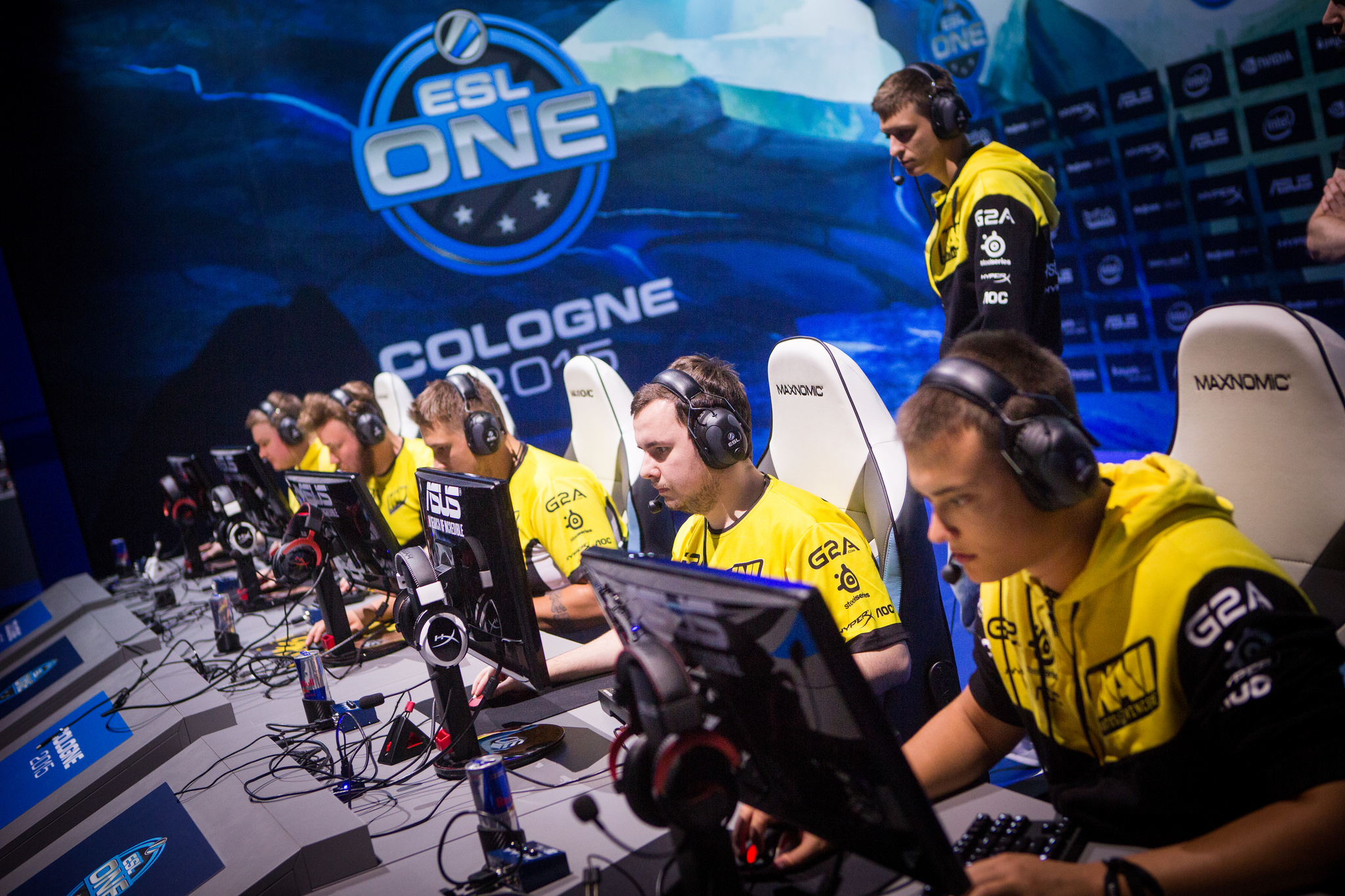 Since the inception of competitive CSGO as a mainstream esports title, the name of Natus Vincere gets thrown around as a perennial contender in nearly every tournament. Strong individual aimers such as Guardian or Edward make this team a juggernaut right off the bat, but so far the major success was never consistent. Will their fate turn at Intel Extreme Masters San Jose?

Inconsistency and results flip-flopping around the standings are the best way to describe the Na’Vi team from time to time. Most of the time bad results are followed up by strong outings and vice versa. Throughout a stretch earlier this year, they were regarded as one of the strongest contender to turn their luck around and finally become the dominant squad they aspire to be. Whenever the team is mentioned, the standout quality of the bunch is Guardian on the AWP. His insane reactions can turn a game single handedly – a quality he proved to be quite effective several times in the clutch already. That skill mixed with strong individual aimers like Edward, seized and flamie, while adding the veteran captain and shotcaller Zeus to the mix as well, Na’Vi has all the tools to become great.

So far that hasn’t happened yet on a consistent enough basis. During the Summer of 2015 it looked as though the team had finally found their rhythm and groove, clinching two big titles on the CSGO calendar. It all started at the beginning of June, the beginning of Na’Vi’s good summer. Traveling to Jönköping, Sweden for the DreamHack event, they came in as a contender, but not quite a favorite. The past couple of weeks they had good results in Gfinity and the FACEIT competitions, as well as the ESL Pro League Season 1 title from April. All those accolades still couldn’t measure up to the status that favorites Fnatic demanded. It all worked out according to rankings, projections and predictions – Natus Vincere was able to get through the group stage, get through the bracket and into the Grand Finals of a DreamHack event. That is where the journey ended, on Mirage and Train against hometown heroes Fnatic.

Fueled by that success though, Na’Vi ran hot and dangerous. Every member was firing on all cylinders, was hitting incredible shots and terrorizing opponents from “A short” to “B long” – left, right and center. After Sweden the squad went to the StarLadder XIII Grand Finals, this time without Fnatic playing gatekeeper from the championship. On their home turf the Ukrainian organization reigned supreme, edging out EnVyUs in the final game with 3-1. That roll continued for Guardian and his bunch, traveling from Kiev to Montreal to attend the ESWC World Cup 2015.

Different country, different tournament, but same results, Na’Vi took home the gold, this time against Cloud 9 in the Grand Finals – shattering all the hopes and dreams of the North American fan base to finally see a NA based Counter-Strike team to win an international competition. Zeus and Co. had other plans, continuing their strides in the summer of 2015.

Sadly for them, the summer major came too late. At some point it seemed like they may have peaked too early, because despite a runner-up spot at the CEVO Season 7 LAN or the title in the CS:GO Champions League, once the world was invited to ESL One Cologne to see the next major champion crowned, Na’Vi was nowhere near the podium, nowhere near the big prize! The loss to EnVyUs ended their run in the quarterfinals – continuing their trend to place just inside the “Legend” ranks at these events. A trend that was shattered only weeks later.

Can yellow be the new gold?

It was in Cluj, at the major stage for DreamHack, where the old Na’Vi from the early summer resurfaced. After early struggles in the group stage once more against EnVyUs, the yellow brand got to play “spoiler” for the North American fan base twice. First it was the Ukrainian organization that narrowly eliminated CLG from Group D – later it was Na’Vi to take out the last remaining “NA” hopefuls in Luminosity Gaming in the quarterfinals.

They had done it. For the first time since DreamHack Winter 2014 they had made it past the top 8, into the semifinals – and they weren’t done yet. The showdown against the Brazilian team of Luminosity Gaming was as close as a 2-0 in CS:GO could possibly get. Na’Vi only managed to outscore the fan favorites from South America by only five rounds – ultimately winning 16-14 and 16-13. From narrowly escaping the Brazilians, to demolishing the Swedes: Everything seemed possible for Na’Vi this major.  Against the popular Swedish team of NiP they put on a clinic, allowing the former ESL One Cologne 2014 champs to only walk away victorious from nine total rounds. The utter demonstration of force by Na’Vi was linked to Guardian and his AWP, top fragging in both games. NiP could do nothing against the Ukrainians, so it was down to EnVyUs once more to stop them.

At this point it might already be a rivalry between those two teams, denying each other big titles constantly. At StarLadder the Ukrainians had the last laugh, in Cologne and Cluj at the major stage it was the French winning.

In San Jose it could happen again. The brackets would have that game as a worthy grand finals of IEM’s visit to SAP Arena, as Na’Vi and NV are seeded on opposite sites of the bracket. kicking off their San Jose adventure will be Luminosity Gaming. The South Americans living in California will have the capacity crowd cheering for them, but for Na’Vi this could be a good sign. In Cluj it was this quarterfinal to kick off their run, so why not repeat history and use LG as a jump start once more?

The momentum definitely seems to be on the site of Natus Vincere, who are not only coming off a big major performance, but also show their strong form in ESL ESEA Pro League Season 2 week in and week out. Sitting at the fourth position in the standings at the moment, Na’Vi is in prime position to make the LAN finals and therefore have this trip to San Jose not be the only Trans-Atlantic business trip to close out the year.

Now do they have it in them? Only time will tell. One thing is for sure though, if Guardian shows up to play, Na’Vi might just raise a banner right next to the pre-existing ones in the arena.

Natus Vincere will perform live in SAP Center at North America’s biggest CS:GO event to date. If you want to see them and other top teams live, secure your ticket here and join us in person.

You can now also contribute to the Intel Extreme Masters prize pool by participating in Amazon’s great offer on gaming gear – head over here to see the full deal.