Two down, two to go: the WCS EU Ro16 continues next week

With WCS America already set for the round of eight and GSL having theirs this weekend, WCS EU is up next. After the first two groups, which featured players such as Happy, Harstem, YoDa, TLO and San, we now know half of the players going through to the round of right. Let’s take a look at how the groups went down.

With Miniraser and Harstem in this group, we had two two players who topped Group A despite the big names they shared it with – StarDust, Patience and Snute for Miniraser and VortiX, Kas and jjakji for Harstem. However, topping their groups in the round of 32 was no more than a distant memory when Happy and Bunny, who both finished second in their groups, brought all they had to their series. 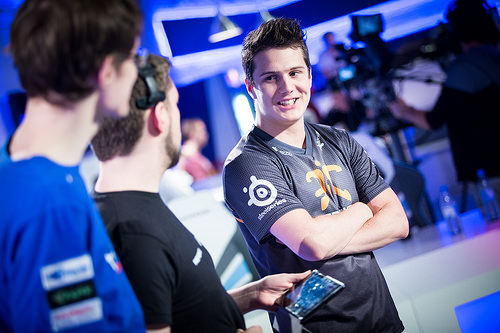 Bunny secured the first place with two 2-1 wins over Harstem and Miniraser, while Happy had to beat both of them after losing the opening game 0-2 to Miniraser. However, the Russian veteran took this chance to finish off the two youngsters, going 2-1 against Harstem and 2-0 against Miniraser to take a spot among the top eight players in Europe. The losers match between Harstem and Happy especially is one to watch, with both players showing a lot of emotion as seen in this highlight video.

See how Group A went down in the VODs. Can’t wait to see the matches live at the venue or online? Join us in person at the ESL studios or tune in to the stream!

Group B: Could TLO and VortiX beat YoDa and San?

Facing a Korean player in StarCraft II is always something of a challenge, but San, coming into the groups as fourth in the WCS 2014 global standings and undefeated in PvZ matchups in 2014, and YoDa, who finished second in the round of 32 behind MMA after beating First, were two very big challenges to complete for two of the best European players. However, a favorite is not always the one who takes the win. 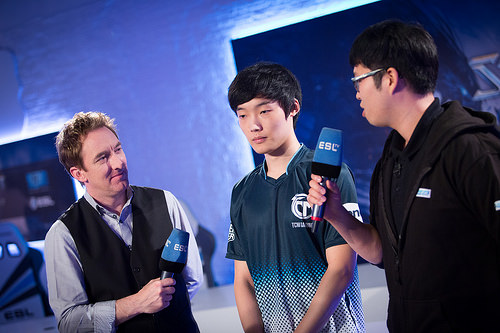 While both YoDa (2-0 against TLO) and San (2-1 against VortiX) won the starting match, San’s imperfect win spurred YoDa on to the big one. YoDa took down San 2-0, seizing first place and leaving his countryman to fight the better of the remaining players once more. However, although TLO was able to beat VortiX 2-0 in the losers match, San proved strong for him. With the match finishing 2-0 to San, the ended evening with the two Koreans advancing to round of eight.

All Group B VODs are available on the WCS site. Want to be part of the show for Group C or D? Grab a ticket and join us at the ESL studios!

Group C and D: What’s to come next week?

If you’re a fan of StarCraft II, Tuesday and Wednesday next week should be in your diary. Starting at 18:00 CEST on both days, you can follow the paths of eight more fantastic players as they try to earn a spot among the top eight in Europe.

In Group C on Tuesday, we’ll see Golden fighting for the chance to see the last of the Zerg advancing. However, with Welmu, MaNa and MMA in his way, he has to come up with something special to ensure the swarm doesn’t miss out on the round of eight.

In Group D on Wednesday, Dayshi has one of the toughest challenges of all the round of 16 players, with ForGG, MC and StarDust all in his group. If he wants to put a stop to the Korean superiority in WCS EU, he needs to win his matches and secure a spot in the round of eight. 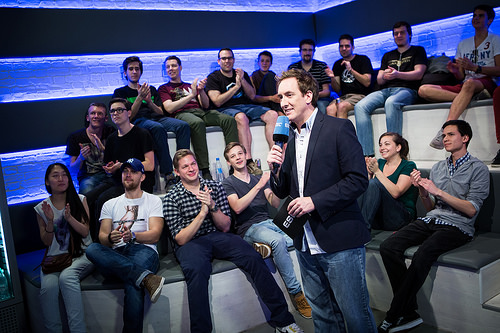 With some days still to go, make sure you pick the right ESL Fantasy players to ensure you succeed before the round of eight kicks off, and be sure to check out the WCS website for all the VODs, results and information on the upcoming matches. Additionally, for all the photos from the WCS EU round of 16, head over to our Flickr album.

Are you looking forward to the last two days of WCS EU? Let us know if you’re excited about watching the matches online or even experiencing them live in the ESL studios in Cologne below!