“This major will determine how strong each region is”: KRiMZ talks ESL One Katowice 2015

Fnatic have had an impressive run over the last couple of months. Going into the tournament as one of the favorites, we spoke to Freddy “KRiMZ” Johansson about how this situation is for the team, the pressure it creates and what their fans can expect at Katowice.

ESL: Hello Freddy, and thank you for your time. You are among the Legends of Jönköping and didn’t need to qualify for ESL One Katowice 2015. How does it feel to come back to the Spodek arena?
Freddy “KRiMZ” Johansson: It feels great – Katowice was huge last year, and with the growth of CS:GO during that year I think this event will be even bigger than the last one. I hope we will match our expectations going into this event.

ESL: For you and olofm, this event meant a huge step forward as you reached the semifinals with LGB. Was this the point where you saw that those two would be the perfect fit to your team?
KRiMZ: This event was the biggest one for us during our LGB days, but with us already playing a lot of cups and mixes together with the other Fnatic members, I think they knew how good we were already.

ESL: For many fans, you are one of the teams to beat right now. What would reaching a third major grand final mean to you?
KRiMZ: It would mean a lot. I think all our fans have the expectation for us to be in that setting, but we also share that expectation for ourselves going to Katowice. Last year it was a huge crowd, and a great one at that. Even though most cheered for VP at the time, I felt like they gave everyone a share of their support. 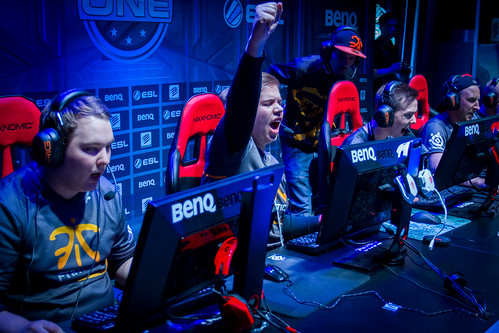 ESL: With all the criticism and hostility that your team – especially flusha – faces, do you like that there’s a huge focus on cheat prevention at offline events so he can demonstrate just how good he is?
KRiMZ: For us it’s only good that there’s a huge focus on cheat prevention, like in all Valve majors. I think flusha already showed at DreamHack Winter 2014, being the second-best player at the event, that he can perform as he always does. I don’t think flusha thinks about the cheating accusations that much – he knows how good he is and we all know that as well.

ESL: You could make history at ESL One Katowice 2015 as so far no team has won two CS:GO majors yet. Do you think it’s time to break this streak, or do you see anyone other than you, NiP, EnVyUs or Virtus.Pro winning here?
KRiMZ: I think it’s going to be tough as always, but we will try our best to secure that historic victory. I think every one of these four teams are the biggest contenders to take the title, but all teams that are in the major are strong teams, so we have to take it game by game and progressively reach our goals.

ESL: The last quarter of 2014 was very successful for your team. What did you do to transfer these good performances over to this new tournament season?
KRiMZ: We kept doing what worked for us, but kept in mind what did not work for us and improved or scrap those ideas. We are constantly changing things up to make us harder to read.

ESL: Katowice once again marks the kickoff for big tournaments in 2015. Do you think we will get a first impression of which teams may have a strong year at ESL One Katowice?
KRiMZ: It’s a hard question. If we look at 2014, all teams had their moments, and I think it will be the same for 2015 – hopefully ours will be shining the strongest. 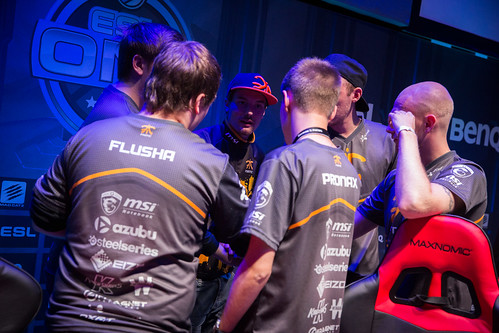 ESL: Four out of the 16 teams at ESL One Katowice are from outside Europe. Do you think it’s a fitting reflection of how strong the regions are right now?
KRiMZ: I think so, yes, but at the same time there are so many good teams that are coming from different regions now – I think this major will determine how strong each region is.

ESL: Katowice will see another huge crowd – do you have anything planned for your fans?
KRiMZ: Everyone will be able to come and talk to us, and they are welcome to. We appreciate all the supporters we have so don’t hesitate 🙂

ESL: Thank you for your time. The final words belong to you!
KRiMZ: I wanna thank all of our fans and our sponsors for making everything we fight so hard for and love possible.

From March the 12th to the 15th you’ll be able to see how KRiMZ and his team do at ESL One Katowice 2015. In the meantime, let ESL Counter-Strike keep you up to date on Facebook and Twitter!