Only a month separates the Dota 2 world from the next big offline showdown in New York. With the Theater at Madison Square Garden to play host to the spectacle, the chase for participation tickets is on. Which of the European powerhouses will make it across the pond, and who will stay at home? 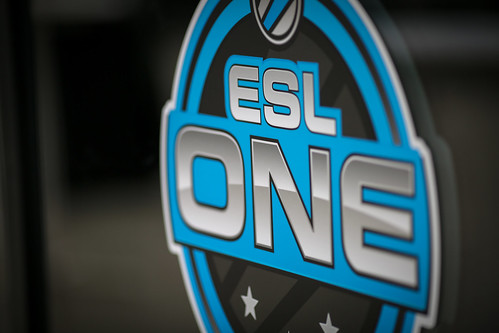 No trouble In big Russia

After another depressing record for the CIS teams aside from Na’Vi at The International 4, the ESL One New York qualifier is a shot at redemption for these squads. The three main teams Team Empire, Moscow Five and Virtus.Pro are in the mix, fighting for a chance to prove themselves. Following the post-TI4 shuffle and with team tactics and chemistry still not 100%, the CIS squads look to be in formidable form.

All three made it out of the first round of the upper bracket, beating a number of squads with potential. Moscow Five especially provided the first upset of the tournament, with the Russians sending highly praised Team Tinker down to the lower bracket. This win came as a surprise, especially after ARS-ART’s retirement just last week. The team learned of the decision without much notice and had to adjust on the fly – something they managed to do in magnificent style. Returning member PGG and his teammates gave new star team Team Tinker a run for their money, and in the end edged them out in a nailbitingly closed 2-1 series. SingSing, qojqva, EGM, BuLba and Pajkatt now have to go through several elimination matches to even have a chance at making it to New York, while Moscow Five is only two more wins away from reaching the Theater at Madison Square Garden.

It’s the same story for Virtus.Pro and Team Empire, M5’s Russian brothers. Both played some exceptional Dota 2 on the first day of their bid for a New York ticket, crushing their opposition. In VP’s case, it was Power Rangers from Belarus that stood no chance against the Russians. The Power Rangers fell victim to an easy 2-0 sweep, and now have to try and make their way through the lower bracket.

Team Empire was presented with a tough task in NVMI, facing former Empire teammates Goblak and Scandal. Scandal especially was a wildcard in this game, with him only having been on the team for three days before the match. The lack in communication and fine-tuning was palpable almost every step of the way, although the individual skill of players like Scandal provided some amazing moments, with a blind Sunstrike killing a stacking Visage in game two the highlight of the showcase. In the end, individual skill was completely outmatched by the superior coordination and better game plan of Team Empire, who barely took one hour to oust NVMI. Team Empire moves on, while NVMI has to hope for better luck in the lower bracket. 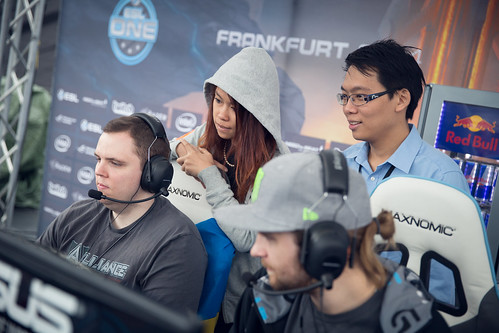 The Russian shuffle turned out to be a great success in the first round, but how would the old European powerhouses do? Cloud 9 and Alliance had spectacular answers for this question, while Team Tinker struggled.

In the world after SingSing, C9 was looking just fine with new member paS. The German mouz veteran joined fairly early in the post-TI4 shuffle, taking over the mid lane and seemingly transitioning into the team dynamic flawlessly. The qualifier team 4BT proved to be absolutely no obstacle to them, with them rolling the opposition on two consecutive maps for an easy 2-0 victory. This sets up the big clash of Cloud 9 vs. Team Empire again – a fight that took center stage in the previous ESL One qualifiers. There, the last ticket for a European squad for Frankfurt was up for grabs, and both teams met in the grand finals to fight for the tremendous opportunity to go to the Commerzbank-Arena. This time the stakes are high, but they meet three rounds before the grand finals. Will C9 rain on the Russian parade once more or will it be all sunshine when the Empire strikes back?

Cloud 9 played a newcomer in round one, while Alliance had the same story. Crypsis went through the open bracket qualifier in grand style, granting them the right to play in the main qualifier. The young team’s dream of going to the Theater at Madison Square Garden was one step closer, but the giant obstacle of a rejuvenated Alliance was standing in their way. After just two maps Crypsis had to surrender, giving in to the fact that the experienced veterans and former TI3 champs were still a little bit too strong for them. Regardless, Crypsis have made their mark, and can continue their fairytale in the lower bracket against Team Tinker. A win there wouldn’t only put Tinker in complete crisis mode – it would also springboard Crypsis into the story of the day, possibly the week. They have nothing to lose and everything to gain – one of the scariest combination for a favorite in these tournaments.

For Alliance, the road to New York is now leading to Moscow. The three old [A] members and the two stand-ins will have their work cut out for them going up against a hungry and talented M5. Nothing will be given to the former TI champs as they are on their comeback tour after the underwhelming fourth International. Right now the team looks very good, back on track and in-sync, although the uncertainty of the lineup with two official stand-ins might present some problems. The sooner the two new members are officially inducted into the family, the sooner they can really grow together as one once more, which proved to be a recipe for success before. 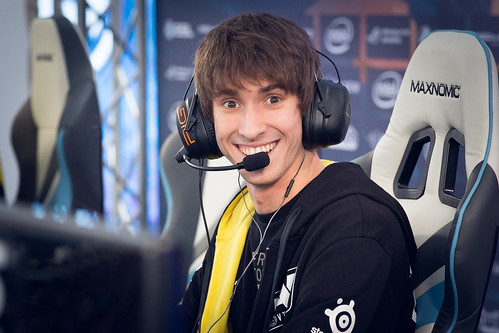 Five of eight first round matches are on the books, but big names like Na’Vi, Denial eSports and Secret Team are still waiting to make their ESL One New York qualifier debut. Most of these matches are highly anticipated, especially with roster changes going into the final phase. This, and the fact that all five matches are expected to be played on a very high level, is sparking even more excitement. Secret Team with Puppey and last confirmed member S4 will have their hands full with a retooled, reinvigorated Meet Your Makers. The Danish squad has used the offseason to refocus and add aspects like Babyknight to the mix, which has proved to be quite a nice move thus far. Now they have their first big qualifier and match coming up – can the Danes make one of the fan favorites stumble early?

The same goes for Denial eSports, who are the underdog against Ukrainian giant Na’Vi. Even though the Natus Vincere of old with Puppey at the helm is gone, the team’s magic in the form of Dendi is still intact. XBOCT and Funn1k also stayed after the team missed the TI finals for the very first time in the history of Dota 2, adding Vanskor and fng to the mix. fng especially will have to carry the burden of replacing Puppey as captain, which may prove a little overwhelming at the start of his tenure. This might be the perfect opportunity for 7ckinMad and Denial to strike and send Na’Vi straight into the lower bracket. The new French team certainly has the talent for it and have had longer to prepare, with the roster having been together for the entire offseason without the distraction of potential roster rotations or shuffle hits.

The last game in the first round is Fnatic, who still haven’t officially fielded a five man roster, against veteran team xGame.kz. After the departure of long-time members n0tail, Fly and Era, the team has played with stand-ins in all their official tournaments. Only Trixi and H4nn1 are left from the original Dota 2 team. With that uncertainty comes a price, as mentioned above. Playing with stand-ins, although they might very well be ending up with the Fnatic tag sooner or later, still gives the team a temporary vibe. The affiliation and commitment to the program is not as strong as it should be, and there seems to be more room for error. Fnatic, as one of the most accomplished organizations in eSports, was a part of ESL One in Frankfurt, and missing them on the big stage in New York would be a shame. However, this is an argument xGame.kz will disagree with, as it is their job to take them out right away. The former Next.kz squad from Kazahkstan is one of the more experienced ones and can look back at a long history of limited roster changes and teamwork. They might not be at the top of the list in the EU/CIS power rankings, but they are fierce competitors and ready to make an upset happen – at Fnatic’s expense.

For an entire breakdown of the bracket and all the information about the upcoming main even, head over to the official ESL One New York website. Click here to grab your ticket to watch the event live at the Theater at Madison Square Garden, and head over to the Dota store to get your DotaTV ticket to watch the action from the comfort of your client!