“Underestimating any team could cost you”: an interview with Fnatic’s Tom “Morte” Kerbusch

Fnatic is perhaps the strongest team in competitive Battlefield 4 at the moment, having always performed well in the online parts of the seasons and been able to secure the trophy last season. We talked to Tom “Morte” Kerbusch and discussed how the defending champion feels going into the summer season finals at gamescom.

ESL: Congratulations on qualifying for the finals of the ESL One Battlefield 4 summer season finals! How do you guys feel after qualifying?
Tom “Morte” Kerbusch: Of course we are happy, but we did kind of expect to qualify, at least. Our focus is always more on the offline event at the end of each season!

ESL: Fnatic won the previous season of ESL One Battlefield 4. Do you think the team will be able to repeat last season’s performance at this season’s finals?
Morte: We think we can repeat our success and we figure we have a very good chance of doing so. With that being said, I think this event will be influenced a lot by map vetoes and tactics as well as which team really shows up in full force on the match days. We’ve seen a lot of teams going down just because the focus isn’t there when it’s needed. Underestimating any team could cost you your spot in the playoffs already. 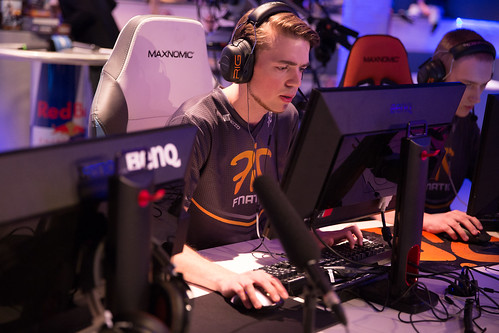 ESL: The summer season finals will feature an Australian team – how do you think the team will perform against the European ones?
Morte: I think they will struggle a lot – I’ve seen their lineup and watched some VODs. They are a good team but they just don’t have the competition over there to really prepare well for this tournament. We actually played a practice match against them some time ago and it feels like they are a bit behind on our meta and still play like the European scene did a few months ago. That being said, they did have good aim and if they can figure out new tactics and adapt to European teams, they will certainly give any team a good challenge.

ESL: You’ve been seeded in the group with GC-Topachat, Extertus eSports and Vox Eminor – how would you rate each of these teams and your chances against them?
Morte: Basically I would say we are the favorites in this group – the others are, in my opinion, all relatively equal, and every team could surprise. It all comes down to which of us performs best at gamescom itself.

ESL: If Fnatic was to once again make it to the finals, which team would you like to face there and how would it go?
Morte: Obviously we would like to face a weak team but that’s not going to happen. I expect to face either Epsilon or MYM in the finals. They always perform in a solid manner and don’t seem to be affected much by playing offline.

ESL: The summer season finals will take place at gamescom – what do you expect to see there?
Morte: I’ve been to gamescom a lot of times now and I expect to see some great tournaments and eSports moments. With multiple big tournaments taking place and a lot of fans being present, it’s always a great experience to be a part of.