The European qualifier is already in full swing, and now the North American teams are fighting for a coveted ESL One New York slot. Three teams will emerge to defend their home region and compete with the best in the world the Theater at Madison Square Garden, but who will succeed?

Head over to ESL-One.com to grab your ticket!

Top5 down, top three the goal

The debut of compLexity in the ESL One New York qualifier was highly anticipated, with the team being the newcomer in the North American region. Only two weeks ago, the former stayGreen lineup, having arrived from HoN a few months back, was selected to represent compLexity Gaming for their Dota 2 comeback. Two years after the NA organization was last seen in the Dota 2 scene, the signing up of an up-and-coming team has generated much hype.

coL had already proven their strength in other competitions against the world’s top teams, but they also revealed some weaknesses – which side would shine through with tickets for New York City on the line?

The answer came swiftly as compLexity, led by captain Swindlemelonzz, obliterated Top5 in the contest. Twice coL went for a strong lane setup with roaming potential featuring Mirana and Shadow Demon in support roles – two picks that paid off in both games. From early on in the matches, Riser and ZfreeK not only helped to win their initial lane, but also struck fear into the heart of their opponent’s lineup. The rotations were on point, disrupting the flow and game plan of Top5, who appeared to be having difficulty coping with this kind of strategy. On the back of the groundwork laid by the support, the cores quickly got out of hand, utilizing the space created to make even more trouble for Top5.

In the first game, it was Death Prophet and a Tidehunter who picked up the gold rapidly while MoonMeander’s core Jakiro saw plenty of action with his two supports by his side. In the second match, it was Swindlemelonzz on Brewmaster and Limmp on Batrider, with Moon staying on Jakiro.

The strategy worked out, and Top5 had absolutely no answers for it. Every time it looked like adjustments were made, coL took a different route and struck down a different unguarded target with a gank. In game two, Whatever on Skywrath Mage was on the receiving end of many of these ganks, giving him a sad scoreline of 1-11. With a level-dependent hero like Skywrath only at level 4 after 12 minutes and compLexity having plenty of ways to deal with his ultimate by the time he picked it up, he was effectively out of the equation. 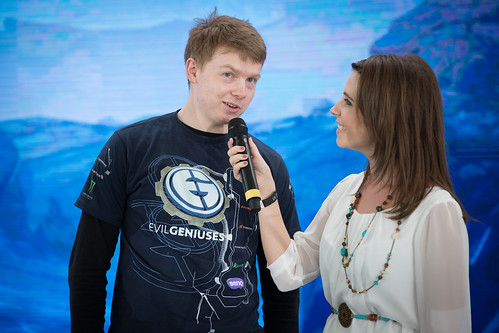 With this show of strength, coL marches forward into the upper bracket semifinals. With three teams punching their tickets to New York City, the newcomer team is only one win away from the Big Apple and their first major offline appearance. Next up is either Evil Geniuses or The Thundercats!, one these matchups having a lot of spice to it. Some rivalries and character clashes could come to the fore with the potential matchup of PPD and Swindlemelonzz, a match that the coL captain revealed to be his most wanted in a recent interview. If they meet, emotions will run high and coL will have their hands full as they face NA’s current top team.

Aside from this potential match of two nemeses, Sneaky Nyx Assassins and Na’Vi North America are starting their campaign for ESL One against two qualifier teams on Sunday, with both being favorites to advance. Gerg Squad for SNA and ROOT Gaming for Na’Vi NA are these teams’ first opponents on the road to New York – will one of them struggle and follow Top5 into the lower bracket or will they clash in the semis for the all-important ESL One spot?

You can find out the answers to all these questions by following the joinDOTA stream and checking out the official ESL One New York site. A total of three North American teams will qualify for ESL One New York – why not join them live at the event by grabbing your ticket at ESL-One.com?

Get your ESL One New York ticket now!

You can also find our recaps of the qualifier thus far below: