“The crowd and the stadium were really cool last year and I look forward to playing in that atmosphere again”: Universe talks ESL One Frankfurt 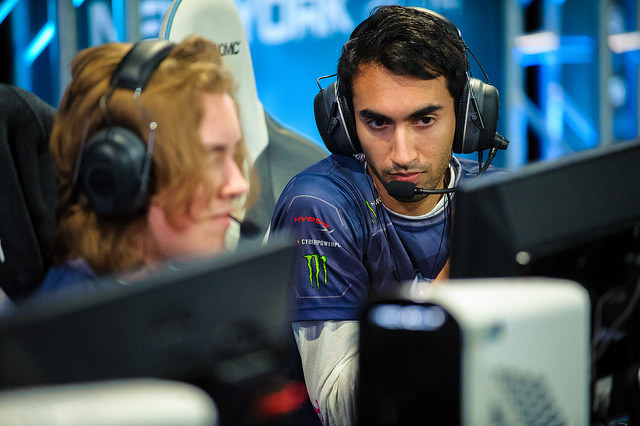 ESL One Frankfurt, the biggest Dota 2 tournament in Europe, is less than a month away, with the best teams in the world to travel to the Commerzbank Arena to battle it out for the ESL One championship title. Three of the eight attending teams have received a direct invitation to the tournament, one of them being Evil Geniuses, who took second place in Frankfurt last year after losing in the final to Invictus Gaming.

We got the chance to talk to one of the world’s best offlaners and renowned Dark Seer players Saahil “Universe” Arora. Here’s what he had to say about the upcoming ESL One Frankfurt 2015 as well as the new patch and the changes it has brought to Dota 2.

ESL: Hello! First of all, how do you feel about being invited to ESL One Frankfurt 2015?

Saahil “Universe” Arora: Great! It’s a prestigious tournament with a large prize pool and some of the best teams will be there. It’s good to not have to play a qualifier as it makes participating much easier.

ESL: How are you preparing for the tournament? Do you have any bootcamps in store?

Universe: Not sure yet. We’ll definitely practice and train beforehand but the logistics are still unknown.

ESL: Have you been following the ESL One Frankfurt qualifiers? Was there any team who stood out in terms of performance?

Universe: Alliance bounced back from their slump really well but it’s a new patch so a lot of things will be different.

ESL: Which team do you think will be the most difficult opponent?

ESL: How do you think the new 6.84 patch will affect the games? Which heroes will shape the metagame in the coming weeks?

Universe: I think it’s still really early to say. A lot of teams are still figuring things out. I think Gyrocopter, Undying and Leshrac are strong as we’ve been seeing them a lot in the qualifiers.

ESL: The changes to existing items and the introduction of an array of new items will also undoubtedly make a big splash. Which items are the big winners of 6.84 in your opinion?

Universe: Octarine Core is a big item that changes the viability of a lot of heroes. Solar Crest and Silver Edge will also be purchased a lot.

ESL: This is going to be your third time at ESL One, with you having taken second place at both of the previous two events. Do you think the third time’s the charm and you’ll secure first place this year?

Universe: We’ll have to see – it’s always a challenge and it’s hard to say how we’ll do this far out.

ESL: What was your favorite thing about last year’s ESL One Frankfurt and what are you looking forward to the most this year?

Universe: The crowd and the stadium were really cool last year and I look forward to playing in that atmosphere again.

ESL: Thank you and best of luck in Frankfurt! Any last shoutouts you’d like to make?

Universe: Shoutout to my team, EG and our sponsors Monster, AVerMedia, 100TB, BenQ and CyberPowerPC.

If you want to see Universe and other world-class Dota players in action, don’t miss your chance! ESL One Frankfurt, with its top teams, exciting matches, amazing crowd and tons of additional attractions, is not an event to miss.

To stay up to date with all the important news about the event, be sure to keep an eye on the ESL One Frankfurt official website.