The final week of the Legendary Series was hyped by the potential clash of two of the biggest rivals in Hearthstone. From the get-go the storylines were dictated by Reynad and Amaz eventually squaring off. As the event came and the chips fell down, the Legendary Series saved the battle of the two adversaries for last – a big grand finals matchup with the stars colliding.

As the tournament started, the emphasis was on the two big protagonists Reynad and Amaz for sure, with strong players like LuigEzz, BunnyMuffins and ModernLeper accompanying them. From the start it seemed destined for the two big team leaders and founders to collide, as the whole tournament seemed to be lining up just for that.

Right away in the group stage the two dominant figures of the Hearthstone streaming elite took care of business in an outstanding fashion. For Reynad it was a 3-0 sweep against underdog Domdus to kickstart his run, followed by a dominant 3-1 performance against Legendary Series returner TooWet. Those decisive and quick wins earned the TempoStorm founder the first place in his group and an automatic spot in the semi finals of the bracket.

In group A the story unraveled in a similar way. Archon leader Amaz couldn’t put his opponents away in a dominant way on the scoreboard, but he still managed to earn the necessary wins. His opening bout against Japanese newcomer cross7224 went the distance in an epic 3-2 series, followed by Amaz clinching the top spot in his group with a 3-1 against LuigEzz, one of the most respected open qualifier grinders of North America.

At the end of the group stage one thing was already clear – if the ESL Legendary Series would have the contest between Reynad and Amaz, it would be the Grand Finals match. The only people standing in their way were LuigEzz, ModernLeper, Domdus and TooWet, as both BunnyMuffins and cross7224 couldn’t muster up enough wins to remain contenders for the LAN spot in Burbank, California.

Road to the grudge finals

As the next day arrived, the final games of the regular ESL Legendary Series were upon the community and the Hearthstone scene. One of the six remaining players would have a ticket to Burbank in their pockets by the end of the day, while the other five would leave with redemption on their mind.

First to suffer the fate of elimination was ModernLeper, fighting for his majesty. The Brit could not overcome TooWet in the Quarterfinals, despite making it a close and intense series. For both players a meeting with Amaz was on the line, giving them some extra motivation to play their best. In the end it was the TooWet in his second going in the ESL Legendary Series to secure the win – a nailbiting 3-2.

Shortly after ModernLeper’s was eliminated, LuigEzz followed. The North American ladder star and open bracket master of the NESL era couldn’t do anything against newcomer Domdus. A clean 3-0 sweep put Domdus even further on the map in Hearthstone and gave him a rematch against Group B foe Reynad in the semis. For LuigEzz a good run through the Challenger series ended in an unrewarding 5th-6th place, with all his hopes and dreams pinned on the ESL Redemption tournament next week. 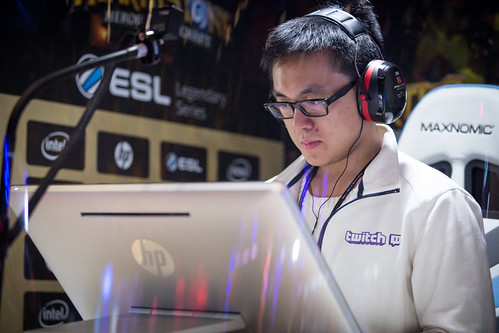 And so it was time for the stars to enter the arena again. Just as different as Amaz and Reynad are, their series went in totally opposite directions. For Amaz a small comeback was needed after TooWet won the first game. After that the player from Hong Kong put the pedal to the medal and took a firm grasp on the series in the next three games. A 3-1 victory, a spot in the Grand Finals and another good ESL tournament added to Amaz’ impressive competitive resume. For Reynad an easy win turned into a nailbiter at the end. The TempoStorm founder found himself in a 2-0 lead with only his Druid left to claim a win, which became harder and harder. A bit of greed cost Reynad the clear 3-0 sweep, leaving the door open for a Domdus comeback. It took him all of the series to finally close said door – fittingly with the dreaded Druid combo of Force of Nature and Savage Roar.

Reynad vs. Amaz, TempoStorm vs. Archon – two of the biggest Hearthstone streamers, personalities and opponents face off in a “winner takes all” kind of setting. Only the winner of this match would punch his ticket to the big LAN festivity in Burbank, California. Prestige, honor and supremacy on the line as well, making this grand finals event and instant classic.

At first it looked to go in Amaz’ favor. The Archon member got off to a very hot start with his Hunter, build in the more midrange archetype. The fast start and perfect curve of the Hong Kong native was disguising that midrange approach very well though, making it seem like an aggressive version of the Hunter class. For six turns Reynad’s Handlock struggled to find answers, couldn’t get a board clear, nor found any help in the form of a “taunt giver” to fight back. An easy win, a quick 0-1 and advantage to Amaz, who seemed to have the upper hand in the matchup straight away. 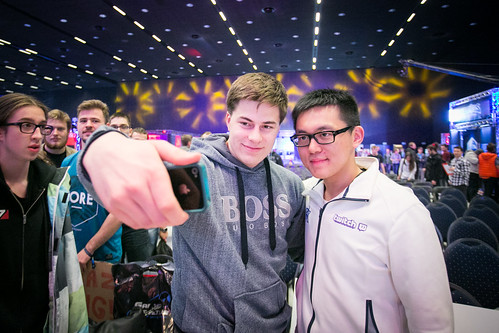 Next up was the Handlock mirror match with the better outcome for Reynad this time. From the start the board belonged to Reynad, being able to counter the first Twilight Drake with the classic Ironbeak Owl into Mortal Coil play. From that point forward, Reynad cautiously filled the board with big threats, smashed in the face of Amaz and ultimately build up a board with two Giants and a 4/10 Twilight Drake at Turn 10. Amaz tried to recover with Big Game Hunter, but the damage continued to trickle down Gul’dans health.

With the series back level again it was Patron Warrior time for Reynad. Amaz stuck to his Handlock, creating an interesting matchups with the decks. One of the newest ways of building a deck, made possible through the inclusion of Blackrock Mountain cards like Grim Patron squaring off against one of the oldest ideas in Hearthstone – the classic Handlock deck with Giants and Twilight Drakes. In the early parts of the game Patron Warrior took a commanding lead on the board, only to be wiped out by a Shadowflame. The efforts to build back the board were strong by Reynad, who had a huge turn with his Patrons and a Frothing Berserker. For brief seconds it looked like the demise of Amaz’ Handlock, until a huge Hellfire topdeck saved the day. From that point on it was Reynad hoping and praying for the Grommash topdeck to break through and put the game away, while Amaz reset his health, courtesy of Jaraxxus, followed by great efforts to build up critical damage on the board and a big wall. With outs to lethal remaining for Reynad, two Whirlwind draws come at the most inopportune time, giving Amaz time to push for lethal, winning the match with only one health remaining.

On match and championship point for Amaz it was comeback time for Reynad. In the Druid mirror the TempoStorm player found Innervate and Shade for a powerful Turn 1 play, while Amaz only found ramp. He learned the hard way that two Wild Growths without any minions is not as good as advertised, watching helplessly as Reynad curved out perfectly – despite not getting a single Wild Growth to make it smoother. The demanding board was enough and Amaz conceded, making the series 2-2 with only one match remaining.

Patron Warrior against a fast Druid with Ancient of War, Reynad against Amaz for a spot at the ESL Legendary Series LAN Finals. What looked promising and great for the Druid at first, being able to innervate out the Emperor Thaurissan on Turn 4, turned quickly into a nightmare that everyone got in on. The bane of Druids existence, multiple Grim Patrons with two health or more, that was exactly what Amaz looked at after Turn 6. In that awkward spot with Reynad putting on the aggression and having a big board, Amaz was forced to use his win-condition combo to clear the board to even stay alive at that point. What transpired then was Hearthstone in all it’s ironic beauty. With Reynad holding a 3 damage weapon and one additional damage, he was only one point off from lethal before the draw. The draw came and it was Acolyte of Pain, the one damage needed to put the game away. In one of the least intimidating ways to have lethal, Reynad pulled out the devastating two damage charge burst with the lethal combination of Warsong Commander, Armorsmith and Acolyte of Pain, tickling Amaz to death – what a way to finish!

Reynad winning marks the end of the regular season in the ESL Legendary Series Season 2. Four of the 16 finalists are determined already with Lifecoach, Kolento, Kabi and Reynad. Three invited players and one player from the Challenger Series can already pack their bags for an exciting trip to Burbank, California, while the rest of the Hearthstone scene can still fight over the remaining 12 slots. Up next is the Redemption tournament this week. All the participants from the four Legendary Series weeks get a chance to redeem themselves and have a second chance at a first impression. Four mini groups will be created with the four winners of those groups advancing to the LAN Finals. After the dust has settled on those virtual battlegrounds, it’s time for the general public to get involved one more time. The Last Chance Qualifier will give a chance to eight open bracket players to have the opportunity of a lifetime. A trip to California and a chance to fight for $25.000 USD awaits.

To stay updated on everything in the ESL Legendary Series, visit the official website.