Troels “SyndereN” Nielsen wears many hats. He is currently the head of eSports at DotaCinema, but also casts, streams, coaches and plays Dota 2. Until recently, Troels played professionally as a member of Mousesports. Now, only a few months since his retirement from competitive play, it has been announced that Troels will be casting both ESL One Frankfurt and The International 2014.

As one of the old guards of the Dota community, SyndereN has been a recognisable name in the scene since the days of Defense of the Ancients. He made his competitive Dota debut back in 2008 when he joined iMprovisation. Since then, he’s played as part of several Dota 2 teams including Online Kingdom, mTw, Wild Honey Badgers and Mousesports. He has also casted for some major events like The Defense and The International 2012.

Troels has a level of experience that many casters can only dream of. Having spent years analyzing the game and offering players new insights through his analysis, his recent retirement from playing is only the beginning of what looks to be an amazing career. 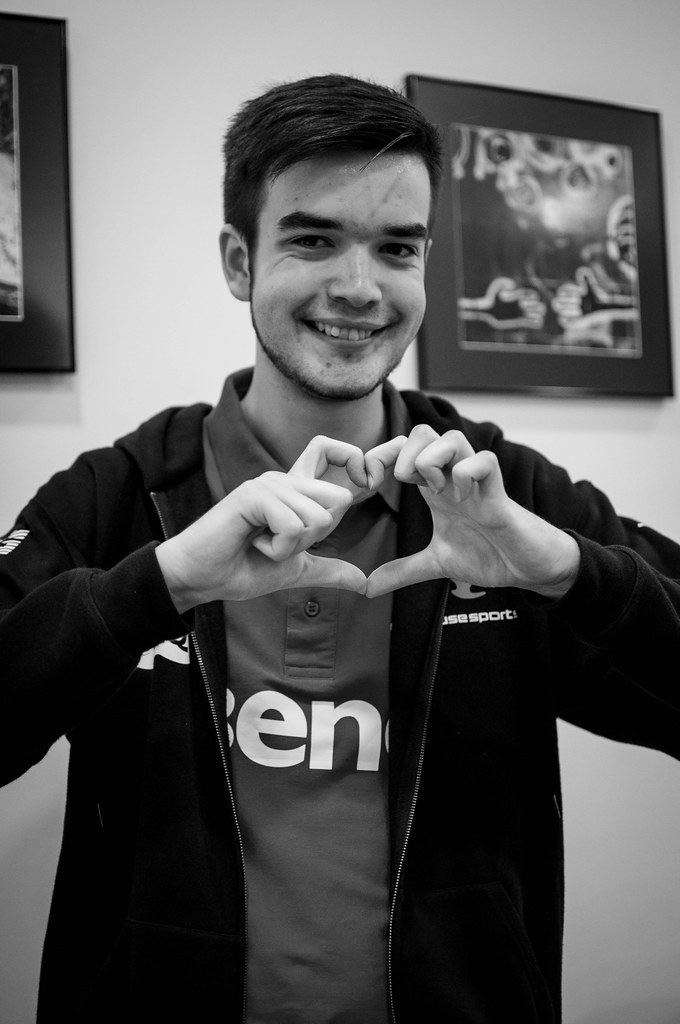 ESL: You’ve been retired from competitive play for a little over half a year now. How has the adjustment gone? Do you miss playing competitively?
SyndereN: It’s been going great. Being with DotaCinema is great – both Neil and SUNSfan are nice to work with. Our first tournament was a success, and I’ve been getting a lot of exciting opportunities such as commentating at ESL One and TI4. As for playing, I am a competitor by nature, whether it’s against others or myself, so I do miss playing Dota 2 competitively sometimes.

ESL: When you decided to stick to commentating, did you ever imagine that within a year you’d be casting a tournament in a World Cup stadium?
SyndereN: I knew the game and eSports in general were going through a rapid growth, but I was still surprised to have Dota 2 in a World Cup stadium at this point. It was only a matter of time, but it went a bit faster than I expected!

ESL: I know that both you and SUNSfan have been incredibly useful for helping me to actually learn Dota, and I can only assume it’s the same for many other players out there. Do you see that as one of your goals when casting?
SyndereN: Yes – it’s one of the primary priorities for an analytical commentator. Among other things, I’m explaining mechanics, strategy, and overall different choices and details in the games.

ESL: How does your prep work for casting a match compare to your preparation for playing?
SyndereN: They are actually very similar. Both as a caster and player, I’ve watched a lot of Dota 2 in general and followed the developments of playstyle and strategy, which is something I draw a lot on in particular in my analysis of the drafting. I also play the game a lot to improve my understanding of matchups for different heroes. 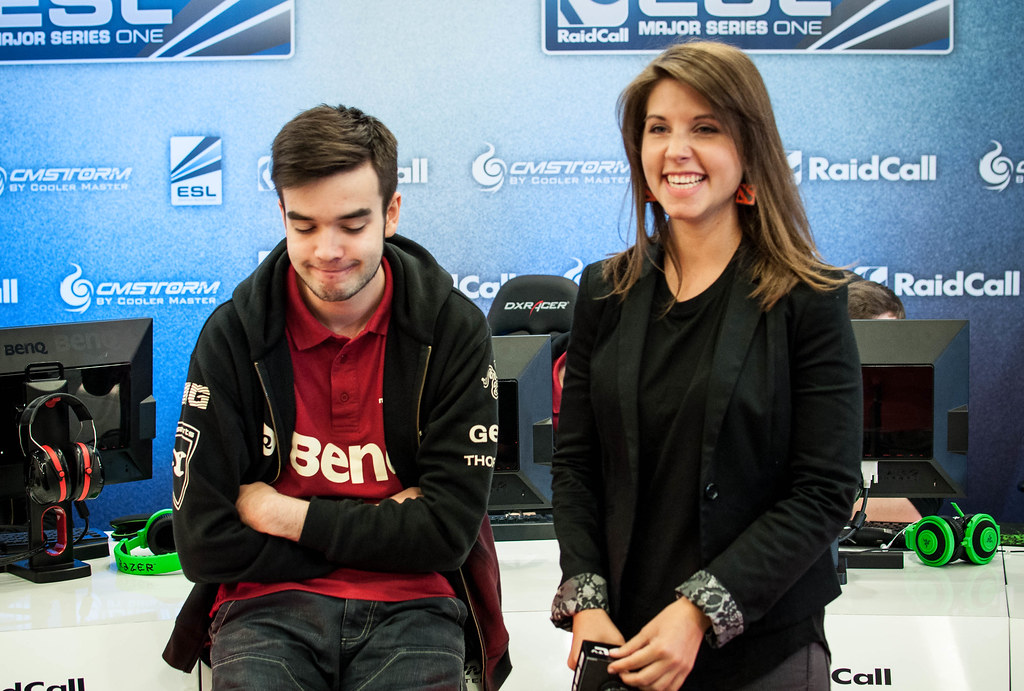 ESL: Do you think ESL One Frankfurt will be a sort of preview of what we can expect to see at The International 2014 as far as matchups and strategies for the teams go?
SyndereN: Definitely. Eight of the sixteen TI4 teams are participating at ESL One, so we’ll definitely be getting a preview of the performances and strategies of those teams and how they’ll fare against each other.

ESL: How do you feel about Mouz picking up a team again, especially with your old teammates? What do you think their chances are going into the tournament?
SyndereN: It’s great to see Mousesports sticking with Dota 2 and continuing to invest in the game even though they’ve been through quite a few not-so-long-lasting rosters in the past. My old teammates are great and very competitive players and have a lot of potential, so I’m not surprised to see Mouz giving them another go. Realistically, based on how strong the competition is at ESL One, I see Mouz ending in the lower half, but they do have a chance of reaching top four. Going beyond that, I think, is unlikely. 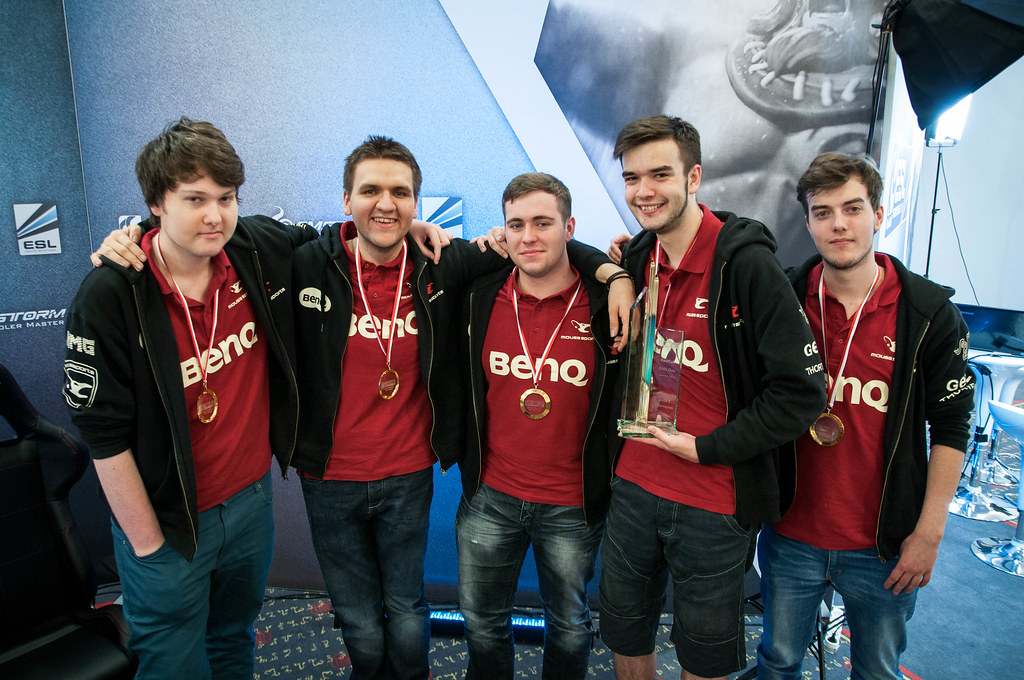 ESL: What matchup would you most like to see in the finals?
SyndereN: I don’t really have any particular favorite. All the competing teams are of such a high caliber that any matchup would be a satisfying grand final, so whoever manages to get to the finals will make for one hell of a matchup.

ESL: Who do you think will end up winning the tournament?
SyndereN: Based on very recent performances, I’d give Alliance a slight edge, but no one is so much better than the other teams that they’ll take it with ease. I’d also be very surprised if any team goes through without losing any games.

ESL: Now that schedule has been released, what are your predictions for the first round matchups?
SyndereN:

Got any predictions for the first round matchups? Let us know in the comments below or tweet them with the hashtag #ESLOne!

Don’t miss your chance to catch ESL One Frankfurt live at the biggest Dota 2 venue ever – tickets are still available over at ESL-One.com. Additionally, while you’re here why not check out our interview with ESL One Frankfurt host Paul “ReDeYe” Chaloner or find out how to watch Dota 2 on a 412m² TV?