Bringing the many colours of ReDeYe to ESL One

Paul “ReDeYe” Chaloner is a chameleon. He doesn’t just commentate games – he can host, anchor and analyse them, too. He combines a rich well of experience accumulated over 12 years to fulfill a wide breadth of roles for an almost endless roster of games. At ESL One, Paul will be making his Dota 2 debut at the Commerzbank Arena, which was previously a FIFA World Cup Stadium. But the road has not always been easy…

From his humble career beginnings shoutcasting in his bedroom to commentating at small LAN events and the Electronic Sports World Cup Finals, Paul has always been dreaming big: “When I first started [commentating] maybe three to four years into my career, I had already started to dream about the time that eSports became so big that we would be able to fill arenas.” However, he had never imagined that eSports would ever take place in a World Cup arena, saying: “I thought that maybe I’d get lucky and be able to commentate on football and that would be as close as I would ever get [to working at a World Cup Stadium], so to be able to do it for eSports – that’s beyond my wildest dreams!” 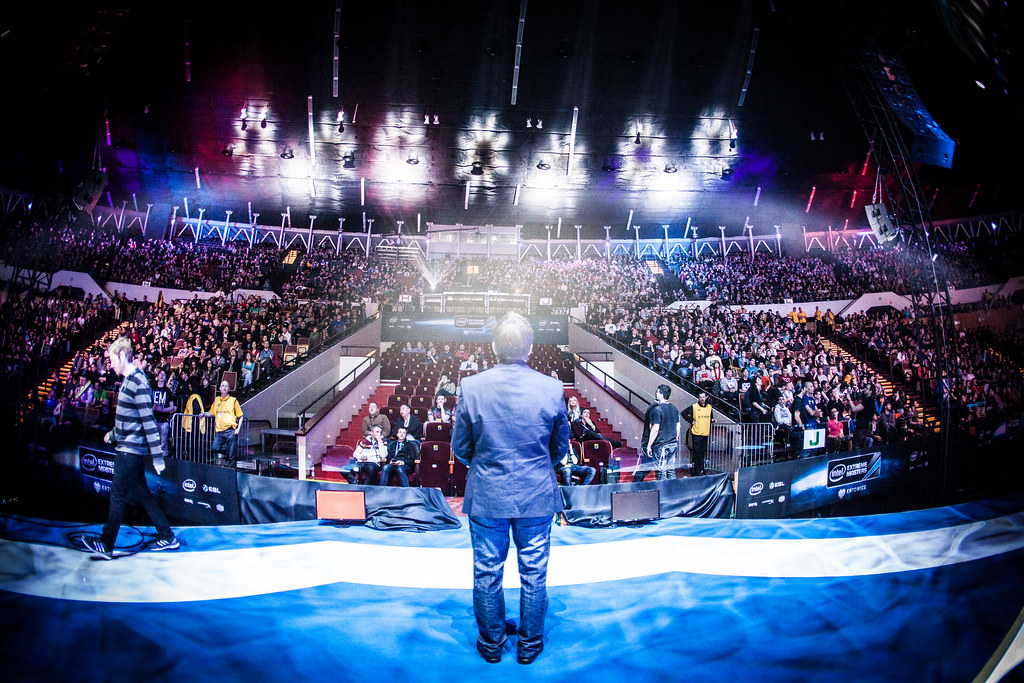 Paul acknowledges that the reputation of the venue in the world of football will make ESL One special and help legitimise eSports in the eyes of the mainstream. He does not, however, want other types of eSports events to be forgotten:

“I don’t think we should take away from other types of events… Shows at studios are really good, events at trade shows can be really good, but I think this is the next logical step, really – to fill more arenas and more stadiums. LCS has done it several times with different places, the Staples Center with the League of Legends World Championship Finals, and soon the Wembley Arena. ESL have done it with Spodek twice now, DreamHack has done it with WCS Europe in 2012 at the Ericsson Globe in Stockholm. It’s becoming more and more, I wouldn’t say the norm, but we’re definitely doing it more than we ever used to and that’s gotta be a positive thing as a whole.”

Commerzbank, he says, is very similar in terms of prestige to the Spodek Arena in Katowice, which held this year’s Intel Extreme Masters Season VIII World Championships. However, it’s also difficult for him to relate to the two venues in the same way:

“The kind of role I’m doing in Frankfurt is very different to Katowice, where I was the stage host, more like an MC… it was very much a stage-prominent position. In Frankfurt, my role is on the analyst desk as an anchor host – yes. I’m hosting the show as such, but it’s just a very different type of job, so it’s difficult to compare the two.”

Either way, Chaloner loves working in broadcast and fronting the casting team. He revealed that he is a very private person with few close friends, but once he becomes ReDeYe and faces an audience, he completely changes:

“I do get a real good kick out of being in front of a massive crowd on stage. It’s almost like an alter ego for me – I can be expressive, I can be charismatic, I can be a bit lairy, I can have some fun, but it’s always in a professional way.”

Multitasking and mastering the new

Paul is constantly thrown into countless different roles and games. Each one is poles apart from the previous, but he always tries to make the most out of these situations. He was taken away from his beloved Quake, Unreal Tournament and Counter-Strike during 2007’s Championship Gaming Series (CGS), encouraging him to learn other games and develop a new skillset:

“What CGS did was move me out of my comfort zone and made me learn things like Project Gotham Racing, FIFA, Forza, Dead or Alive, so very different genres as well. But, in doing so and learning those games, I had to have a very good regiment, learn the games, learn the communities, understand what was going on in them, and that has stood me in good stead whenever I’ve had to learn a new game.” He believes that these same principles have been contributing factors towards his success over the years, and will be equally useful at ESL One, saying that “it’s allowed me to spread my wings and find different roles within eSports and do them to the best of my ability, and this is no different.”

It is this attitude which has forged a routine for Paul to grasp new games with ever since: “I have a practice regime which is not necessarily the same as someone who wants to do well in the games. Mine is more about learning as many heroes as I can, learning the mechanics, learning how the team players interact with each other, generally getting used to what things are called heroes instead of champions – just the small things that make a difference when I come to working on the game.”

But alongside learning the game, Chaloner also made a point of learning the competitive scene as well. He spent ten days straight watching Twitch.tv streams and Dota matches as well as trying to understand the community by taking part in Reddit threads and reading as much as he could on the game so that “when I come to doing the event, I’m not going to be God’s gift to Dota 2 but I am going to understand the very basics, I am going to lead some of the questions and pose them to the experts to get the best out of them.” Paul remains unbiased, but maintains that he is excited to watch the past three International winners in action at Commerzbank: “I think every team has a little story alongside them, there’s no one team that stands out for me, but I would be lying if I didn’t say that I was excited to see how Alliance and Na’Vi perform.”

Despite being an eSports veteran, he is naturally cautious, and while he is confident about his role as an anchor on the analyst desk at ESL One, he is still slightly nervous about jumping headfirst into the Dota2 community: “You hope that they like what you do and appreciate what you do but you can never be absolutely sure. So I think I have a little bit of nerves from that point of view as to how I will be received.”

He won’t be alone, of course. As ESL’s talent manager, Chaloner has spent months scouting for the perfect pool of people to join him at Frankfurt:

“I think it’s a real nice mix – we’ve got four commentators who complement each other very well. I’m really looking forward to seeing how Capitalist does because it’s effectively his first big event. 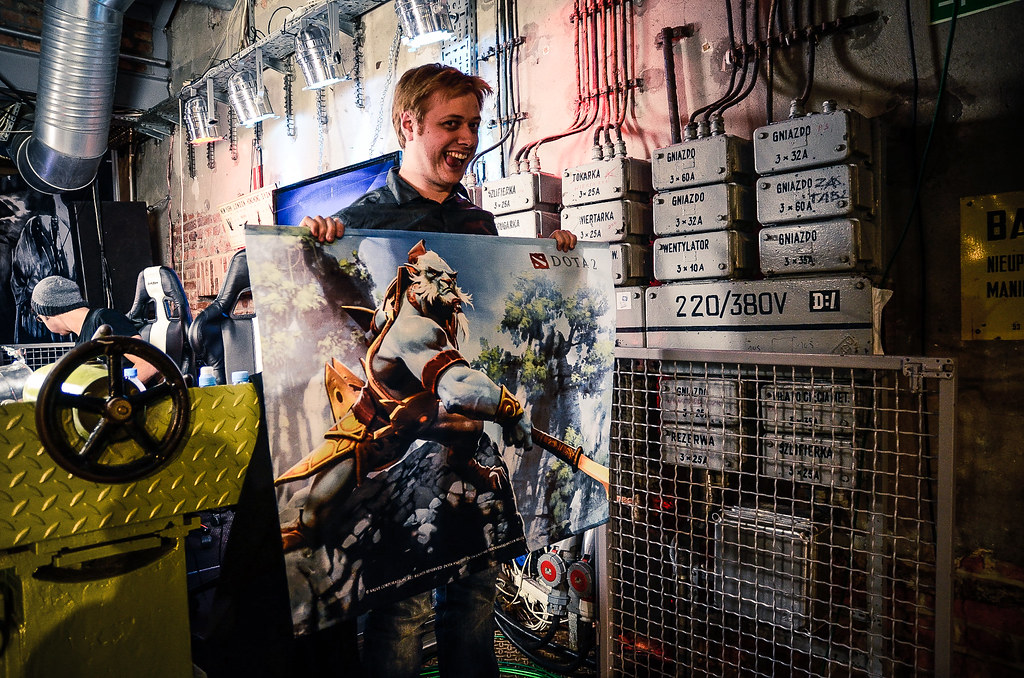 Tobi is world class. He’s done tons of events round the world and is well known and liked in Dota 2 – his enthusiasm knows no bounds. We just had to have him at our event to feel like we were going to deliver a great experience. I think Soe is going to make a fantastic interviewer and backstage host.” 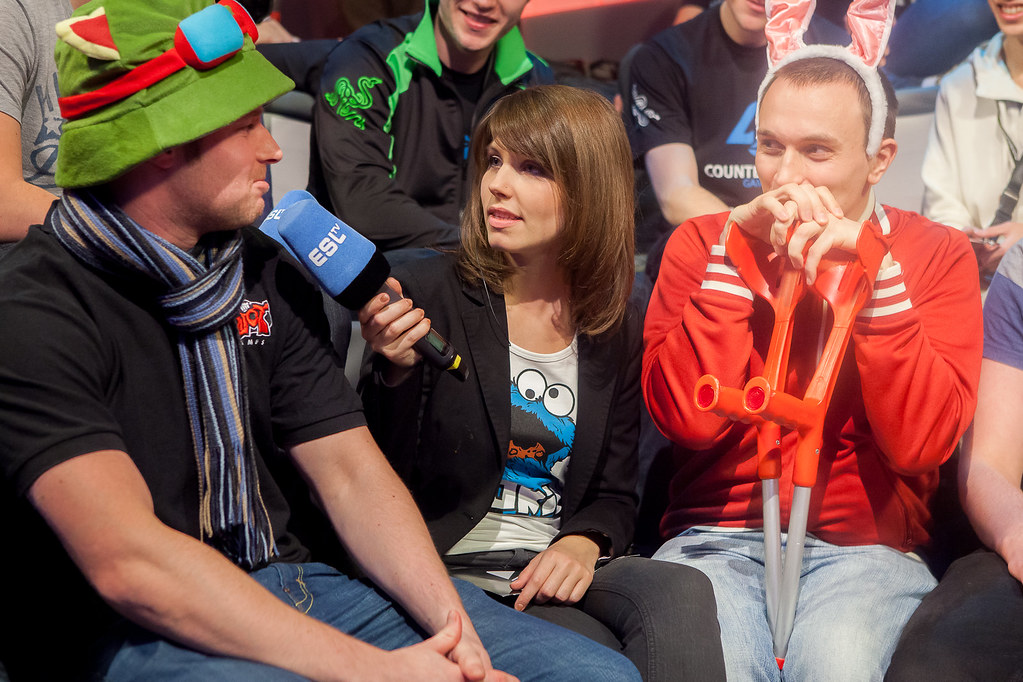 There was an abundance of analyst talent ready and waiting to join the ESL One team, but Paul was in search of specific qualities: “We wanted to find a nice balance between humor, fun, professionality, knowledge, statistics and, if I’m honest, we also wanted a little bit of bite in there as well. I think we’ve got that with the guys we’ve chosen. There’ll be some good debates and it’s down to me to referee them, so I hope it doesn’t get too out of hand!”

And to the future?

ESL One was given a TV spot that advertised the event to the mainstream audience, but Paul doesn’t believe that TV is the future of eSports anymore. The growth of online streams has been so exponential that he is confident that eSports is now ahead of the broadcasting curve:

“Rather than us having to wait for TV to find us or trying to bribe TV to come to us, TV is now coming to us and we’re turning them down because the viewership we have is totally different. We’ve now got enough numbers behind us in the millions across a number of different games that I don’t really believe we need mainstream TV anymore, especially as those millions that are tuning in don’t watch TV in the traditional sense that we did ten, fifteen, twenty years ago. Their regular nightly TV is logging on to Twitch.tv and seeing what they can find.

The likes of the BBC and other big companies are now talking to us about our technology and how we came up with what we came up with and how can they get involved. I think it’s great that we appear on [TV] occasionally because it piques the interest of the mainstream couch potato, if you like, and they get to see it, but if they want more, they can find a ton more on Twitch.”

ESL One is still the first event of its kind for both ESL and Europe, so its potential is not clear cut: “I’m not entirely sure what [ESL One] means to the world of eSports – I don’t think we’ll know that until after we’ve done the event. I think in terms of where it fits in, it’s what we wanted. Having seen the success of The International in North America, it’s as close as it can get to being The International for Europe.

I think it’s very much an acid test for ESL, for Dota and eSports. It’s the first of its kind we’ve done in Europe in such a very, very big venue, and running outdoors has its own challenges as well. I think we have to wait and see – there’s a lot to go into the show and the event itself. The best judges of that will be the people who turn up and the people who tune in.”

ESL One will take place on the 28th and 29th of June 2014 – make sure to check out our top things to do in Frankfurt as well as the most wanted cosplays we’d like to see at ESL One!