The mystical aura surrounding Chinese teams and their strength in Dota 2 might have taken a dip on the international stage with European standouts like Alliance and Na’Vi going toe-to-toe with them, but in Asia it is still unblemished.

Both Chinese teams who entered the Asian ESL One qualifier showcased their power, cohesiveness and coordination to oust elite teams from Malaysia, Singapore and South Korea, making it an all-Chinese grand finale: pride, bragging rights and a place in one of the biggest Dota 2 tournaments of the summer are at stake.

Going into the qualifier, ViCi Gaming – a team directly invited to TI4 and the de facto ‘defending’ champion of the entire ESL tournament – were a favorite. Talk around the Chinese scene spoke of them as the third, maybe even second-best team in the motherland of the MOBA genre. However, despite the praise and expectations, what went down on the battlefield was a little disappointing. Throughout the qualifier, team superstars such as rotK, Super! and Sylar revealed weaknesses in all phases of the game.

Right off the bat they faced a very unexpected challenge in Invasion eSports, who were debuting on the big international Dota 2 scene. In both matches, the Malaysian team had a firm grasp on the early game and came out slightly ahead in both laning phases. A lack of coordination and ViCi Gaming rallying back and having a slightly superior draft kept the Chinese team in the game and allowed them to eventually sweep the series.

Still, doubts clearly arose, and ViCi Gaming had a big task ahead of them – Asian TI4 qualifier champion Arrow Gaming. Once again the same story as in the bout with Invasion seemed to play out, ViCi Gaming seeming to be outmatched in the laning phase and then coming back towards the mid and late game. This time it even resulted in a visible deficit on the scoreboard as Arrow Gaming jumped ahead to a 1-0 lead after the first match. Their poise and the ability to stay collected while facing adversity was key for the veterans of ViCi Gaming, who came out swinging in the next two matches and turned the series around. The grand finals spot was secured, but it was far from a pushover.

Finals opponent LGD, on the other hand, started the tournament with a very convincing win over South Korean newcomer Pokerface, who were absolutely overmatched in game one, but could mount at least some resistance in the second and final game. Still, LGD looked completely dominant. Shades of the utter destruction of CIS during the Chinese TI4 qualifier a week ago were must have been in everyone’s minds when the squad and Yao dismantled their Chinese rivals.

The vicious streak of the team extended, and Titan was next in line to feel the wrath of LGD. Once again it was a display of power, strength and unity as the Chinese team toyed with the elite Malaysian squad for stretches of the game. Another clean sweep solidified LGD as the favorite in this tournament, maintaining all that TI4 qualifier momentum along the way. 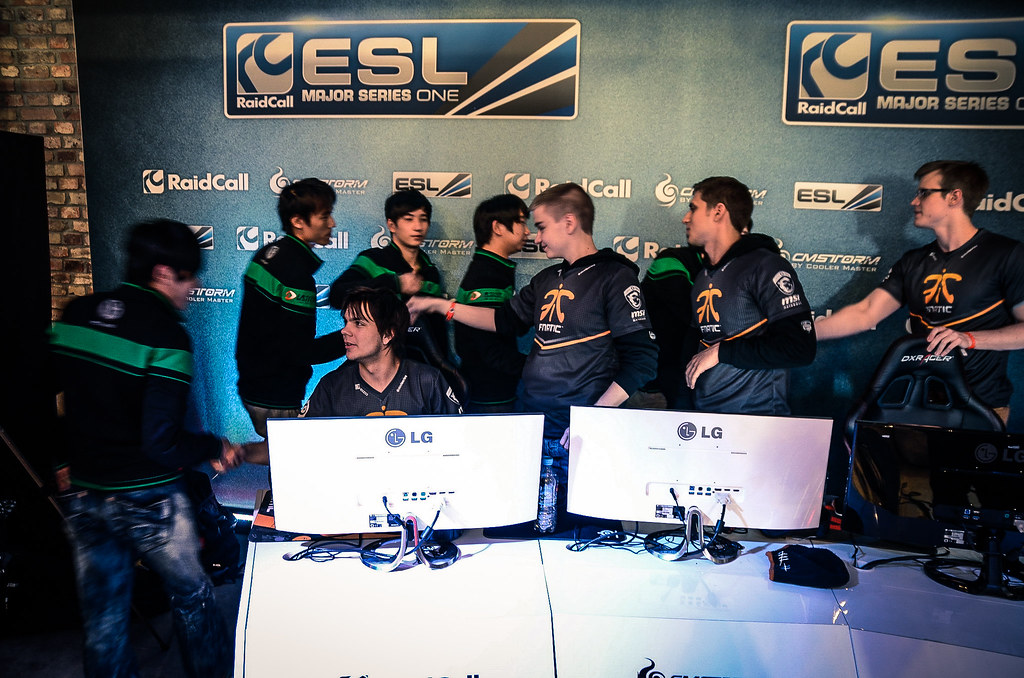 Will we see a rematch in Frankfurt?

Still too close to call

The Asian qualifiers now come down to the two remaining Chinese teams – both formidable challengers for the elite teams in Frankfurt. Over the last couple of weeks, the trends of both teams went in different directions. LGD Gaming looked nearly unstoppable during the TI4 Chinese qualifier, losing only two maps throughout group stage and playoff bracket. ViCi Gaming, on the other hand, have been trending down ever since receiving the invite to TI4.

Two losses during the group stage of the WPC LAN Finals, only a third place at the MarsTV Dota 2 League and only 11 wins out of the last 20 matches are painting a picture of a team in trouble. The struggle in the Chinese ESL One qualifier, ultimately ending in a clear loss against Invictus Gaming, and their inconsistent performance throughout this Asian qualifier have people asking questions about this fan favorite team.

Looking at the direct confrontations between the two teams in 2014, however, shows how close this series has been recently. In the eight matches the two teams have had against each other this year, LGD walked out victorious a total of five times – three best of threes and two best of ones. However, ViCi could win two crucial best-of-three series, sending LGD into the lower bracket at the Sina Cup main bracket and eliminating them from the entire Summit Qualifier.

LGD Gaming responded to those losses by striking back, getting the last laugh the last two times the teams met. The most recent clash was just four days ago in the MarsTV Dota 2 League playoffs, where LGD edged out a 2-1 win over ViCi Gaming to get to the tournament’s grand finals. To summarize the recent rivalry: LGD leads 5-3 after matches, and they are on a two-game winning streak, but only hold a match record advantage of 9-8.

Will LGD Gaming extend the streak to three games and tip the scale more in their favor, or can ViCi Gaming dig deep and disprove the struggling results as of late? The answers will be revealed on Friday the 30th of May at 13:00 CEST at twitch.tv/joindotared, when Capitalist will bring you all the action of this fateful Chinese duel.

For more information about the Chinese qualifier and all the other qualified teams as well as interesting details about the main event in Frankfurt, check out http://www.esl-one.com/dota2/frankfurt-2014/.