“I think we can take back first place”: an interview with William “Meteos” Hartman

After having garnered a massive 41.7% of the American vote in our poll to decide which LCS teams would be coming to Intel Extreme Masters San Jose, Cloud 9 will now be joining Team SoloMid, Alliance, Unicorns of Love, paiN Gaming and one as of yet undecided South American team at the SAP Center in order to fight for the trophy.

With the event now less than three weeks away, Michal “Carmac” Blicharz, managing director of pro gaming at ESL, got a chance to speak with Cloud 9 jungler Meteos about what’s to come, the NA competitive scene and how his family reacted to his appearance in Playboy along with the rest of his team.

Michal “Carmac” Blicharz: Hi and thanks for taking the time to talk to us, Meteos. So what are you aiming to do at Intel Extreme Masters San Jose? Is it about preparing for the new LCS season, making a statement of some kind or qualifying for the Intel Extreme Masters World Championship?
William “Meteos” Hartman: Intel Extreme Masters San Jose is a great opportunity for us to get prepared for the 2015 Spring Split. I love international tournaments, and we’ve always learned a lot from playing in them so hopefully it’ll give us an edge over the other teams in the NA LCS. I’m also looking forward to getting to play against Alliance again – we are 1-1 against them so this is another chance to prove who’s better. 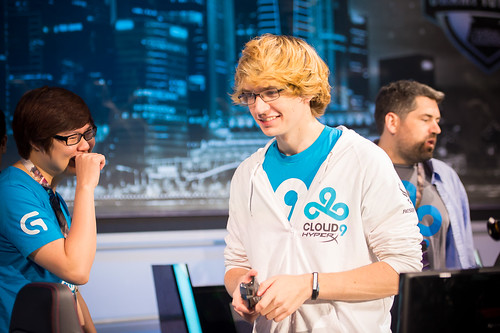 Carmac: How good do you expect Alliance to be at the event? Would you say they’re going to be the number one European team of 2015?
Meteos: I expect Alliance to be stronger at Intel Extreme Masters than they were at Worlds. They were knocked out of Worlds in a really disappointing way so I expect that gave them a lot of motivation to get revenge at Intel Extreme Masters. [It’s] hard to say if they’ll be the best European team – I’ve heard a lot of rumors about players swaps in Europe so it’s hard to say.

Carmac: The surprising thing is that TSM hasn’t been mentioned so far. They took the number one spot in NA away from you – is making a statement to them and their fans something you think about as well?
Meteos: While beating TSM would mean a lot to us, we still have to beat Alliance before getting an opportunity to play them, so I’m focused on Alliance for now.

Carmac: Would you say that NA is stronger than Europe? The Worlds results seem to support this theory.
Meteos: I’d say that NA was stronger than EU at Worlds, but that doesn’t mean too much going forward. I believe that whichever team prepared the best over the break will be the strongest at Intel Extreme Masters San Jose. 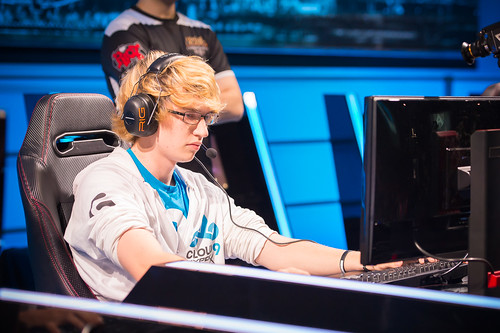 Carmac: You’re the number two in North America and everyone around you is strengthening their roster. Do your fans have cause for concern?
Meteos: I don’t necessarily consider roster swaps to always be improvements, just changes. There are a lot of factors like communication and trust that are important to teams’ success that can’t be fixed by a roster swap, so I think we’ll still have an advantage in that respect. Everyone on my team is still dedicated to improving so I don’t think there’s any reason for concern.

Carmac: What needs to happen for you guys to jump back ahead of TSM?
Meteos: The season 5 patch is going to be huge and whichever team adapts the fastest will do the best next split. If we put in more effort than TSM and train harder, I think we can take back first place. 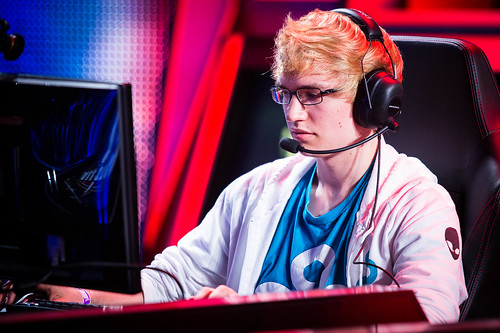 Carmac: Who do you see as the teams who could realistically challenge the C9/TSM duopoly?
Meteos: Curse looked really good at the end of last split and they’ve since added a world champion to their roster, so I think Curse will be a top team next split.

Carmac: Do you feel like it helps the growth of professional LoL in NA that there are foreigners added to the LCS, or does it take away opportunities from local players? Is there a cause for concern with the number of foreign players coming in?
Meteos: I feel like all of the foreign players coming to the NA LCS take opportunities away from local players. I think there’s still a lot of untapped talent in NA that teams could be picking up. It felt a little weird that, of the three teams representing NA at Worlds, one was fully Chinese and another was only 40% North American 😡 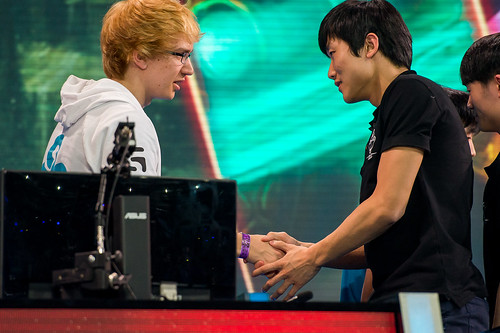 Carmac: How did you guys react when you found out that there’s an international LoL event in a major sports arena where your team was started?
Meteos: I love North American events so I was really excited to hear about Intel Extreme Masters being in San Jose. A lot of my family lives there, too, so it’s awesome that they can come and support me live.

Carmac: Speaking of family, did they all buy Playboy? What were the reactions?
Meteos: About that… All of my family members actually went out and bought Playboy magazines to read the article. I went car shopping with my dad about a month ago and it got a little awkward when he kept pulling out his Playboy magazine to show the car salesmen saying “My son was in this month’s Playboy” before the salesmen realized it was for playing videogames. 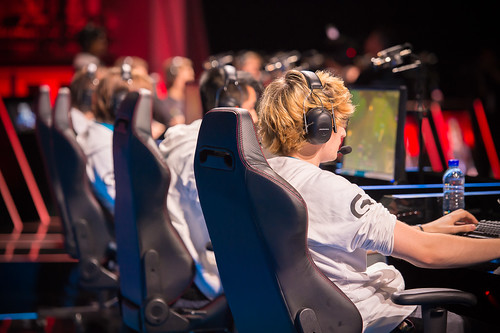 Carmac: You’ve played in big sports arenas a few times now. What’s it like playing in those compared with regular events? What should the fans expect when coming to such an event?
Meteos: Playing in big arenas is more fun than regular events because a lot more people come out. Even though we wear soundproof headsets, we can still feel the excitement from the crowd through the vibrations and it’s always really hype. Fans coming to the event should expect to lose their voices from cheering so loudly.

Stayed tune for more Intel Extreme Masters San Jose pre-coverage, and don’t forget that it’s not too late to get your hands on tickets to see Cloud 9 live and in action at the SAP Center!

Want a chance to meet Meteos and Cloud 9? Come to San Jose to experience them up close and personal!