From dark horses to heroes: Apollo tells us who to keep an eye on at Intel Extreme Masters Katowice

Even though we’re only a couple of months into 2015, the Intel Extreme Masters World Championship is just days away from beginning. We’re approaching the end of Season 9, which has provided us with some of the very best StarCraft action from the world’s greatest players. With multiple online qualifiers and an open bracket for each tournament stop, many have had the chance to compete but only the very best are still fighting to be crowned champion on Europe’s biggest stage.

With WCS points, prize money and the chance to prove themselves in front of the passionate fans at Katowice all on the line, I want to highlight a couple of players who stand out above the rest. These players get me excited, so you should definitely be on the look out for their games. 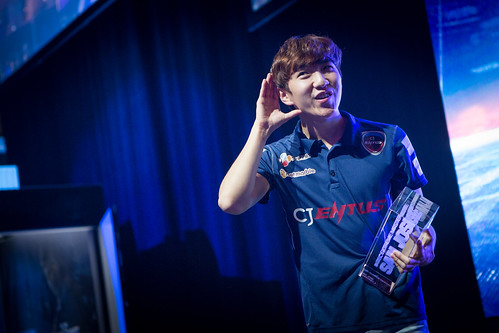 If you had to link one player to the Intel Extreme Masters, it will always be herO – the first player to win the tournament back to back and the first player to take three titles. He made his name by playing in the online qualifiers back in 2013 that gave him the chance to showcase what he had to offer on an international stage.

herO is one of, if not the best, Protoss player in the world. His play is outstanding, he understands the game better than the majority, and, on top of that, is one of the most lovable characters we have in StarCraft – who doesn’t like his smile?!

One very important thing to remember about herO is that he is the infamous second place finisher of last year’s World Championship, where he played a best of seven against sOs for US$100,000 and ended up walking home with nothing. He returns this year to claim what he so very badly wanted last season: the trophy and the chance to be an Intel Extreme Masters World Champion. 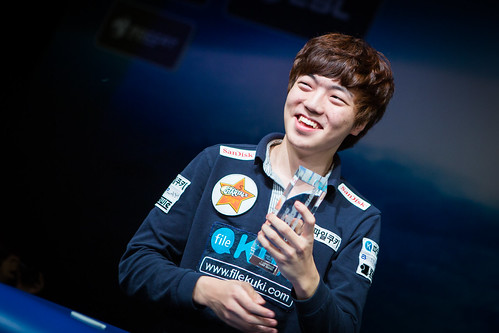 Arguably the world’s best StarCraft player right now, Life has been on a complete rampage since he became the WCS World Champion at BlizzCon back in November. He has looked completely unstoppable until recently, where he suffered his first big loss in the semifinals of the Naver StarLeague – I suppose he can’t win every tournament.

Life enters the Intel Extreme Masters World Championship as a big favorite to do very well and grab his third tournament victory in the last four months. When you’re on top of the world and everybody is looking at you, the same eyes are also studying you, looking for weaknesses and flaws to exploit. Even though most players are scared of facing Life, there will still be some who are willing to take a shot at the BlizzCon champion.

You can also find an interview ESLGaming.com did with Life in the leadup to the event here. 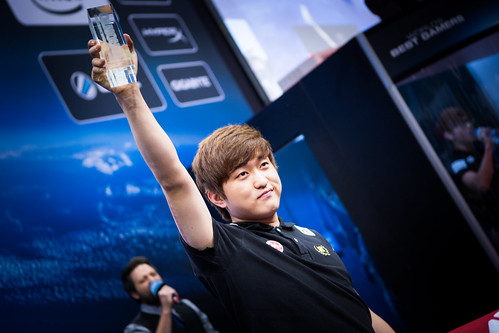 Okay, some of you may be wondering why I chose Flash as a highlighted player when he has been struggling so much over the last couple of months. First of all, who doesn’t love Flash? He is the god of StarCraft. There are a lot of rumors going around, but despite his poor results he is again one of the best Terrans in Korea. This was even recently backed up by Life, who said Flash is the best Terran.

There’s a reason why Flash constantly gets fielded in Proleague: if he wasn’t doing very well, don’t you think that his coaches wouldn’t pick him? That Flash would ask not to play until he is ready? The question then becomes: why has he been playing poorly? That we do not know for certain, but I believe in him to be one of the greatest – I think a lot of people do. The Intel Extreme Masters World Championship is the perfect place for Flash to show the world what he can do. 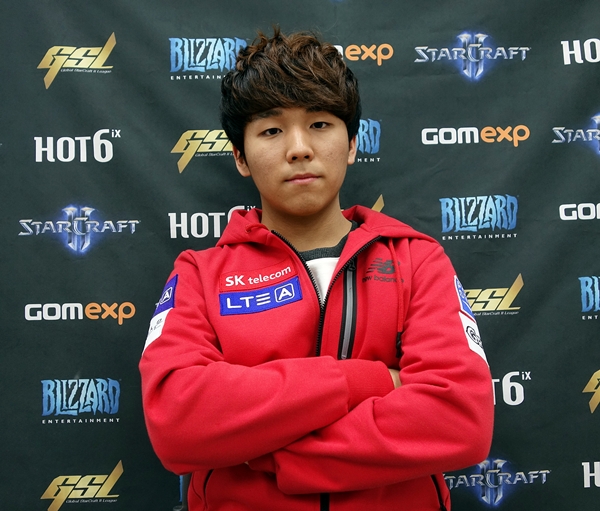 Dark is one player who could surprise us and go all the way to the finals. Firstly, he qualified by playing the Korean qualifier, which is the hardest qualifier in the world for any StarCraft tournament. There he dispatched all of the Protoss players including last year’s Champion sOs and recently on-form Parting.

It’s hard to think that this guy has never reached a top eight before. He has all the potential to be one of the greatest players of all time – his attitude towards StarCraft, his raw talent that we can see when he’s playing well (which is incredible). He definitely lacks experience, however, and might crumble under the huge amount of pressure that a large live audience can create. Some players randomly thrive from this pressure, though, and if he can be one of those players – wooo, it gets me excited!

There are so many world-class players at this event and I wish I could talk about all of them individually, but these four are the standouts for me. This season has been the best Intel Extreme Masters season by far. In all its years, the level of play, the quality of games, the quality of players – you cannot beat it.
The World Championship will prove to be no different, the world’s best playing against each other fighting for their share of US$117,000 and their chance to play in front of one of the most passionate crowds we have ever seen.

I hope you are as excited as I am! See you on stream starting on Thursday at 13:00 CET!