If you missed out on the Intel Extreme Masters Season 9 finals in Katowice last weekend, we’ve got you covered. Apollo and Kaelaris have hand-picked out three maps that really stood out from the rest. Get some snacks ready – these are great!

This game was the opening match of the Intel Extreme Masters World Championship for the highly anticipated Dark from SKTelecom, who qualified for this event via our online qualifiers. Despite playing very well for his team in Proleague and really starting to make people notice him, this was Dark’s international tournament debut. 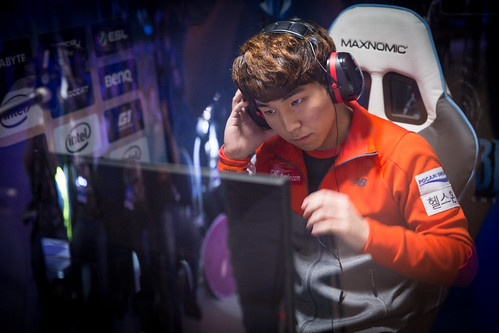 A lot of people were keen to see whether Dark would play to his potential or crumble underneath the immense pressure of taking part in such a prestigious tournament. However, he did not disappoint! In this game, Dark played an almost perfect Zerg versus Terran against Taeja, with a strong defensive early and mid game, great creep spread and holding on against the different stages of attacks from the Terran side to buy time until his Ultralisks were ready. Once he reached this part of the game without taking damage, the game was over

Having already reached two grand finals this year, Maru entered this tournament as a big favourite to challenge for the World Championship trophy. This series against Patience was not close at all, Maru sitting 2-0 ahead in a very one-sided series, but this third map was beautiful from Maru. He starts off the game with some harassment with a couple of widow mines and marines dealing damage and slowing Patience down around the 9 minute mark. This was great, but the most impressive part was yet to come…

While attacking, he noticed his opponent rushing upgrades very early, an expensive style that lowers your unit count at first but drastically increases the strength of your army later on if you are able to survive against attacks while this is in motion.

5 minutes later, Maru was back again to destroy the upgrades right before they completed with a perfectly executed drop, taking out Patience’s entire game plan in one swift move. Patience lost shortly after – excellence from Maru.

This game really stands out for Zerg versus Terran. This was a map from the quarterfinals when the competition was getting tenser with every map. Dark was currently leading 1-0, but when commentating this game, I just remember saying to myself that Dark had lost this map. It felt like Maru had stepped it up and Dark had met his match, but then a single move that changed everything happened.

This move demonstrated the power of counter-attacks as a Zerg, taking the pressure off. Dark was slowly dying and being chipped away by constant marine rallies. He decided to sacrifice some units from his army to counter-attack, which forced Maru back. This gave the Zerg more time to respread creep, recover his economy and even assemble mutalisks to attack after they were not needed to defend. 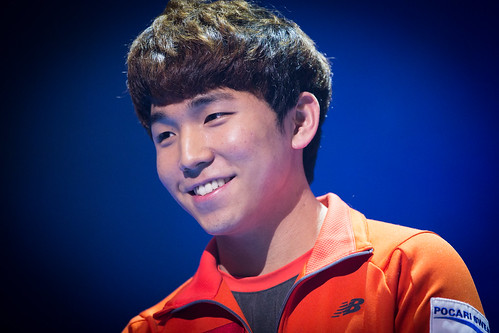 This turned the game around completely, and from what looked like a losing position Dark was winning and ended up going up 2-0 against the young Terran.

What was your favorite map of StarCraft II at the Intel Extreme Masters World Championship in Katowice? Browse through our VOD playlist and let us know in the comments below or by tweeting at @ESLSC2!