With events held everywhere from Katowice to San Jose, we’ve been around the world and delivered the very best in esports entertainment to fans in person and online everywhere we went.

To celebrate, we put together infographic that gives an overview of all the awesome stuff we did in 2014, which you can check out below (click to enlarge). 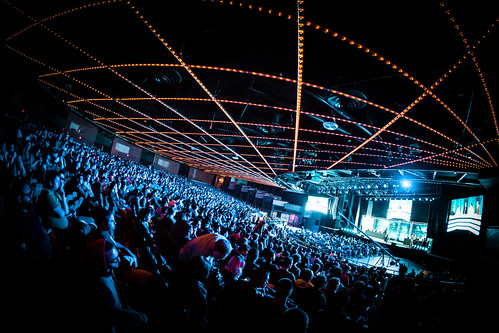 We kicked off 2014 with the Intel Extreme Masters World Championship in Katowice, the third and one of the largest esports events in the world that saw over 73,000 people flock to the Spodek arena while the competition boasted a peak CCU of over 1,000,000 for all streams combined!

In June we hosted our first-ever ESL One Frankfurt in the fitting venue of the Commerzbank Arena World Cup football stadium, making it the biggest Dota 2 esports festival in Europe. With over 12,500 people watching at the stadium each day each day on a massive 412m2 screen and thousands more online, it was another great success.

Finally, our last big event of 2014 was Intel Extreme Masters San Jose, where the SAP Center played host to an end-of-year grand finale in the form of blistering StarCraft II and League of Legends competition.

In addition to the events themselves, ESL also worked together with more publishers and games than any other esports company in the world, joining forces with likes of Blizzard Entertainment, Riot Games, Nexon, ArenaNet, Warner Bros. Interactive Entertainment, Microsoft Studios and many, many more.

There’s a lot to look forward to in 2015: the next Intel Extreme Masters World Championship in Katowice, an even bigger and better ESL One Frankfurt and completely new events set in a variety of awesome locations across the globe.

Stay tuned for more information about what’s to come for ESL – and you – in 2015, and Happy New Year!