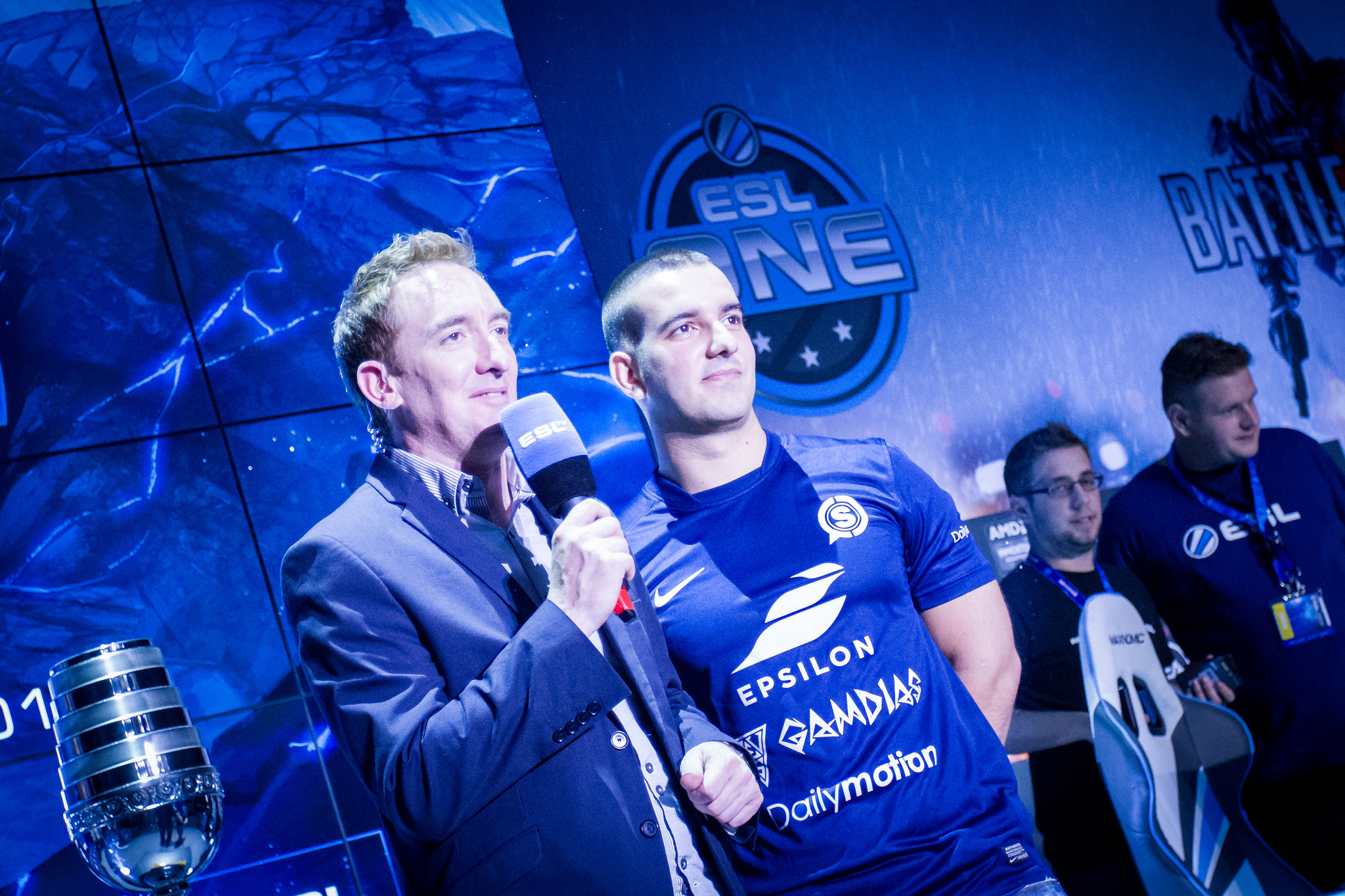 It’s been a bumpy ride but the top 12 teams, determined by the season ranking, have now been assigned to their groups. We can now take this opportunity to outline the big dogs as well as some potential surprises.

With the groups set out, lets break down some of the teams we’re expecting to see perform during the group stage.

Epsilon – Can they capitalize on their potential?

Group A sees Epsilon at the top of the group. A team which has had a slightly frustrating path to the group stages, developing an ongoing rivalry with ever improving French/Dutch team GC eSports. After winning the first cup convincingly by chewing through both Fnatic and MeetYourMakers they hit a wall; a gamers connection wall. GC eSports cut Epsilon down to size by knocking them out of the following three cups. Once in the semi finals and twice in the grand finals. They are a team with a lot of potential and some stand out players, namely the two Swedes Marsu and Meyek. If the young talent can bring their A game to this group stage and the responding offline event then this team will continue to be a threat. The question to be raised is whether this yearning to best GC eSports will incite either an influx of hard work and dedication or the opposite – a downward spiral caused by hitting this so called ‘wall’. 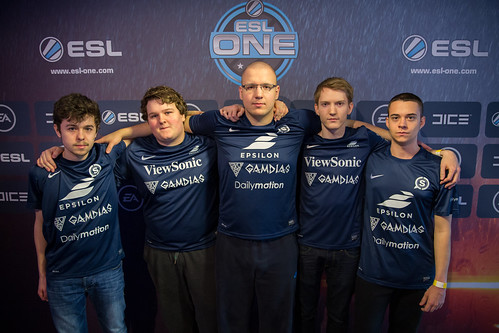 GC eSports – On top of their game

Group B is headed up by the aforementioned GC eSports, a team who have really stepped it up a notch since clinching a surprise second place spot in this summers offline finals at gamescom. That is not to say the team has done poorly beforehand with over 13,000 euros in the GC bank from offline and online events in this past two years. Winning three of the four online cups prior to this group stage they are currently looking to be one of the strongest teams competing. What GC do so well is play around their opponents weakness. When casting a game involving this team they always seem to approach with a game plan. I lose count of the times where I have counted GC out only to have all of that come tumbling down as they overcome unbelievable odds, 90 tickets deficits, minute long triple caps against them. This is a team of stand out individuals who I expect to see at the offline finals. They are one of the few teams who are no doubt putting in 100% into every part of this cup and that is reflected in their results. The previous giants are looking weak and this team is hungry to snatch the crown from defending champions Fnatic.

Fnatic – Can’t count them out

Ah the old dogs. Group C houses the defending champions who have secured two first place wins in the past seasons. However all is not well in the Fnatic camp. The team has been struggling to post results which they would have had no issue generating a season prior. Always the bridesmaid this season, constantly beating the lesser known competition only to meet their match in the semis or finals. The players have expressed their fading interest in the game and competition and that is directly reflected in their results. 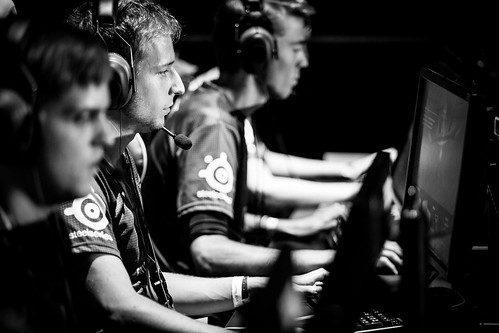 Moving from Fnatic to a team which have been around since season 1 of the ESL One Battlefield events emerging as the victors. It feels odd to put a name like MYM in the wildcard section however this is a team who have fallen from glory in recent online and offline stages and plan to clear their name in this coming group stage.
However since then the closest they have got to returning to the throne is a 3rd/4th place finish in the most recent summer season. Something that I am always aware of with MYM is how consistently they will get to the final stages of any tournament and stumble at the final hurdle. They are not unpredictable in the usual sense. This is a team which will almost always beat the teams you expect them to beat; however then they meet the top three. Time after time MYM have lost out to these big names and the undying determination paired with the fading of some of the former giants could very well mean this is MYM’s year to return to the top. 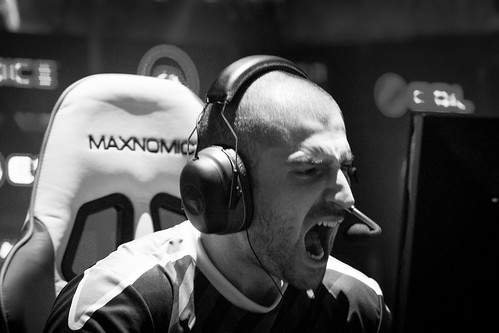 Infamous – Going all the way

I will always have a place in my heart for Infamous, despite a bumpy route to the group stage and only ever getting to the quarterfinals in all four of the online cups. However their approach to the game is different and has yet to be fully rewarded. They are an aggressive team with the potential to surprise – but with this potential also comes instability. They shine the brightest in a BO1 game due to this surprising nature. They can manufacture an early lead and the game is essentially over before the second half has even begun. However, unless they have been practicing incredibly hard I feel they may struggle to bring a win vs these teams in a BO3 scenario. 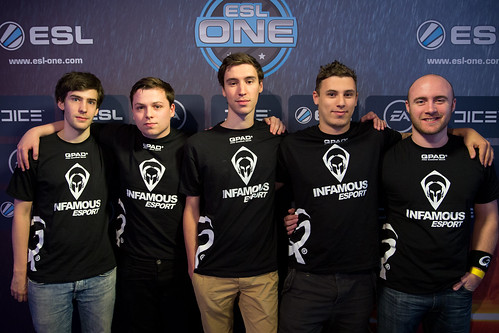 Planetkey – Don’t sleep on them

A team whom I really enjoyed watching during the previous seasons offline finals. Finishing with a surprising 3rd/4th place finish alongside MYM. They have beaten Epsilon on the stage, and I don’t have any doubt that out of all the teams listed here, this group of German friends will have put every minute of free time into getting ready for this group stage. They have a passion for the game that other teams do not and it will be interesting to see if they can better last seasons finish. They do have to consider however that they will no longer be underestimated by other teams as they have done in the past.

Overall there are a lot of contenders for the group stage and the teams I have outlined are the ones I personally see as the likely Top Six. But hey, I love to be proven wrong and if a team steps up and surprises, I’ll most likely be even happier than if I had guessed the top 6 correctly.

Regardless, first games start tonight and you would be crazy not to tune in and catch some of the best teams battle it out to get another step closer to the $30,000 jackpot.