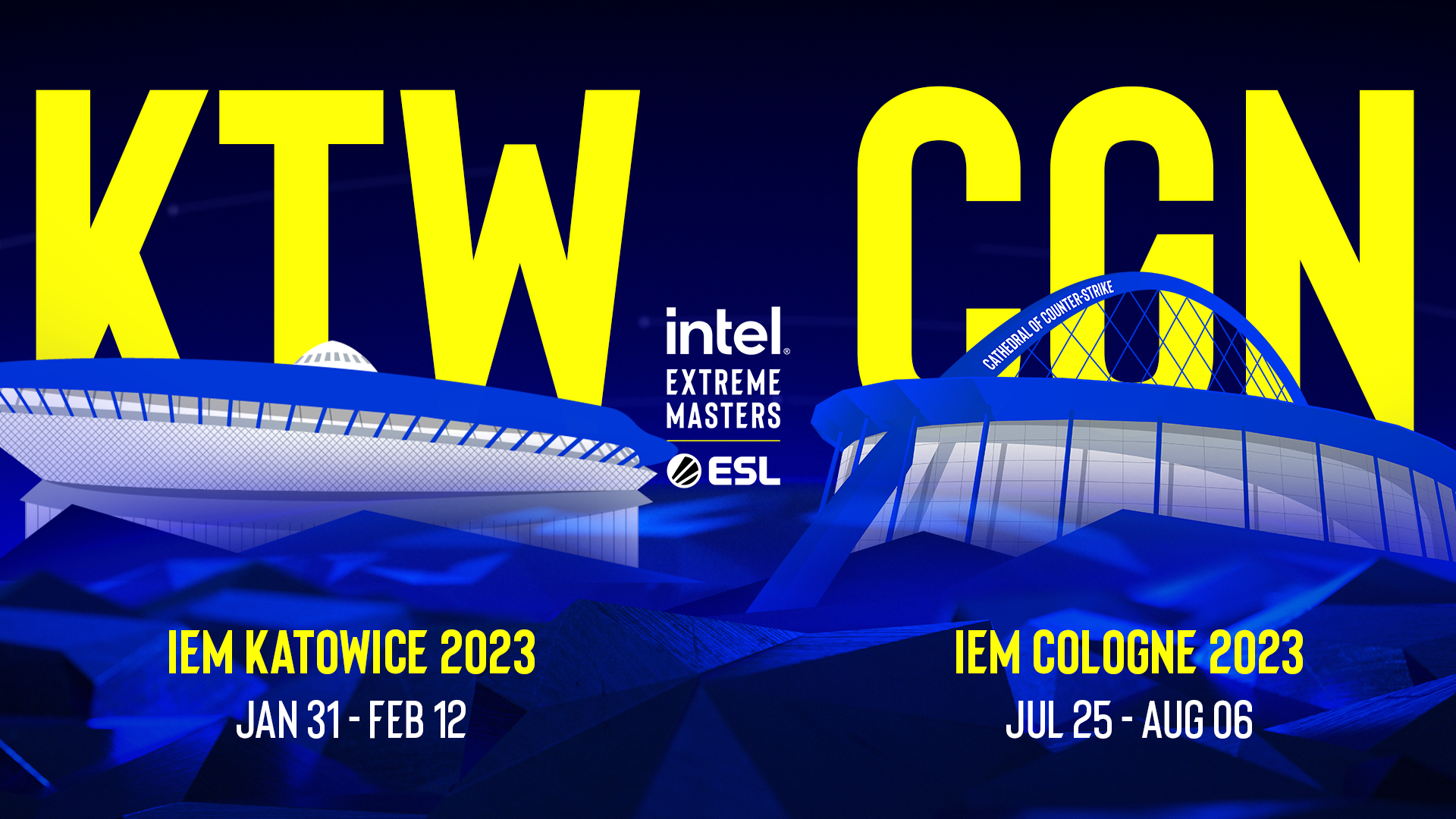 Esport fans from around the globe can kick off the countdown as the first EPT Championship event of 2023, IEM Katowice will occur between January 31 – February 12, with the CS:GO Playoffs being played out live at the Spodek Arena and the final days of the StarCraft® II World Championship taking place at the International Congress Center in Katowice, Poland. Those eager for even more CS:GO action can start preparing for IEM Cologne, scheduled between July 25 – August 6, with the Playoff Stage being played live at the LANXESS arena in Cologne, Germany.

“It’s always an honor to invite fans back to two of the most recognizable esports events worldwide,” said Shaun Clark, Senior Director Game Ecosystems – CS:GO at ESL FACEIT Group. “There’s nothing more rewarding for us than being able to put on truly epic experiences for our communities, to spend time enjoying the greatest players and teams on our planet competing at the highest levels at both Intel Extreme Masters: Katowice & Cologne. The IEM spirit is inimitable and we are already bubbling with excitement as we begin the annual planning to host two of the most passionate esports events.”

Continuing it’s legacy, IEM Katowice returns to the Spodek Arena for the 11th time, filling the city of Katowice with world-class esports as 24 of the world’s top CS:GO teams will face off for a share of the $1,000,000 total prize pool and to engrave their name into the history of esports.

Furthermore, IEM Katowice 2023 will also host the StarCraft® II World Championship, where 36 of the best players from around the globe duel until one is declared the new official World Champion. The Championship features a $500,000 total prize pool and commences in the second week of February. The final days of the competition will be played out live on a dedicated stage at the International Congress Center on February 10-12.

Last but not least, the return of the leading esports-centric tradeshow, the IEM Expo, at the International Congress Center will excite many gaming and esports enthusiasts as they have the opportunity to visit the 8,000 square meters of exhibition space and enjoy three full days of entertaining activities, discover the latest in PC gaming and technology, marvel at additional esports tournaments, and much more. Stay tuned as more info will be announced.

The ticket sale for IEM Katowice 2023 starts on September 22 at 3 PM CEST time. Ticket details and pricing are available here.

The Cathedral of Counter-Strike will light up again for the 7th time in 2023. After the success of IEM Cologne 2022, one of the highest viewed tournaments of all time, fans were left even more excited for the following year. Featuring a $1,000,000 total prize pool, IEM Cologne 2023 will therefore once again bring the nerve-racking action to the passionate fans around the globe:

The ticket sale for IEM Cologne 2023 starts on September 27 at 3 PM CEST. For more information, head to the official website.