It’s Season 3 of GSL Code S 2014, and crucial wins are on the line for 32 players hoping to make it to the Global Finals at BlizzCon. It would be easy to expect the top eight to stay close to the same as it stood in Season 2, but we all know one good or bad day of StarCraft can make all the difference. Who will take it home for their team (and your Fantasy league)? Draft your team and grab the snacks – the first Code S players spawn on August the 6th!

Group A: The newcomer takes on the big winners 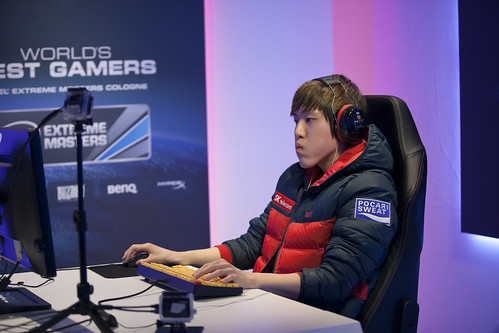 Last year’s Global Finals winner sOs and last season’s Code S winner Classic start off the action against Shine and EffOrt respectively in two PvZ matchups. EffOrt, who is making his first appearance in Code S, would need to take it all the way to even have a shot of ranking in the top 16 in WCS points.

But who will come out of the group on top? When drafting your Fantasy team, consider this question carefully. If you choose wisely, you’ll get 25 bonus points for picking the best. Conversely, you could capitalize on five upset points by choosing EffOrt, as he hasn’t made it to the top 16 last season unlike all other players in Group A. It’s important to think about risk this season as each map dropped by your drafted player will result in a five Fantasy point penalty.

Shine, the Zerg player currently ranked 93 in WCS points, hasn’t faced a Protoss in Season 3 yet, but did take on his Group A opponent sOs twice in the Season 2 RO32. The results? sOs took the first match, 2-0, while Shine took the rematch, 2-1, advancing to the RO16 and proving that anything can happen. He could be a solid pick if Classic weren’t in the picture. 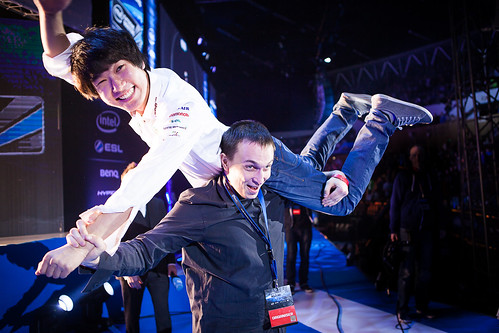 With two players who finished in the top 16 last season of Code S and two who missed the mark, Group B could be a challenging draft for your Fantasy team. Do you want upset points (and have a soft spot for the underdog), or do you ultimately believe winners are winners?

ParalyzE and INnoVation are clear favorites if you’re a fan of winners staying winners. ParalyzE, who earned his place in Code S through a top eight finish last season, is ranked 54 with 700 points, and has a real shot of making it to the Season 3 finals if he can pull out a win on the 8th of August.

INnoVation only reached the RO16 last season, but also earned massive points with two top eight finishes at Intel Extreme Masters tournaments and a top four finish at DreamHack Bucharest in 2014 – he’s currently ranked 30. To get to the RO32 this season, the Team Acer Terran took out two Protoss, Ruin and Hurricane – both 2-0. Meanwhile, his fellow Terran Cure didn’t make it to the RO16 in Season 2 – in fact, he fell 0-2 to his first Group B opponent ParalyzE in the round of 48 Code A. If you’re looking for upset points and want to take a risk, Cure is your pick.

Rounding out the group is a Protoss with less experience and more to prove: MyuNgSIK. The KT Rolster player made it to the RO32 in both Season 1 and Season 2, but, like Cure, fell to fellow group member ParalyzE. With around a 40% overall win rate in HotS, can he surprise us all and claim the group? 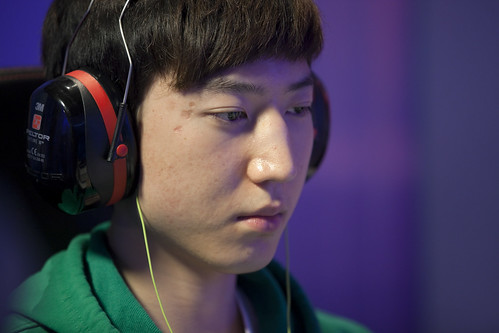 Prepare for total domination! Or, maybe not.

Maru, who was the youngest ever GSL competitor at age 13, faces off against a brand new face: Hush. After making his debut by beating fellow Protoss TAiLS 2-0 – twice – in Code A, Hush is looking for an incredible win against a veteran with huge tournament placements under his belt. Will Maru showcase the strength that allows him to defeat kings like MC, or will he falter? If you’re looking to place your bet on  records and unmatched consistency (and who isn’t?), Maru’s your man.

The records of Reality and Trap are only slightly less impressive, but we’ve all noticed there’s someone missing from Code S: herO. You can blame Reality: the Terran player took out the Protoss force 2-1 in Code A. Even though Reality would be an upset point pick for top of the group, you wouldn’t be wrong to think he could pull out the win in at a critical moment.

You’d be missing a titan if you left Trap off your team, but given his placement in a group with Maru, we’d understand. The MLG Anaheim winner could still, somehow, win you upset points if he’s defeated by the Terran, so we suggest making your call after reviewing the players’ recent matches (like the one where he took out aLive 2-0).

The second week of GSL Code S Season 3 gets started with newcomers like Terminator coming up against consistent staples of GSL such as Soulkey. If you want to feel assured about your choice for top of the group, Soulkey should be the obvious pick. The Zerg player’s worst matchup (against Terran) sits at a solid 60% in HotS, and he earned his spot in Code S through a top eight finish in Season 2.

Terminator should be your choice if you’re gunning for upset points, as he’s the only player guaranteed to face a former top 16 player, but Stats is also a good bet –  the Protoss has made it to Code S in the past, but in Season 1 was taken out in the RO32.

His opponent, Bbyong, is a familiar name that could be your pick if you’re the type that likes to shake things up. He just missed the RO16 in Season 2 after falling to Dark twice, both times 0-2, but it’s worth noting that he beat the monster that is DongRaeGu to get there. 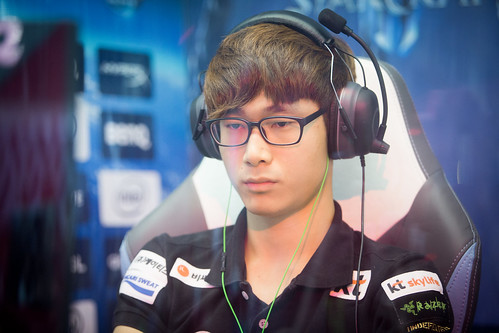 Who could possibly face off against a Rogue, a Hurricane and some heavy Rain and come out on top?

He’s the one and only choice for your top pick, despite the success of the other players in the group, namely Rain. With first place finishes in Season 1 and at GSL Global Tournament, Zest has been put to the test – and there’s no question that he passed. Still, the group is stacked with winners, so the choice here could be about personal preference – Zest is headed to BlizzCon with or without a place on your Fantasy team.

Hurricane’s record is the least solid in the group. He’s also facing Zest first, so we’re wary of choosing him for upset points only. Even so, Hurricane has a more-than-decent win rate against Zerg (at 68+%), and he might end up facing Rogue, which could pull him out of Group E and into the storm of the RO16.

Don’t discount Rogue (who hasn’t made his debut in the RO16 yet) for upset points, if that’s the route you choose. But be cautious – his first opponent, Rain, is ranked 4th going into this season, and came here on the back of top four finishes in Season 1 and Intel Extreme Masters Cologne, as well as a top 16 finish in Season 2. 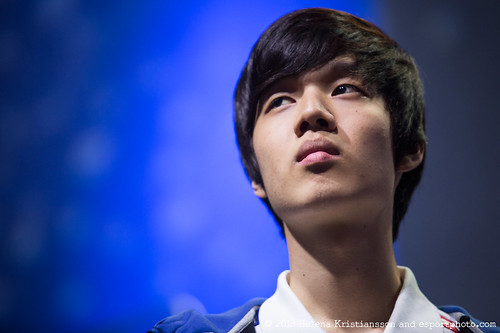 And this group is it. soO, Trust, DongRaeGu and Stork hit the stage on August the 15th. This group is full of challenge and chance. DRG has always been considered a favorite, and has held a consistent 56 to 58% overall win rate, despite declining results in recent tournaments. Against his first opponent Stork – who is ranked just below DRG in points – the team MVP Zerg is uninitiated. Fun fact: Stork made it to Season 2 RO16 – DongRaeGu did not. Therefore, DRG could be the smartest upset choice of the RO32.

soO clearly has the potential to come out on top (but don’t lose sight of Stork). 25 points is a lot, and in this case, it seems to be worth the risk of a dropped map or two. soO hit the top four in the GSL Global Tournament and took second in both Seasons 1 and 2, which means he’s here with a purpose. His first opponent, Trust, scooted through Code A with two 2-0 wins, but has a much less established record. Think hard, but not for too long, about your pick. Would it be wisest to choose DRG, who has a shot at both the win and the upset?

Group G: On the edge and fighting for life 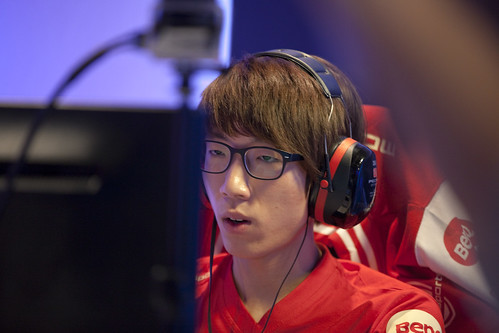 Three players in this group are ready to win. They’re on the edge with WCS points, and this RO32 could make or break their placings. Ranked 27, 36 and 37, Dear, True and PartinG are probably foaming at the mouth. Expect a good fight, and pick warily – any one of them could come out on top.

Dear could also be an excellent pick if you’re thinking about capitalizing on both top of group and upset points. He didn’t make it to the RO16 last season, but True took home a top four finish, and PartinG hit the top 12. Either opponent could give Dear an upset win.

The fourth Group G member, a lonely Terran, comes to the RO32 fighting for his life. TY is ranked 106 with 275 points, and would have to plow through multiple StarCraft heroes to get to the top – and then he could only arrive if all of the players above the cutoff stayed static. Still, a solid record in all matchups shows that he could work his way through the group, given the right circumstances and maps.

Group H: Save the safe bets for the other groups 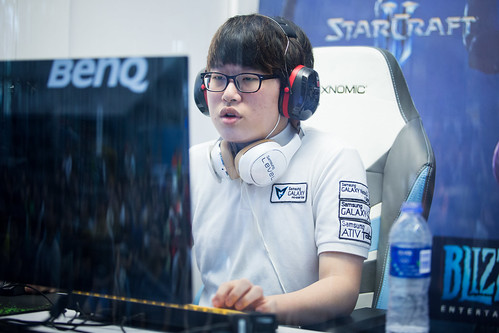 Both Solar and Dark made their way into the RO16 last season, meaning any matchup against one or the other could glean upset points for the underdogs. Solar, who took his place in Code S through advancing to the RO8 last season, faces Avenge first. Though Solar is the clear favorite in this matchup, Avenge isn’t anything to sniff at. Despite a notable lack of big tournament finishes, his overall standard league record is firm, and his PvZ sits at 65%. He could get an upset win in this match, but it’s a risky choice.

Flash and Dark are another story. Flash has a brilliant overall record, but fell short in the last two seasons of GSL – and his TvZ is his worst matchup. Dark made it through but has a slightly less impressive record – and his ZvT is his best matchup. Either player could take his first set, if the conditions are right. But when they move on to the winner or loser bracket, things could change.

For Group H, choosing who will come out of the group without a loss isn’t simple. Solar’s recent play makes him seem like the obvious pick, but Flash and Dark could both fight the light. No one is a ‘safe bet’ in this group.

Armed with info and predictions, it’s time to make your final decisions. Draft your GSL Code S Fantasy team before draft lock at the tournament’s start. Be sure to catch the first of the matches on the 6th of August at 18:00 KST (10:00 CEST) – tune in here.