Clash of continents: The All-Star is upon us 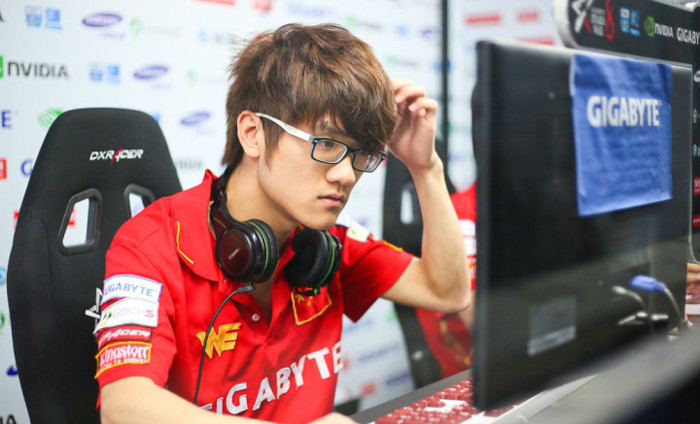 Being used to nigh-on daily League of Legends action between the several pro leagues makes it difficult to cope with the lull between the two season splits. However, as a means to support us in fighting off the shakes, Riot provides us with another iteration of All-Star on May the 8th to the 11th.

This time around, it will feature full lineups from the top teams of five different regions. Straying from power rankings or educated guesses as to what the best teams are, the All-Star invitations let results do the talking by aiming for the contemporary top placing teams in their respective leagues. Over the course of four days, the All-Star will feature a round robin consisting of Taiwan’s Azubu Taipei Assassins, Korea’s SK Telecom T1 K, Europe’s Fnatic, China’s OMG and North America’s Cloud 9 HyperX. Of these five teams, four of will advance to a single-elimination best-of-three bracket wherein they will fight for a grand winner-takes-all prize of US$50,000

Around the world in a day or four

Riot continues to show that it cares about every region when it comes to global competition. This time around, the All-Star is taking place in Paris, France, making it the first Riot event to be realized on European soil since the Battle of the Atlantic, part of which took place in Cologne, Germany. The international focus of the event is subtly accentuated by the way Riot is presenting and promoting it – for example, the way in which the teams are designated by region rather than by name in the All-Star information post on the lolesports.com website.

Riot has been adamant about the All-Star being about more than just seeing which particular team is the best in the world. Instead, it’s more there to fuel the interregional hype and give a means for teams and spectators to see how the different metagames interplay. Additionally, the All-Star is about having fun, for both viewers and players alike. This time around, there won’t be a world championship regional spot on the line for the participating teams, sparing them the pressure last year’s teams had to deal with.

The All-Star also includes a side event called the All-Star Challenge, which features two internationally composed teams facing off in a series of four informal matches. Fans were able to vote on both the lineups of the teams as well as aspects of the game modes to be played. All-Star Challenge teams will compete in both the URF and Hexakill game modes and will have to conform to team compositions made up by fan votes in the Pick 10 format. The fourth match’s game mode has yet to be announced. Notably, the Hexakill rosters will be completed by the two arguably most legendary – but now retired – mid laners in League of Legends history and 1v1 finalists of last year’s All-Star: Yu “Misaya” Jingxi and Kurtis “Toyz” Lau.

The landscape of international League of Legends competition has always been unpredictable. Historically, popular opinion has considered Korea the undisputedly best region in the world. Although Korean teams have indeed had some of the stronger performances in international tournaments, the region never established itself as the de facto most dominant in the world – top Western, Southeast Asian and Chinese teams have always given the supposed Korean overlords a run for their money.

The last two global events were handily taken by the Korean best, however, as SK Telecom T1 K only dropped three games throughout the Season 3 World Championship, two of which were against fellow Koreans Najin Black Sword. Five months later, the KT Rolster Bullets wiped the floor with their competition by taking first place at the Intel Extreme Masters world championship in Katowice without losing a single game.

At the All-Star, it’ll be up to the non-Koreans to break this trend by successfully besting the current world champion SK Telecom T1 K. For several months, the team appeared unbeatable and was universally regarded as the best in the world. They got upset in OGN not too long ago, however, losing to Samsung Galaxy Ozone 1-3 in the quarter finals and thus finishing the season with a shared fifth/eigth place. They subsequently lost to CJ Entus Frost in the semifinals of the subsidiary NLB league, indicating that their glory days may very well be over. As much as the All-Star will be a chance for the other regions to establish themselves, it will also be an opportunity for SKT to regain their confidence.

For more information about the All-Star event, check out lolesports.com.​