Can Fnatic do it again? An interview with Florian “Drunkkz” Le Bihan 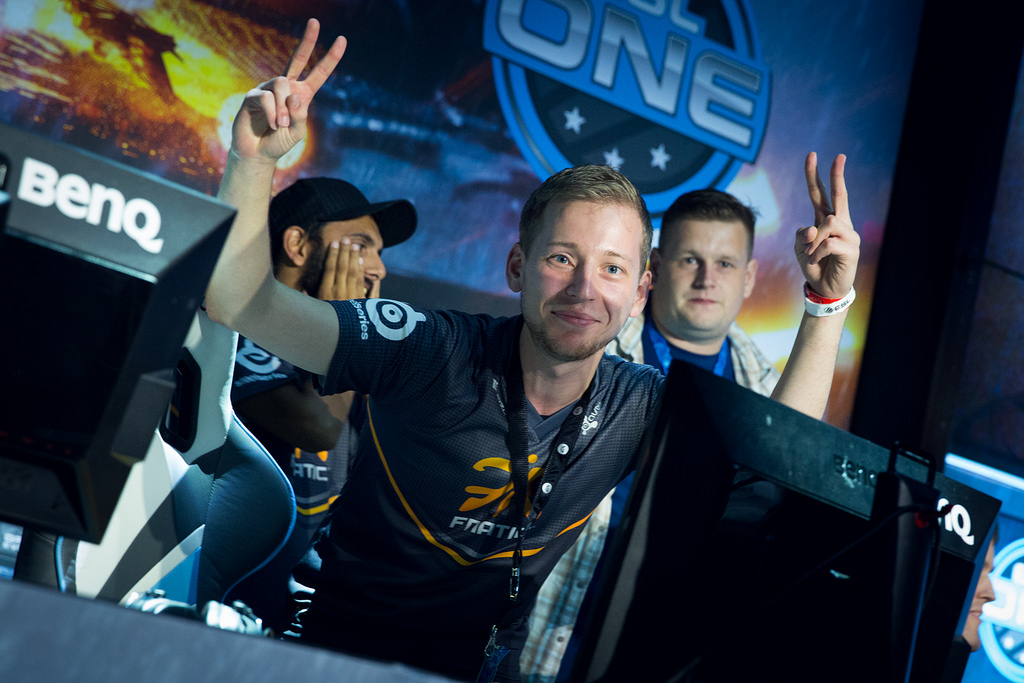 Before the kickoff of the offline competition, I wanted to sit down and talk to three-time ESL One Battlefield 4 series winners Fnatic. In particular, I wanted to chat with Florian “Drunkkz” Le Bihan, who was the newest addition to the team before their unrivalled success – here’s what he had to say.

Jason Kaplan: Hey, Florian! First of all, thanks for taking the time to have a quick chat with me. I wanted to start off by asking you about your general history when it comes to playing games competitively.
Florian “Drunkkz” Le Bihan: Hey, Jason – my pleasure! I started gaming with the Call of Duty (COD) licence. I didn’t play that much competitive COD 1 and COD 2, but COD 4 was the game where I played my very first LANs on PC. Call of Duty: Black Ops was the last opus from the series I played competitively as I’ve been really disappointed with what the game became and the fact that PC was not a focus for the licence any more. After that, I switched to Battlefield 3 with the beta and really enjoyed it. I joined Team aAa from Battlefield 3 to Battlefield 4 and then Fnatic after the first season of ESL One Battlefield 4.

Jason: Since joining Fnatic, you guys have won every season, usually in a one-sided fashion. How did you guys prepare coming into those seasons and have you continued with the same preparation into these offline finals?
Drunkkz: Well, we always follow a similar procedure when preparing for a tournament. We take the time to set tactics online. We do not necessarily try very, very hard online, but just enough to get to the offline finals, enough to keep a very decent level and not struggle much against other teams. A few weeks/days before the offline finals, we start giving it a lot of dedication, and the fact that the event is coming closer and closer helps us as it builds a lot of hype and changes our mindset coming into the offline finals.

Jason: How has this season’s meta changed compared to the prior season’s?
Drunkkz: Well, the meta doesn’t change that much from one season to another unless some weapons get restricted. Recently I’ve seen a lot of people starting to (ab)use incendiaries instead of regular ‘nades as they are very powerful hand grenades for preventing aggressive teams from pushing really hard – and they’re broken on top of that 😀 Also now that smoke grenades have been fixed a small amount of people tend to use them for tactical pushes on objectives.

Jason: Which team gave you guys the most trouble during the season and why?
Drunkkz: I think I would say SK Gaming. They have very consistent players and a super-aggressive playstyle. It’s really hard to keep our rhythm against a team like that – you can hold them or get into their playstyle, but if you lose trades against them you can get punished very, very hard.

Jason: This will be the first season when we’ll have a team from the Americas participating in the finals. Since Battlefield 4 is quite a big game in Brazil, do you and your team feel threatened in maintaining your place at the top of the scene?
Drunkkz: I wouldn’t say we feel threatened, rather very excited to get to play against a team with such a dedication and a big community supporting them. They’ll be very hungry to take home the trophy, and I think they could be potential finalists for this season. Playing offline is very different from online and we’ve seen that they can perform against Europe’s best online, but we didn’t get to see what they can do in a LAN environment. I wish them the best and props to the Brazilian community for giving them such a lot of support in this ESL One!

Jason: Thanks for your time and I wish you guys the best in Cologne!

Want to watch the ESL One Battlefield 4 Spring 2015 finals live at the ESL studios in Cologne, Germany? Grab your ticket here!