The ESL One Battlefield 4 Spring finals are upon us! 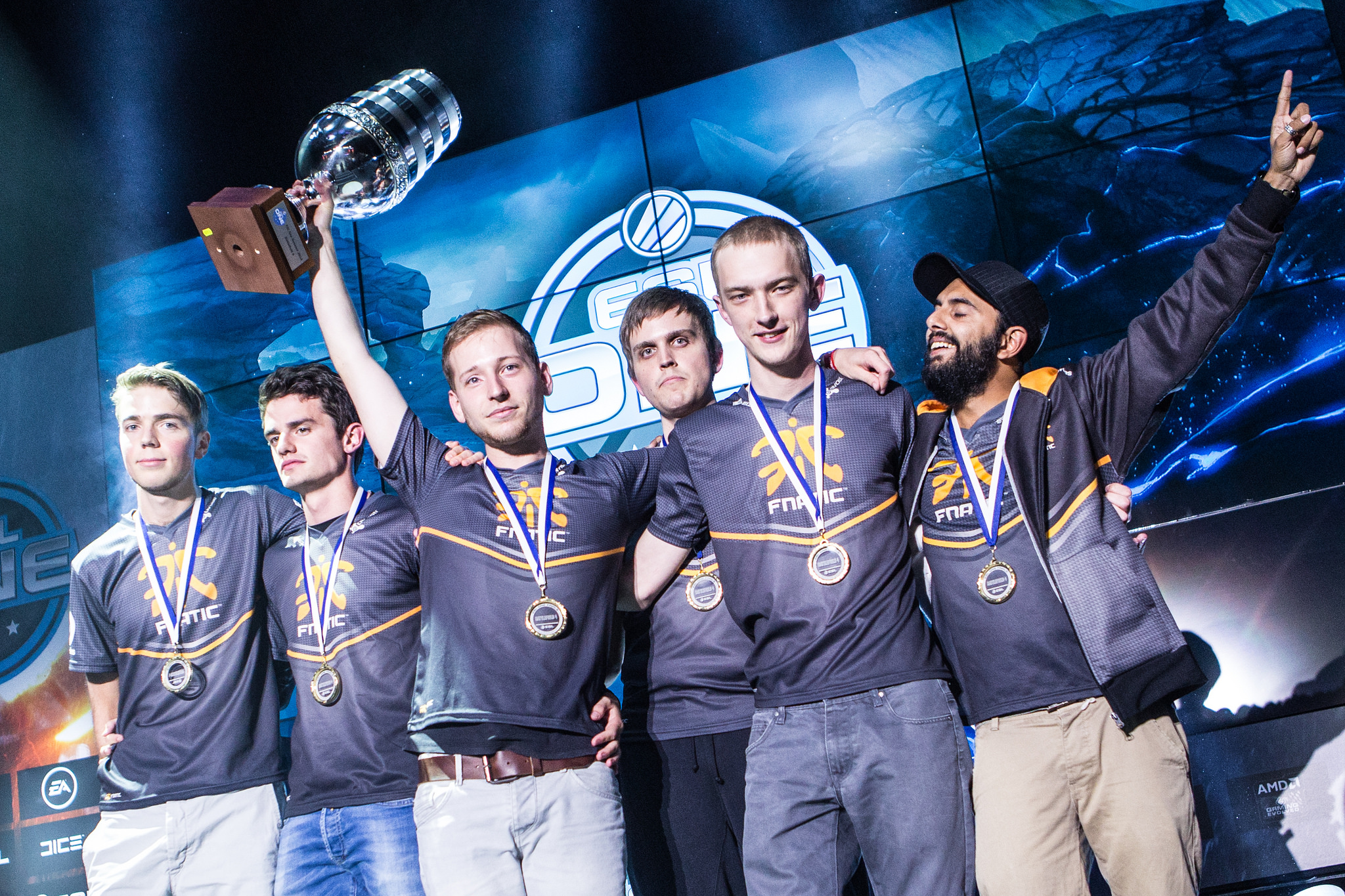 The ESL One Battlefield 4 Spring 2015 Season finals are just around the corner. They will be hosted in the ESL studios on the 18th and 19th of April in Cologne.

After a series of challenging qualifiers and group stages, the eight best teams from around the world have secured a spot in the season finals. This weekend, they will battle it out in Cologne for the ESL One Battlefield 4 Spring Champion title and a share of the impressive €35,000 prize pool. Let’s take a closer look at the finalists.

The reigning champions, Fnatic, are without a doubt the biggest favourites in the spring finals. The three-time ESL One Battlefield 4 series winner are looking to claim another title for themselves. With the team’s skill and great teamwork, we are bound to see thrilling matches!

The French team secured a top four place in the previous two seasons. They are definitely a team to look out for, as they went undefeated in their group stage. Fnatic’s Drunkkz said this about SK in his interview with Jason Kaplan:

“They have very consistent players and a super-aggressive playstyle. It’s really hard to keep our rhythm against a team like that – you can hold them or get into their playstyle, but if you lose trades against them you can get punished very, very hard.”

Twice runner-ups, Epsilon eSports, have proven to be one of the top Battlefield 4 teams in the world. Will they finally be able to break the second place curse and defeat their biggest rivals, Fnatic?

One of the best German teams have secured a slot in the seasons finals yet again. They usually fall off early on but this time, they will have the home advantage and the support of the German crowd in Cologne. Will performing on home turf bring them to the top?

The second French team in the finals may be less known than SK Gaming but does hold the best French team title. Making it into the Spring Finals, they are ready to prove their skill and worth.

The Australian team is considered to be underdogs, however they always manage to surprise. They had an amazing performance at the ESL One Battlefield 4 Winter 2014 Season finals and are definitely a team to be reckoned with.

Dexterity are the first American team to ever participate in an ESL One Battlefield 4 Season final. Having been formed only a few months ago, the team already has an impressive portfolio. They have won every tournament they’ve entered save for one, the Battlefield Premier League, where they secured second place.

Join us for top Battlefield 4 action!

With such an impressive lineup, we are sure to see tons of exciting matches where the best teams fight it out for the ESL One Battlefield 4 Spring 2015 Season title. Don’t miss this fantastic event!

If you can’t make it to Cologne, make sure to join us on the livestream on the 18th and 19th of April!