AGDQ 2014 raises over US$1 mil for Prevent Cancer 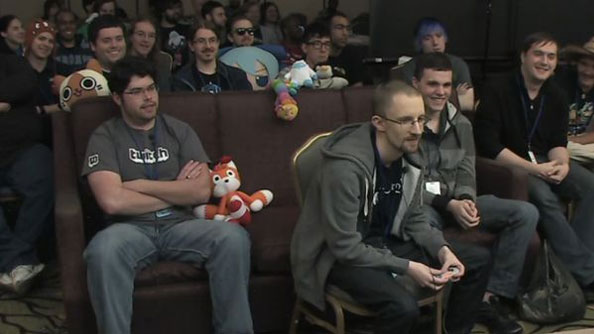 Time and time again, the gaming community has wowed us with an amazing show of support for charity foundations. Awesome Games Done Quick (AGDQ), an annual event that sees gamers showcase their skills by speeding through classic games such as Super Mario Bros and The Legend of Zelda: A Link to the Past, has been picking up steam year on year. Ahead of the 2014 marathon, the group boasted an impressive combined total of more than US$646,000 over three years. The event held January 5th – 11th 2014 proved itself to be in a class of its own, breaking all previous records and drawing in over US$1 million in donations for the Prevent Cancer Foundation in a single week! – In the final 60 minutes of the AGDQ 2014 event alone, over US$60k was raised.

#AGDQ2014 Raises $1M for @preventcancer! Thank u @SDAspeedruns for helping to Stop Cancer Before It Starts! http://t.co/NknIV6sepF

— Prevent Cancer (@preventcancer) 12. Januar 2014
“When the Prevent Cancer Foundation began its relationship with Speed Demos Archive back in 2010,” said Jan Bresch, Prevent Cancer’s Foundation Executive Vice President and COO, “we knew how dedicated the volunteers and donors to marathon were, but we never imagined this event would raise $1 million to save lives through cancer prevention and early detection. It is a dream come true and we thank this amazing group of individuals for making it a reality.” Throughout the week, the event, broadcast live over Twitch.tv, saw a peak concurrent viewership of over 110,000 (more than double last year’s peak). Of those viewers, 18,000 donated to the cancer prevention group, with the average donation hanging around US$37. – Although several donors, e.g. “Notch” and “Duleaf” donated over US$10,000 each. For a complete breakdown of the donations, please visit the Games Done Quick Donation Tracker.

A look back at the best moments of AGDQ 2014

With another AGDQ event come and gone, it’s time to look back at some of the best moments.

Known to be extremely difficult, F-Zero GX was made to look like child’s play when CGN took to the controller. Check the run out here.

Sinisterwon attempted Mike Tyson’s Punch Out, whilst Zallard1 (Mr. “that should be a 7:49”) took on the challenge of Super Punch Out… blindfolded! A must-see for all those who missed it and a must-see-again for all those who didn’t! Check the runs out here and here.

Garrison, Ivan, Krauser318 and Zoasty had a four man Super Metroid race that blew our minds. Check the run out here.

Most of us will struggle through games at half the speed Anatomyz managed, with both hands. Watch him speedrun using only his right hand here. “I’m not that great of a Super Mario 64 runner,” he said. Sure, buddy. Sure.

eSports makes an Appearance (kind of)

Over at ESL, we were happy to see eSport favourite, StarCraft II: Heart of the Swarm, make it into the AGDQ 2014 schedule. Check out Raelcun‘s “brutal” run here.

VODs for the event can be found over on the official AGDQ Twitch Channel. – Although Kotaku have put together a nice little list, linking to particular runs that happened throughout the week. Be sure to check that out if you’re looking for something specific. That’s it for now. We look forward to the next event!