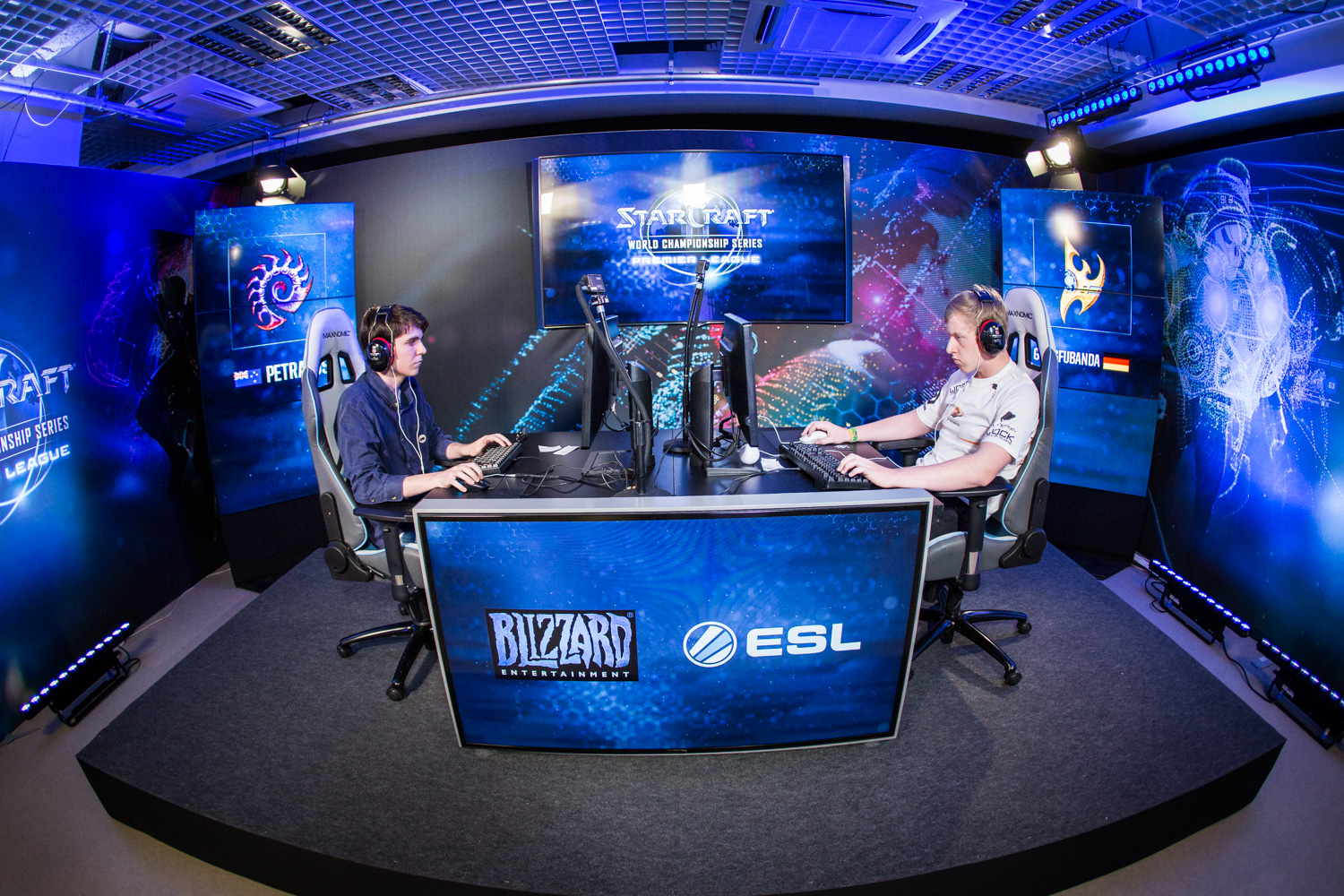 Fighting for their spots in the finals this weekend, the players of group A and B kicked off the WCS Season 3 round of 16 in Katowice, Poland. After some intense games, two Zerg armies stood victorious – Petraeus and Zanster outplayed their opponents, earning them the first tickets to Kraków.

First out in group A were MaNa and Zanster. Having beaten Zanster in their previous matchups, MaNa unsurprisingly took round one. However, Zanster bounced back and showed off some solid plays, earning him a step forward in the brackets.

Next up, crowd favorite MarineLorD efficiently crushed elfi two rounds in a row. The safe but convincing games from MarineLorD made sure he was never caught off guard by the wildcard from Finland.

MarineLorD’s win matched him against Zanster in the winners’ game. After two rounds, the scoreboard showed 1-1. With both players proving they wanted a win, the third round, played on Cactus Valley, turned into an intense tug of war lasting for almost 50 minutes with seemingly no clear outcome. In the end, Zanster was able to keep his performance up throughout, building up a small advantage that ended with him winning the game.

In group B, Petraeus gave a calm and collected impression while building up to a 2-0 win against GunGFuBanDa.

In the next games, the Zerg took over the playing field as Sen went up against Snute. Round one was over almost before it had begun as Snute launched a Baneling attack after only 3 minutes, allowing him to end the game just after the 5 minute mark. While the second round allowed Sen to show off his impressive timing, Snute’s more aggressive playstyle proved too difficult to dodge and he walked away with a 2-1 win.

While Petraeus continued to convince with his calculated plays in the winners’ game against Snute, a well-timed surprise maneuver from the Norwegian put the score back to a draw after round two. In the end, though, it seems as if Petraeus’s more composed style of playing turned out to be just what was needed to stop Snute’s aggressive rampage. The New Zealander convincingly took game three and the direct ticket to Kraków.

It isn’t over yet in group A and B, though. After recharging, MarineLorD, elfi and MaNa from group A and GunGFuBanDa, Sen and Snute from group B will have yet another chance to reach the finals on Thursday, when they will be joined by players from group C and D (who start their games tonight).

Don’t miss any of today’s matches – tune in here at 18:00 CEST and follow @ESLSC2 on Twitter for all the latest updates! For more information about the WCS, visit the tournament series’ official website.