The WCS Season 3 finals begin today, but whose BlizzCon hopes will come true?

The last season finals of WCS 2015 are upon us as 16 players converge in Katowice this week before moving on to Kraków to duke it out for first place, 2,000 WCS points and US$30,000. For some players, snagging those points could mean launching themselves into position among the global top 16 in the crucial moments before BlizzCon. For others, this week is a first appearance that could lead to a new place among StarCraft II royalty. Who will make it out on the other side of the week with a trophy and – potentially – an opportunity to make history as the global champion?

Group A: Locals and new opponents

It’s Zanster’s debut performance in the Premier League. It’s MarineLorD’s return after a surprise top eight finish in Season 2. It’s elfi’s first time facing any opponent in this group. And it’s Poland’s own Liquid MaNa’s shot to get an amazing win at home.

Going into the group, elfi has a solid record, showing his best results against Terran. However, the Finnish Protoss has yet to face MarineLorD, who pushed his way into the quarterfinals last season. On Tuesday, the French Millenium Terran will have a solid opportunity to make it out of Group A and into that position again, judging by the four maps he just took off fellow group member Zanster at ASUS ROG Summer 2015. Zanster, a Zerg player from Sweden, is making his first appearance in the Premier League after popping up here and there at tournaments throughout 2014. While he won’t be a contender for BlizzCon, he will bring a Zerg element to Group A, making it a well-rounded group of European players we’re excited to see battle for the next phase at Kraków. 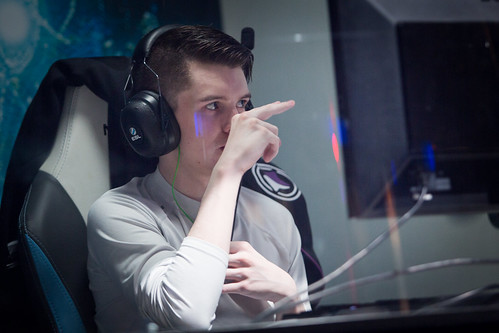 When Sen, Snute, Petraeus and GunGFuBanDa enter the fray Tuesday, we’ll see a WCS group featuring players from Taiwan, Norway, New Zealand and Germany. We don’t know who’ll move forward, but we do know the games in Group B are full of exciting prospects.

Sen comes into the tournaments with an incredible win rate – especially in ZvT – and a ton of games under his belt. His results in Taiwan are remarkable and, at 28 years old, he’s been in the scene for a long time. Sen was the first (and, so far, only) foreigner to win a Premier Tournament since the release of HotS – but we rarely see him in the larger international tournaments like Intel Extreme Masters and WCS. It will be interesting to see how he handles the other players’ styles. If his past ZvT is any indicator, he’ll be adaptable. 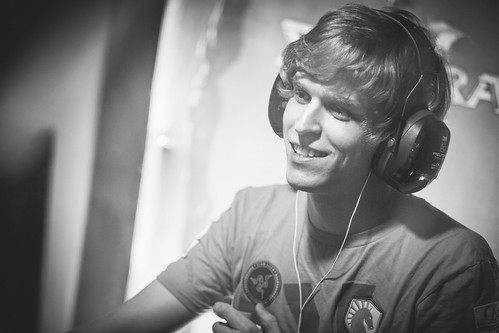 Snute is a clear favorite to hit the round of eight, and fans could use the hope to hold on to after the Liquid Zerg fell to Kelazhur in the round of 32 last season. Snute came out first in his group in this season’s round of 32, and right now he’s sitting at rank 31 in the global standings, meaning a win in Kraków could put BlizzCon right at his fingertips. Will he best these less familiar opponents to earn his spot in the top 16 in the world?

With GunGFuBanDa’s ever-improving results this year, he has a decent opportunity to hit the quarterfinals. He’s risen through the German national ranks, he defeated ForGG last season in a major round of 16 upset and the Protoss also beat his fellow Protoss Lilbow – who took second last season – to come out of his round of 32 group first this season. However, PvZ  is his worst matchup, and the powerhouse Zergs in the round of 16 might make any further ascent difficult, if not impossible. Petraeus comes into the group in an interesting position, having just announced his departure from mYinsanity within the past week. It remains to be seen just how far his extensive ladder play can carry him in the Premier League. 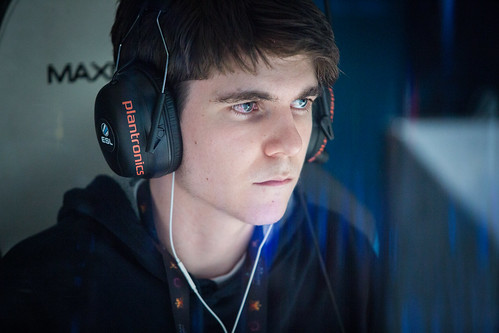 Group C: The group to end all groups 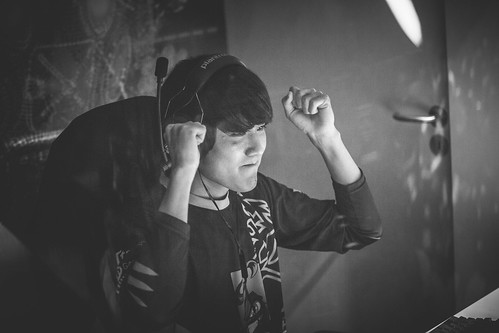 Group C features players on opposite sides of the StarCraft II spectrum, and one who falls relatively near center. Polt, the Season 1 Champion, has been a staple in the WCS, attending the last nine seasons of the Premier League and showing again and again why he’s Captain America. As a three-time champion, Polt’s winning placement here could push him above the legendary MVP in all-time earnings. Hydra may very well now be dubbed Polt’s WCS nemesis, as 2015 saw the Terran come back in a 4-3 win in Season 1 against the ROOT Zerg, and Hydra trounced Polt 3-0 in the semifinals in Season 2. Polt is currently rank 11 in the global standings, with Hydra just a few spots above him at rank 6. Both are in a good spot as they head toward BlizzCon, but any points they earn will be both reassurances and confidence boosters. 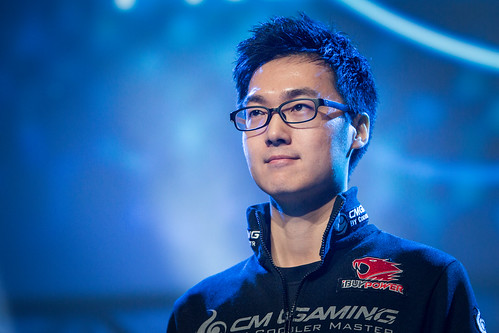 Zerg viOLet, meanwhile, has made it into the Premier League – but not past the round of 32. While ZvP domination is more in viOLet’s wheelhouse, he showed us again that he can decisively beat top Zergs when he twice took TLO down 2-0  to knock the Liquid player out of the tournament. vIOlet has the pedigree and potential of a champion, as evidenced by his 2012 results, but he has lost a lot of that spark. Will his performance in Poland be the moment he finds it again?

Elazer, the poor Zerg soul who must face Hydra in his first Premier League appearance, is the evident underdog. With only 75 standard league games to his name (to viOLet’s 292, for example), Elazer’s relative lack of experience may prove a difficult issue to overcome in a group of this caliber. Only time will tell how the Polish player will fare when he faces down last season’s champion on Wednesday in his home country.

Group D: A trio on the hunt for BlizzCon hopes 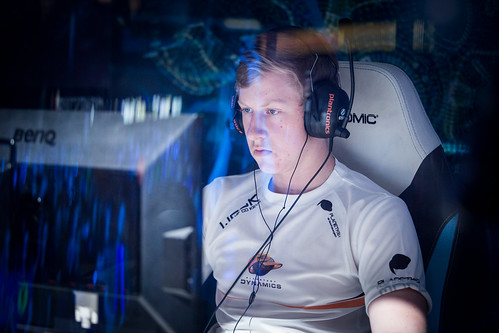 At 1,825 points, ForGG is desperate for the 2,000 points a win in Poland would get him. He’d be in an amazing position to move forward in the global finals, and after a top eight finish in Season 1 and a top 16 finish in Season 2 – where he lost to fellow Season 3 competitor GunGFuBanDa – the Millenium Terran is likely chomping at the bit for a chance at the final best of seven this time around. 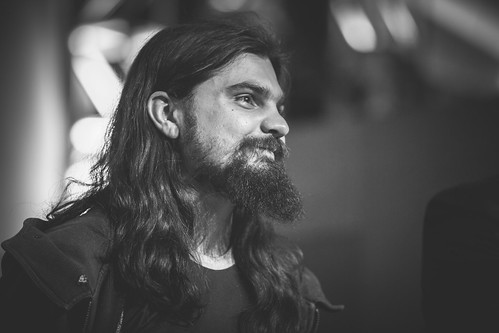 ForGG’s first opponent, ROOT Gaming’s iaguz, may prove a challenge. The Australian Terran has a better record than the frequency of his major tournament appearances might suggest, holding at a 64% win rate in TvT. That said, he is facing the infamous TvT master. One thing’s for sure: however this mirror match plays out, the kickoff games for Group D will be entertaining – and they’ll be followed up by the second set of Group D matches, which fans will have been waiting for since the start of the tournament. It’s Jaedong versus Lilbow. 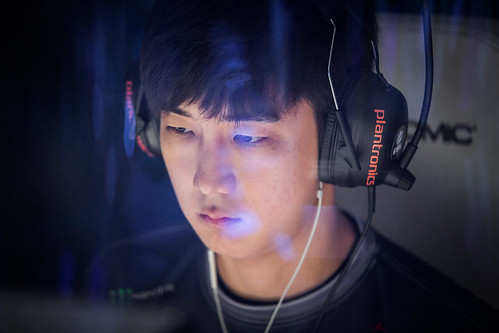 With the Tyrant sitting at rank 29 and 1,775 points, winning in Poland is nothing short of critical. His recent tenacity in matches and his remarkable effort to gather so many of his points in smaller tournaments both indicate Jaedong will find his way out of the group and into the quarterfinals. But he’s facing Lilbow, who still seems to be riding an extended play quality high. The French Protoss is ranked 25 in the global standings, making his top spot finish this week equally as critical as Jaedong’s own. Right now, Lilbow is two for seven against the EG Zerg. Regardless of whether he loses or wins against the Dong, though, will Lilbow’s blink micro be enough to take out the Terran in Group D and take him to the quarterfinals? 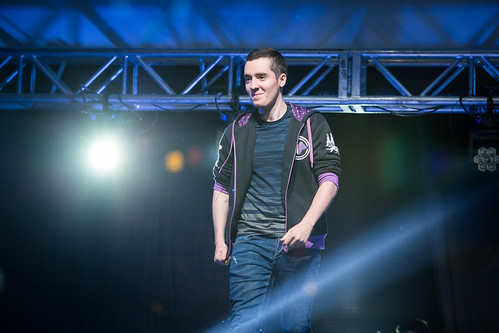 Whatever happens in these four groups throughout the week, everything could change once we reach the quarterfinals. New matchups and a day off between could mean desperation, slip-ups, unbeatable preparation and practice, full-on one-sided dominance and everything between. Who will take the WCS trophy and potentially earn a spot in the global finals? Who will go home empty handed?

You can find the broadcast team for the WCS Season 3 finals as well as a full schedule for the week’s games here.