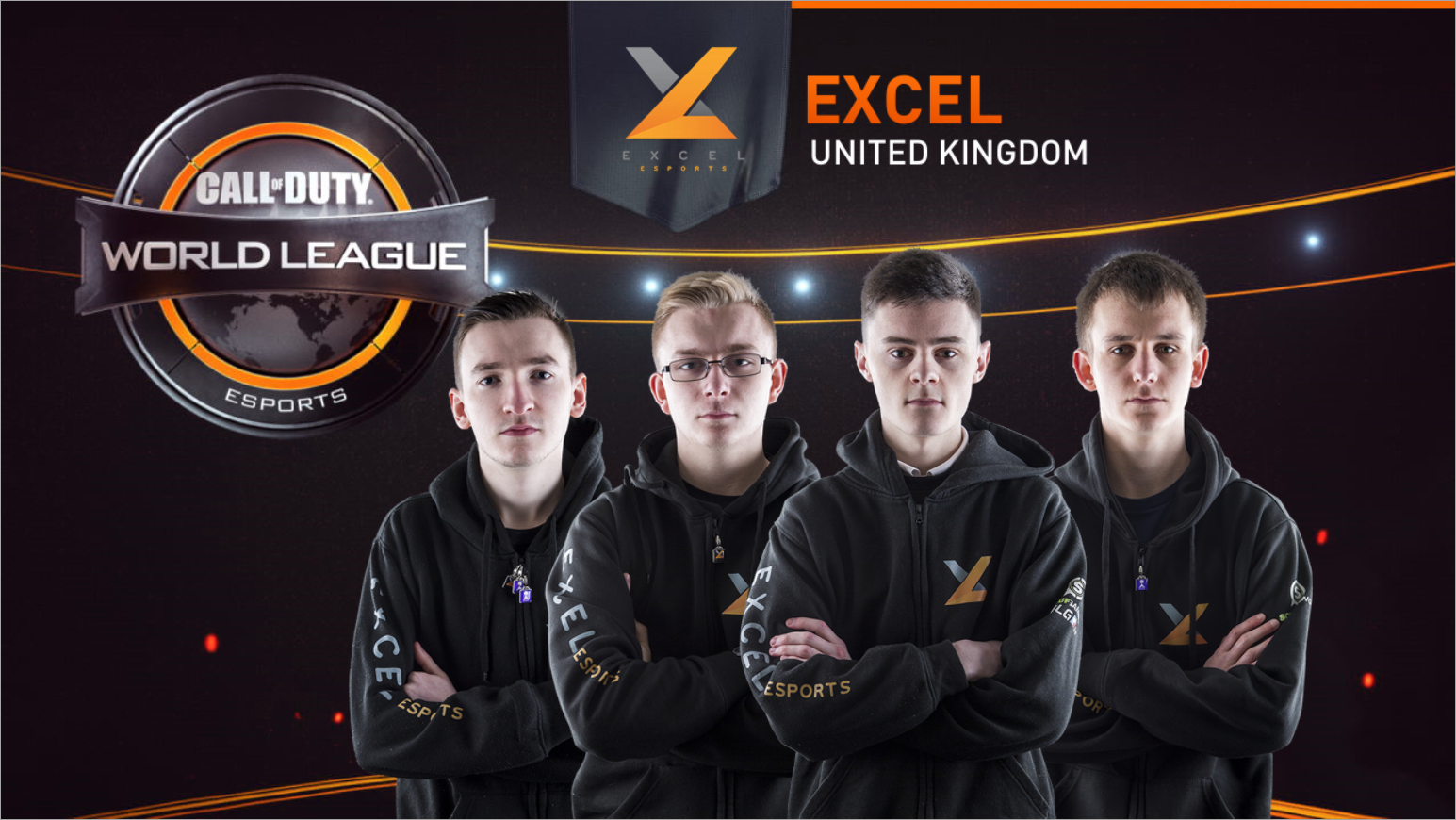 As the European Call of Duty World League presented by PlayStation Stage 1 finals draw ever closer, the talented lineup of teams have even less time to prepare themselves for the fierce battle ahead. With US$200,000 on the line, nobody is going to go down without a fight – and least of all exceL eSports.

Fifth seed exceL have had some definite ups and down throughout their Call of Duty World League run so far, having taken down titans such as Team Infused only to also make some unfortunate slip-ups.

All in all their performance has been a very successful one, with them holding the honor of being the highest placing team to enter the tournament via the online qualifiers. Having taken the fifth spot – and in such a convincing fashion – is no small achievement for the team, but will exceL eSports be able to continue to ascend?

Zed parted ways with long-term teammates Seany, Carbines and Insight in order to take part in the Call of Duty World League with exceL. Having first gotten into competitive Call of Duty with Advanced Warfare, he believes that his team deserves a spot in the top four as well as having the ability to take first place. Zed has plenty of support from his family including his twin brother and his parents, who both watch every single one of his Call of Duty World League matches. He’s also an OpTic fan, boasting a tattoo inspired by Ian “Crimsix” Porter. He was the team’s shining start in the first weeks of the CWL, pulling off insane numbers to carry his team to victory.

Qwiker was originally a YouTuber with over 30,000 subscribers. Having first come into competitive gaming with a YouTube team and then as part of Lightning Pandas, he picked up the title of Swedish national champion at DreamHack 2015’s Call of Duty LAN competition. Joining exceL for the Call of Duty World League was another step to enter the top tiers of Call of Duty esports and proves that the way from YouTube to pro is definitely manageable.

Before Braaain got into Call of Duty, he was pursuing a career in athletics. Having officially started out with Call of Duty 4, his first competitive title was the first Black Ops, with him now having nine LANs under his belt. The first of these was EGL 12, where he placed in the top 4-8, with Braaain’s highest placement to date coming third in the second season of the Gfinity Pro League. His favorite gaming moment ever was qualifying for the Call of Duty World League, so here’s hoping there’s even more ahead as the competition unfolds.

Nolson was ranked the sixth best individual player in Stage 1 overall, finishing the season with an impressive 1.12 KDR. Also eighth in the rankings for his kills per game and KDR, Nolson has a penchant for Breach CTF, with it being his best game mode statistically. He espcially stepped up in the later stages of the CWL and was an integral part of ensuring that fifth place.

See exceL in action at the ESL studios!

If you want to watch exceL esports try for the trophy in Cologne, make sure to grab your ticket here!

Make sure to check out the official Call of Duty World League presented by PlayStation site and follow ESL CoD on Facebook and Twitter for all the latest updates!