“We really want to win two majors in a row”: Happy talks ESL One Katowice 2015

When EnVyUs picked up the former LDLC roster earlier this year, it was a surprise to many fans. As the winner of DreamHack Winter 2014, Happy, team captain of EnVyUs, and his teammates will get to defend their title in Katowice at ESL One. We spoke to him about this opportunity and if he sees their latest title as an advantage in the upcoming tournament.

ESL: Hello, Vincent, and thank you for your time. You are among the Legends of Jönköping and didn’t need to qualify for ESL One Katowice 2015. How have you used the time so far to prepare for Katowice?
Vincent “Happy” Cervoni: Since we came back from iOS Pantamera, we’ve followed a regular schedule of practice online. We had – and still have – a lot of things to work on, but we will be bootcamping in Gfinity next week. Our only focus right now is to get a good result at the next major in Katowice, and we definitely have the tools to do so – we just need the right mentality and the right approach.

ESL: You were picked up by EnVyUs fairly recently. Would you mind telling us how this change of organizations has worked out for you so far?
Happy: It’s always a bit hard to change organization because you have a lot to do – you have to adapt a little, and there’s some paperwork to do. But generally, it’s worked great so far. We are very happy with the way it went, and I hope it will go on like this for a very long time.

ESL: While some big League of Legends organizations have picked up CS:GO teams, EnVyUs has a more console-based history. Was this a problem for you?
Happy: Not at all. We met with Mike (hastr0) and instantly felt that we would be a match. He made the transition go very smoothly, and for the time being EnVyUs is providing us with everything we want and more. I don’t think there’s so much of a difference between picking up a console or a computer-based team. The only issue we might encounter is that we don’t all speak fluent English. 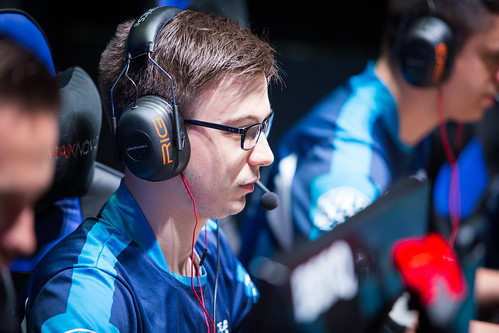 ESL: The last few months saw you challenging the other top teams very often. You got good results but Fnatic seem to be a problem for you. Do you believe you can change this in time and be the first team to claim a second major title?
Happy: Recently, Fnatic has been on a killing streak. They will clearly come to Katowice as the ultra favorites. I guess in people’s mind we come second, but we have been struggling with some internal issues since MLG Aspen. However, we made some good progress in the past week. We will be bootcamping one week prior to the event, and I think a lot of our problems might get solved during this period of time. However, we still need to get our groove back, something that we missed at iOS Pantamera. I know for sure that, for me and the team, we really want to achieve the feat of winning two majors in a row.

ESL: You were the winner of the last CS:GO major at DreamHack Winter. Do you think this puts you in an advantageous position for ESL One Katowice 2015?
Happy: No, I don’t think so, at least for me. There are always advantages and disadvantages to being among the favorite teams going into a tournament – you will be feared by some, but studied by the majority. So overall, I would actually say it’s a handicap, but we have been used to this since the beginning of the team – we are used to getting top place finishes.

ESL: You already have experience with the crowd at Katowice. Is there anything you have planned to gain their support?
Happy: I experienced it against Virtus.pro in my quarterfinal match last year, and I know it was a huge advantage for them. I don’t really know but I feel like if we play anyone but Virtus.pro, we might get some cheers. Maybe I’ll bring a shirt with TaZ’s face on it – that might help a little.

ESL: Both you and shox got a top ten placement in HLTV’s top 20 of 2014. What do top lists like that mean to you and does it motivate you to perform even better?
Happy: Well, that’s a difficult topic. Personally, I really don’t mind top lists – everyone makes their own, there are stats, etc. However, in the end, if you don’t win the whole thing, what’s the point of having an MVP-worthy performance? We already know that we’ve got the best players in the world (and I’m counting on NBK, SmithZz and kioShiMa as well) – the only thing that matters for me as in-game leader is to get everything working together and having the right chemistry and mentality at the right time. Of course, it’s always nice to see detailed articles about you, trying to explain what your impact on the game is, but as I said, in the end it’s not even close to mattering. 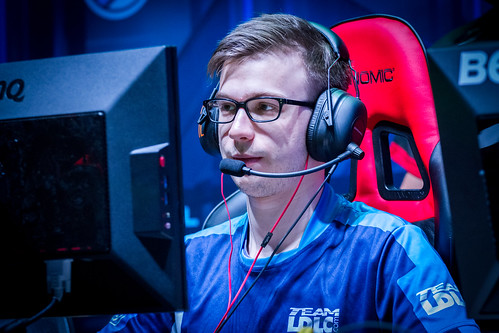 ESL: Katowice once again marks the start of this year’s tournament season. How do you expect the teams to be performing overall? Are there any teams you’ll be keeping a close eye on?
Happy: I guess it’s the same every time – the competition gets even harder and closer, more teams rise up, old teams make miraculous comebacks. Looking at the past weeks, if I had to give viewers some names to watch closely, it would be Titan, TSM and Virtus.pro. They are all still trying to find their path to make a top placement, and they definitely have the potential to do it.

ESL: Virtus.pro had a hell of a run last year at Katowice. Do you think it’s possible to see another dark horse triumph or do you see the usual suspects fighting for the trophy this year?
Happy: Well, I pretty much summed it up in the previous question. People might actually think I find it easy going against all the teams, but there are some seriously hard matchups for us. It’s not Fnatic all the time – pro players and teams are really stepping it up, and it gets really hard. My hope is to meet TaZ in the final – I have some reminiscences from the last year, and I have to take my revenge now.

ESL: Thank you for your time, Vincent. The final words belong to you!
Happy: Thank you for the interview – always nice to get some preview insights, even if everyone will pretty much say the same things over and over. I want to thanks EnVyUs for their incredible support as well as the fans, who are also really important when we are in competition.

From March the 12th to the 15th you’ll be able to see how Happy and his team do at ESL One Katowice 2015 – ESL Counter-Strike keeps you up to date on Facebook and Twitter with everything happening before, during and after ESL One Katowice.