“We do have our strengths, but we still have lots of things to work on”: an interview with Black” 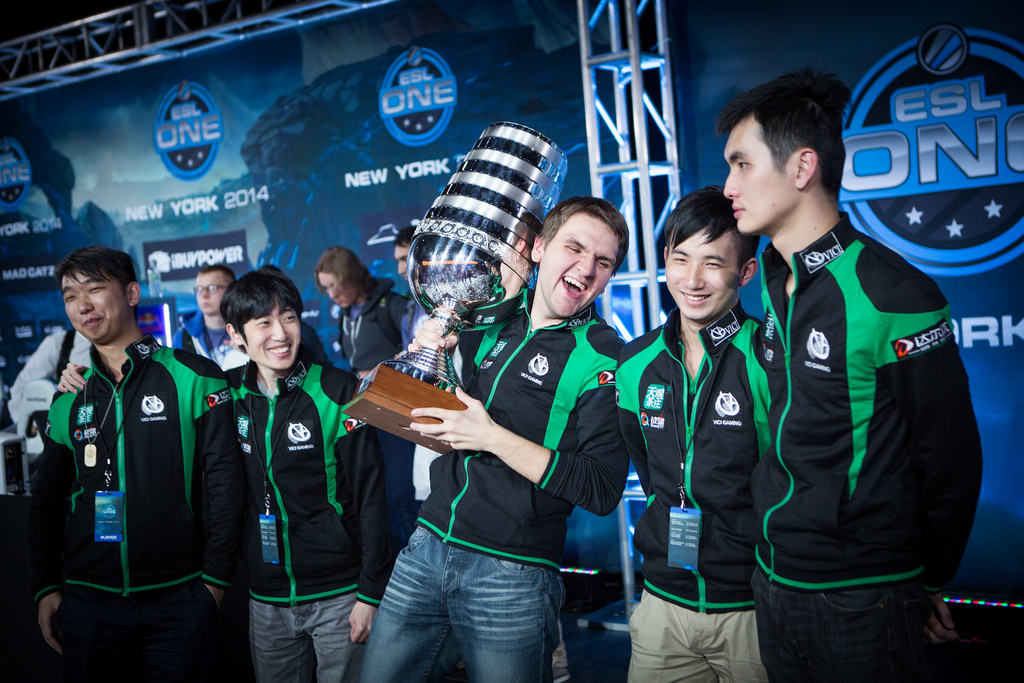 We had the pleasure of getting in touch with Vici Gaming very own, Black^. After delivering fantastic games time and time again during ESL One New York, VG went home with the ESL One trophy in the bag. We talked about the teams impressions of ESL One New York, his thoughts on the current patch and how he deals with communication issues in China.

ESL: First and foremost, congratulations on winning ESL One New York! How did you guys celebrate the win?
Dominik ‘Black^’ Reitmeier: Thank you very much! We actually did not really celebrate, some people went to sleep and the others went to get dinner together. We were pretty pretty happy though haha.

ESL: Going into the tournament, was there any specific matchup you guys wanted to avoid? Were there any you were looking forward to?
Black^: Hmm…We didn’t really want to avoid anyone, but we believed Cloud 9 and Evil Geniuses were the toughest teams to beat and since it was a tournament without loser bracket, it was kind of scary to face them early on. Other than that we were pretty happy to play versus any of the teams, because they all run different styles and there are lots of things you can learn from them.

ESL: How did you guys deal with the jetlag coming into the event?
Black^: We actually didn’t really have jetlag as we arrived in the evening and could go to bed right away. 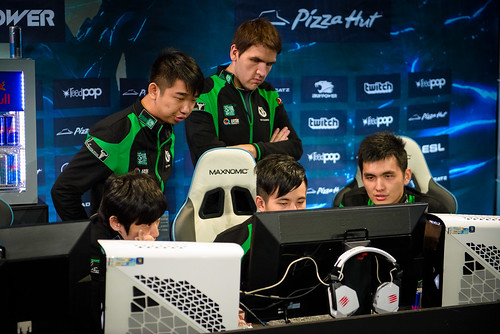 ESL: During western tournaments, you and iceiceice always have to take care of all the interviews. Are the roles reversed in the Chinese scene?
Black^: Not really. When we do interviews (if I have to give one) we usually have a translator helping us out, I’d say it’s pretty evenly spread.

ESL: Does the team still trust iceiceice to translate for them knowing his disposition?
Black^: Well….you always gotta go with what you have right? Other than that it is always extremely funny to listen to him translate things so I don’t think anyone would want to miss out on that hahaha.

ESL: Is this the strongest Vici Gaming we have seen so far?
Black^: Probably not…the TI4 Vici Gaming was very very scary and it’s gonna take a long while until we get there I believe. We do have our strengths, but we still have lots of things to work on.

ESL: Give us your thoughts on the current patch. Which heroes are your big winners and losers? How do you feel about the most recent changes to gold and XP gain?
Black^: The XP and Gold changes I like very much, because it punishes mistakes harder. If you’re winning and you are just being careless or not serious, you will pay for it. Big time. Heroes…I’d say the old popular heroes are still really strong, Centaur, Death Prophet etc. But winners are definitely the splitpushing/hard carries as its much harder to break the base now, the tower gold has also been reduced, which also makes pushing a bit harder.

ESL: Fenrir and fy are widely regarded as one of the best, if not the best, support duo out there right now. How do they achieve such a high game impact?
Black^: I believe they have been friends outside of DotA for a very long time, so they should have a deep bond of friendship and trust. I believe thats the biggest recipe to success. 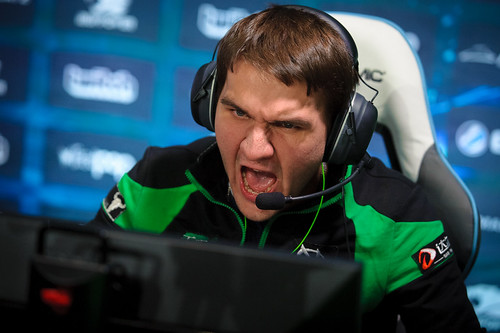 ESL: Your team is known for having a vast hero pool at its disposal. How do you come up with new in-game strategies? Do you focus mostly on your own game plan or do you try to counter the opponent’s draft?
Black^: Hmm, I’d say were capable of doing both. It mostly depends on what we and what the enemy drafts. I’d say its easier to stick to your own gameplan though, because that will ensure that you’re as comfortable as possible. Counterpicking opponents always bears a risk, because you might not be 100% familiar with what you have chosen to go with.

ESL: What did you guys do with the ESL trophy? In whose possession is it right now?
Black^: It’s in our managers possession and he put it alongside the others trophies of VG. There are actually quite a lot….not only from DotA but also from LoL and Warcraft 3.

ESL: You’ve said in previous interviews that communication between you and the rest of the team is difficult at times but it works out in the end. How does this work outside the game, be it strategising or otherwise?
Black^: I can actually understand most of the things that are being said in and outside of the game. The biggest problem I have is speaking, because it’s really difficult to hit the right tones and everything. I usually go back to easy chinese or, if I absolutely cannot express myself. iceiceice will help me translate.

ESL: As well as winning a massive tournament, what else did you do in New York?
Black^: We did not really have time to do much. It was mostly just playing and waiting for matches. Hopefully next time we could have a day or two just to explore.

ESL: Is there any single hero and specific strategy that you’ve wanted to try out but never had the opportunity?
Black^: That’d definitely be Pudge. Been working around it for quite some time, so who knows what the future is gonna bring, hehe. 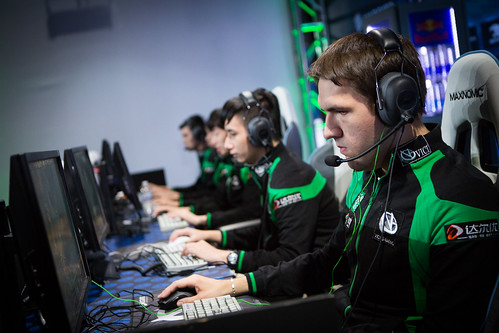 ESL: The western teams were very strong in the recent Chinese tournaments but now you guys won in the US. After complete Chinese dominance during TI4, do you think the competitive scene is balancing out again?
Black^: Tough question, I think it’s really hard to say. Both scenes have their strengths and weaknesses. I think around April we will see the true strength of all the teams, because that’s the time to get 100% serious.

ESL: Thank you for your time, do you have any shoutouts you’d like to give?
Black^: Shoutouts to all of our fans and supporters. Special shoutout to our Sponsors Tenwow food，Dare-U，Riverstone and Huomao TV 🙂

ESL: Thanks for the Interview!

Don’t miss out on our previous interviews with the talent and players from ESL One New York as well as some of our other post-event coverage: