WCS America heads into a hopeful RO16 for foreigners

Korean players reigned supreme in last season’s WCS America, conceding only three spots in the RO16 to foreign players. This time around, the number of foreigners to make it through has doubled, with the most representation from North America since WCS was revamped in 2013. With the odds still stacked against them, let’s have a look at whether any of the players who have rekindled the foreigner dream will make for prudent drafts for your WCS America Fantasy team.

If you want to catch all the StarCraft II action in person, you can buy tickets to watch it live at ESL’s studios in Burbank, California here!

Group A: The path to redemption 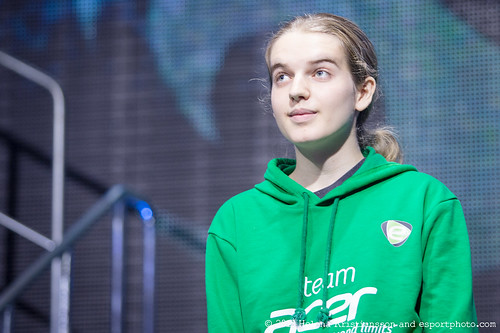 viOLet is the only player in Group A who made it into the RO16 last season, and so won’t have any chance of collecting any upset points if you choose to draft him. This also limits the amount of upset points the other three players in the group can gain, as they will only do so if they beat viOLet. Regardless of this, he will be a strong pick coming into the round of 16. The Zerg player has made his half a year hiatus seem irrelevant, proving that he can still run with the big dogs despite his absence from any premier tournaments. He currently stands in 20th place in the WCS ranking, and will need a big win to propel him into the top 16 and BlizzCon. viOLet is a quietly consistent player, and will be a safe addition to any WCS Fantasy lineup.

Yet to replicate her performance in WCS 2013, Scarlett has a lot to prove in the final season of 2014. As one of the top foreigners, a lot is resting on her shoulders to prevent an all-Korean RO16 like last season. Although Scarlett’s WCS performance thus far has not been up to her usual standard, she has been collecting a wealth of offline tournament results. In the past three months, she has won Red Bull Battle Grounds: North America and has finished in the top four at HomeStory Cup IX and MLG Anaheim, and as such has plenty of momentum coming into the RO16.

Like Scarlett, veteran player HerO has made it to the RO16 for the first time this year and certainly has a lot to prove. On the cusp of qualification to BlizzCon, at 18th place in the standing there is a lot of pressure on HerO to make a deep run into the tournament. When HerO is on form he can take matches off anybody, as evidenced by his wins against MC and San at DreamHack Summer recently. However, if you draft the Protoss player, you are taking a huge gamble on whether or not he will be on form on the day.

iaguz is the dark horse coming into Group A, surprising even himself when he advanced from the RO32 at the top of his group in his Premier League debut. He faces tough competition to make it to the playoffs, however he could surprise everyone again by doing exactly that. The Gimili Terran showed a wealth of different builds in the RO32, as well as excellent defense from early aggression in his first game against Jim. If WCS has taught anyone anything this year, it is to expect the unexpected, and by that reasoning iaguz should be the clear winner of the group.

Group B: Stacked beyond belief 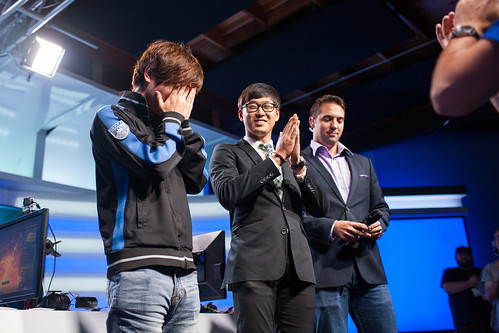 Group B is without a shadow of a doubt the group of death, meaning that this one is going to be extremely difficult to draft. Choosing between two former WCS champions – the Tyrant and the Summer Terran – is going to be no easy feat. HyuN has had a great year in WCS, winning season one and finishing in the top four last season. His other tournament showings have not been as impressive, although his constant presence at DreamHack tournaments along with his WCS win has allowed him to amass enough points to take first spot in the WCS ranking. HyuN is always a good pick, but he will have an onerous path to taking the first spot.

TaeJa has been collecting tournament wins left, right and center, hot off his first place finish at Intel Extreme Masters Shenzhen. He has yet to net a WCS win, something that he needs to achieve before his army enlistment begins in Korea. The Terran player has actually yet to make it into the quarterfinals this year, losing to both Hyun and Pigbaby in his previous two RO8 attempts, both of whom went on to win the respective season. Now with both of the players who stood in his way, TaeJa is on the hunt for redemption.

Pigbaby’s unexpected win last season was a historic moment in WCS America. Although upsets were occurring on a regular basis in all three regions, America tops the rest for crowning the most unlikely victor. It’s not as if Pigbaby faced an easy route to the top, beating TaeJa, HyuN and Bomber in the playoffs. Having already faced off against two of the titans in this group, and winning both matches handily, Pigbaby has a good chance of advancing. People might be calling in to question whether his success last season was simply a fluke – a question which should be answered in the group of death.

Last but by no means least, we have Jaedong. Seemingly always the bridesmaid, the Tyrant is continually on the brink of tournament victories. However, this year his perpetual position as runner-up took a turn for the worse as he failed to make it out the RO32 in the previous two WCS seasons. Not one to let a setback get to him, the Zerg player has almost restored himself to his former glory, with a top for finish at Intel Extreme Masters Shenzhen recently. Jaedong is the only person in this group who can benefit from upsets points, although the other three players might be safer drafts. 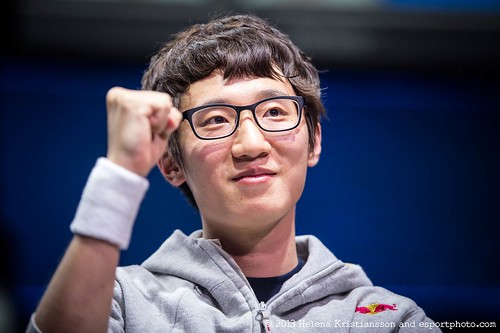 Check has a difficult time staying relevant, particularly among all the other Korean players who compete in WCS America. Although he has made it into the RO32 twice in a row now, he seemed to have been very lucky with his groups. Check managed to take first place in his group over Pigbaby, which may have surprised some, but all his games in the round of 32 were extremely close. His WCS journey thus far has involved a great deal of luck, and it is quite unlikely that he will advance from the group.

Jim hasn’t made it to the offline portion of WCS America since he finished in fifth place back in 2013. The heavily hyped Jimcredible seemed to collapse only to be revived recently at Intel Extreme Masters Shenzhen, where he finished in the top four. He is severely limited by playing his RO32 matches from China, where building units like High Templars would simply not be viable. Jim has a good chance of advancing out of the group, and with upset points to be won, he wouldn’t be a bad pick for the group.

Bomber really does seem to be in a different league from all the other players in the group – in fact, he hasn’t dropped a single match to anyone in Group C. The Terran player faced a bitter defeat last season when he finished runner-up to Pigbaby in a nail-biting series. Now on the hunt for his first WCS America title, the other players in the group probably won’t offer up much resistance. If any player is likely to contend for the first spot in the group, it will be Jim, although Bomber will be the safer pick of the two.

HuK is one of those players who is firmly relegated to the RO32 or the RO16. He’s a familiar face in WCS America, but has never really made a huge impact in the tournament.The North American representative might be able to make it out of the group after Bomber if he holds his own against Jim’s infamous penchant for all-ins. Perhaps the sixth time will be the charm and the Canadian Protoss player will finally make it into the playoffs. 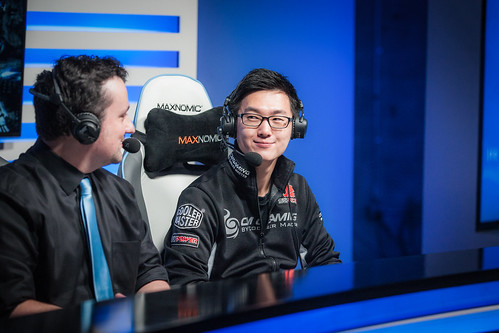 In comparison to his run in last year’s WCS, Polt’s performance in 2014 has been a little disappointing – that’s if you can consider two top eight finishes disappointing. After two consecutive victories, Polt has made it clear that WCS America is his stomping ground. Although he does not attend as many tournaments as others, he sits in a comfortable sixth place in the WCS ranking. The influx of Koreans in WCS America has made it harder for the Terran this year, although he has still managed to hold his own and will be a firm favorite to top the group.

Neeb is a young Terran player, and alongside Major will attempt to stop the all-Korean domination we saw in last season’s RO8. Like HuK, he is a mainstay in the tournament, but has yet to advance past the RO16. Being placed in an entirely Terran group is unfortunate for the 16-year-old player as he has only won a third of his matches against Terrans this year. Neeb’s WCS future isn’t looking terribly bright, especially as he will have to face off against Polt in his first match.

Heart’s tournament history in WCS has been a little patchy. However, he beat his own personal best last season when he made it into the semifinals. He was the only person to take a match off Pigbaby, as well as beating players like Jim and viOLet. His TvT is statistically his worst match up, with a reasonable 52% win rate. There would be no reason to draft Heart over Polt, as there are no upset points to be won. That being said, Heart has a good chance of advancing from the group.

If anyone is going to stop both Polt and Heart advancing from Group D, it will be MajOr. Until last season, the Mexican player was stuck in a rut, seemingly unable to advance past the RO32. Now he has made it into the round of 16 twice in a row, and is hoping to take it one step further this season. MajOr has won 64% of his matches against Terrans this year, and has won half of his games against Polt. MajOr is one of the best North Americans right now, something which he proved last season when he was the last player from the region in the RO16. It seems highly likely that second place in this group will be a toss up between Heart and MajOr. The two have not faced off since 2013, and so it is difficult to predict who will make it the playoffs. 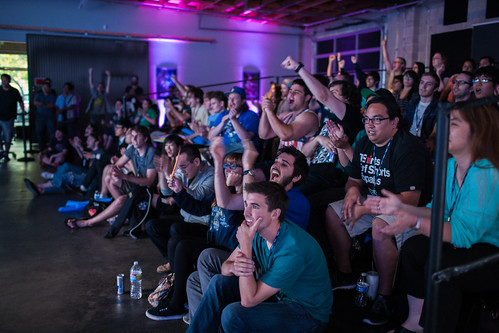 Make sure you draft your players for the RO16 over on ESL Fantasy! If you’re finding yourself behind in points, now’s your chance to catch up, with even more points to be won in this round of drafting. WCS America will return soon – catch all the action here when it does!