Thijs finishes his Road to BlizzCon as first ever European champion 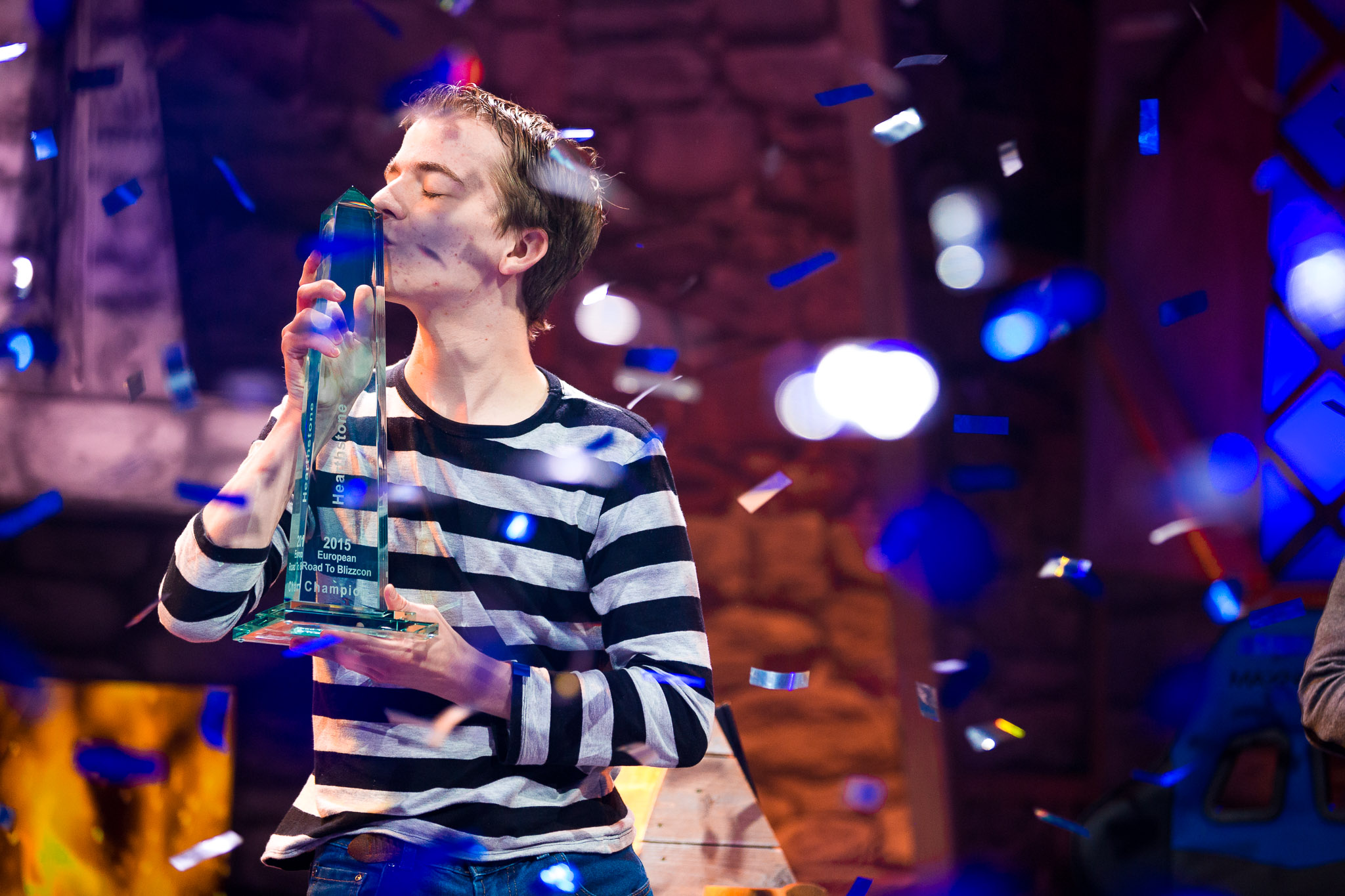 The Road to BlizzCon is long, exhausting and, for some, heartbreaking. Dreams are shattered, careers are ended and some experience the ultimate moment of success. The European Championships in Prague, Czech Republic this weekend had all of these ingredients – tragedy, thrilling battles, all capped off by the image of Thijs becoming the first ever European champion.

For Thijs, the last month had to feel like a dream. The player from the Netherlands, recently picked up by Gamers2, has been on a massive hot streak, starting off the month with the title at the big Archon Team League Championship alongside his teammates Rdu and Lifecoach and following that with an undefeated run through the toughest competition in Europe.

Not only did Thijs win out on the main stage in Prague with two wins in the group stage over Belgian player Maverick and Swedish hope Ostkaka, but he also walked through the European regional qualifiers online without dropping a game. Being able to skip the last call qualifier due to outstanding ladder and tournament performances, his Road to BlizzCon started in the first round of the regional qualifier. In one of the toughest branches of the entire bracket, Thijs had to overcome some of the best players in Europe to even make his way to Prague. Standing in his way were big names like last year’s World Championship contender Greensheep, ladder god XiXo and his own teammate Lifecoach.

Thijs grabbed himself the spot in Prague by defeating all of those players, playing like a man on a mission. The sting from losing to Kolento at the 2014 European qualifiers motivated him to go above and beyond to secure his dream of going to BlizzCon.

Fueled by that motivation and good draws on his power class Druid, Thijs ran through his group and straight into the semifinals to face teammate Lifecoach once again. The rematch between friends turned into a somewhat one-sided affair with the German player being unable to secure a win with his Patron Warrior. Three times he tried, three times the inn was closed. Thijs’s Druid, his own Patron Warrior and his Handlock seized good control of the board, applied enough pressure to push damage onto Lifecoach and never let him get off the deck’s essential and game-winning combos.

With one Gamers2 player eliminated, the other was on the verge of the biggest success of his career. Only another consistent player was standing in his way, another man on a mission of avenging the sting of last year’s European Championship – Neirea from Team Liquid.

This time it was Thijs who had early struggles on Patron Warrior, losing the opening mirror match in stunning fashion. It was the player from the Netherlands who first got off a big turn, populating the board with Grim Patrons only to see his game plan backfire with two charging Frothing Berserkers hitting his face for the 42 damage one-turn kill. Unfortunately for the Ukrainian, it all went south from there. First the Patron Warrior scored the win over the Druid, followed by two wins in the mirror matches. Closing out the series and the Prague event was the popular DemonHandlock mirror, which swung heavily in Thijs’s favor after getting Jaraxxus on the board on turn four via Voidcaller. The 3/15 body of the Eredar Lord helped the Gamers2 pro to keep the board clean and clear for a lot of turns to come, while also dealing a few points of chip damage here and there. In the end, the finishing blow came with double Hellfire and a Doomguard for lethal damage. Thijs walked away with the trophy and US$10,000, while second place finisher Neirea still collected a respectable US$5,000 in addition to his BlizzCon ticket.

Prague not only gave the community and the European region its first ever champion – it also introduced everyone the four players who’ll be representing the region in the upcoming BlizzCon World Championship in Anaheim, California. With the big showdown only a month away, Europe looks to be in a prime position to capture the World Championship and snag it away from the reigning region of America.

European Champion Thijs and his entourage of Neirea, Lifecoach and Ostkaka will travel the Road to BlizzCon together, with their sights set firmly on the goal of the World Championship title. For three of the four players, succeeding in Prague was an act of redemption that avenged their losses the year before. Back then, Thijs was missing a single win to go to the World Championship, while Lifecoach and Neirea had already seen their dreams crushed in the group stages. Another tale of redemption is the journey of competitive scene favorite Ostkaka, who has been slated as one of the best players in the world for a while now. Most of the time he came within one win of qualifying for every big Hearthstone tournament, with Lady Luck proving to be a cruel mistress at the most crucial of times.

Now he and his four fellows are at the top of the European scene, representing their region, their countries and their organizations on the biggest stage Hearthstone has to offer.

It will not be a walk in the park despite the European’s big names, however, as strong contenders await. From China it will be LoveCX, Zoro, NoTommorow and Zihao reaching for the title, from the Asian-Pacific region Pinpingho, Neilyo, Kno and Kranich will throw their hats into the ring. The only region currently missing their four chosen players is that of current World Champion Firebat. While Firebat will be unable to defend his title in November, his heirs could yet bring the trophy home once more. The deciding tournament is only a few days away, where the best cardslingers of North and South America battle it out for the all-important four spots at the 2015 Hearthstone World Championship 2015.

The European Road to BlizzCon is now concluded, and Thijs, Lifecoach, Ostkaka and Neirea are getting ready to travel to BlizzCon 2015 in Anaheim, where they will battle it out for the World Championship title with top players from around the world.