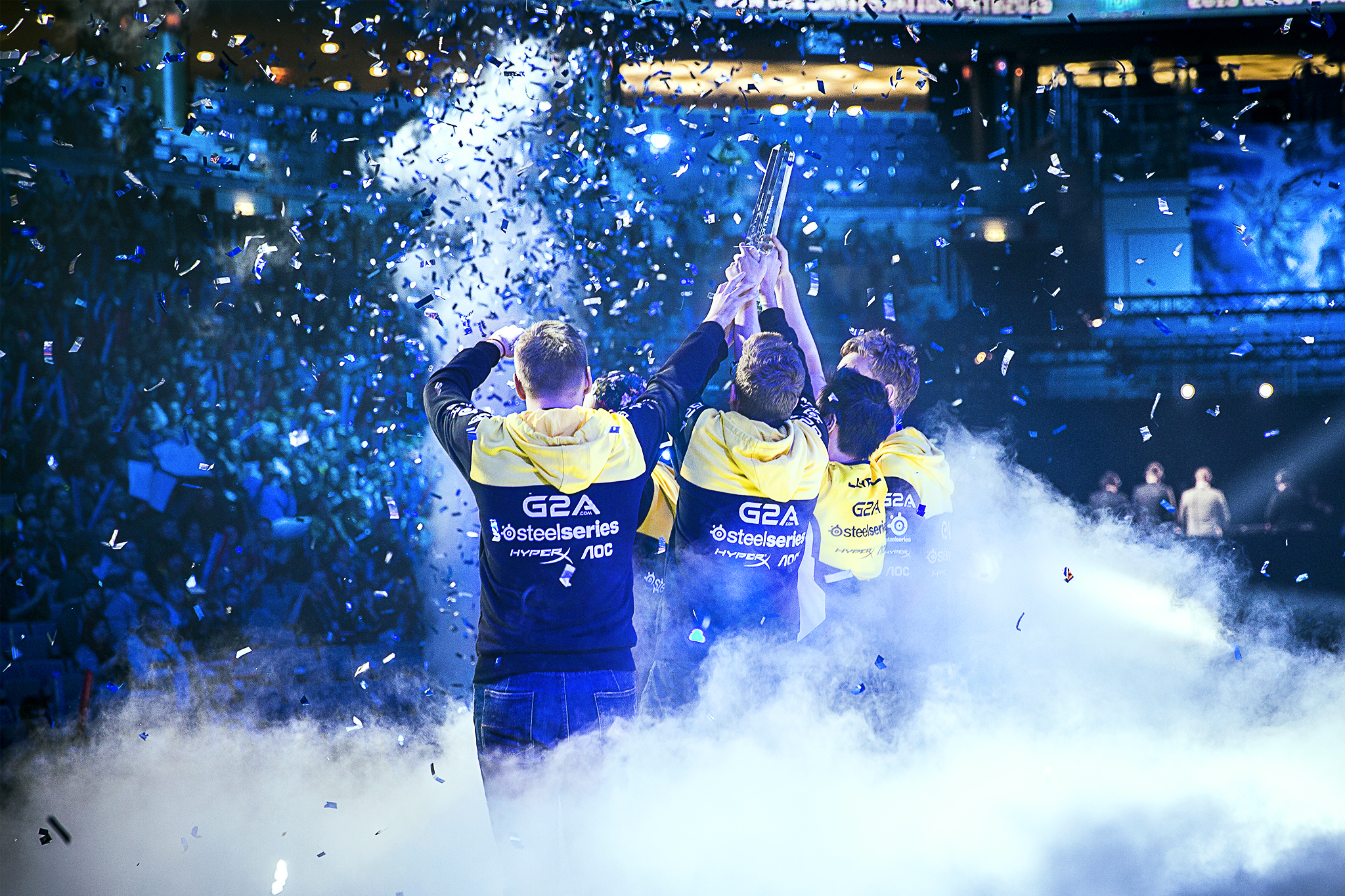 Sunday in Prague meant finals, finals, finals. Three European champions would be crowned on their Road to BlizzCon, and the venue was buzzing.

Having qualified for the grand final the day before, Team Dignitas and Natus Vincere took the stage to decide who would also be bringing the trophy home with them – it was time for the best of the best in Europe to show what the European Heroes scene is all about.

Since these two teams are known to practice together, this was an interesting matchup. Going into the drafts with that much first-hand information on the other team would show just how well they know each other’s plays, strengths and weaknesses. The counterpicks and targeted bans showed a great deal of thought – possibly more than had been shown previously throughout the weekend. Both teams had definitely done their homework!

Game one: Tomb of the Spider Queen

As Tomb of the Spider Queen is a map on the smaller side of the spectrum, it came as no big surprise that both teams would draft for teamfights. However, Na’Vi were playing with a new build for their Kerrigan and had proved the day before that they were not completely comfortable on this particular map.

The game would turn out really close, with one team pushing ahead and the other one catching up. But Na’Vi’s otherwise clean team machine clearly suffered on the map, and Dignitas’s confidence grew. However, their communication did not. Na’Vi were time and time again able to capitalize on minor misplays and making them more serious, in the end turning one kill into a map win.

Determined to prove themselves, Dignitas moved in fast and were able to secure the first kill within the very first minute. However, by the eighth minute they were back in the same trap as they had been in previous game: miscommunication and miscalls turned the tables for them.

Na’Vi were slowly taking full control of the map, forcing Dignitas to become more passive and constantly retreat. Dignitas were desperately scouting for opportunities to catch Na’Vi off guard, as their opponents were becoming impossible to face head on. However, all attempts at advancing were successfully shut down by Na’Vi at an impressive speed, and eventually they were able to finish the game.

Obviously a bit shaken by previous games, Dignitas went into the third draft attempting to pick safe. Na’Vi, on the other hand, drafted The Butcher and Falstad – picks that have to be seen as a possible flirt with their fans.

Both teams started out surprisingly safe, but while Dignitas were still trying to get a grip on their opponents, Na’Vi picked up the pace – and the momentum they created for themselves seemed unbreakable. With Butcher at the frontline they were able to move in and break Dignitas’s focus time and time again, soon advancing to actively seeking Dignitas out and catching them completely off guard.

Dignitas couldn’t fight back – Na’Vi had grown into a complete monster over the span of the three games. When GG was typed, they hadn’t lost a single map for three days straight.

Despite losing out on the title, Dignitas still qualified for BlizzCon and will join Na’Vi in Anaheim later this fall. When asked if the new champions had anything to say to their future BlizzCon opponents, schWimpi replied:

“Nothing. They will see what we bring and they will feel it!”