The Rainbow Six US Nationals are headed back to Las Vegas! 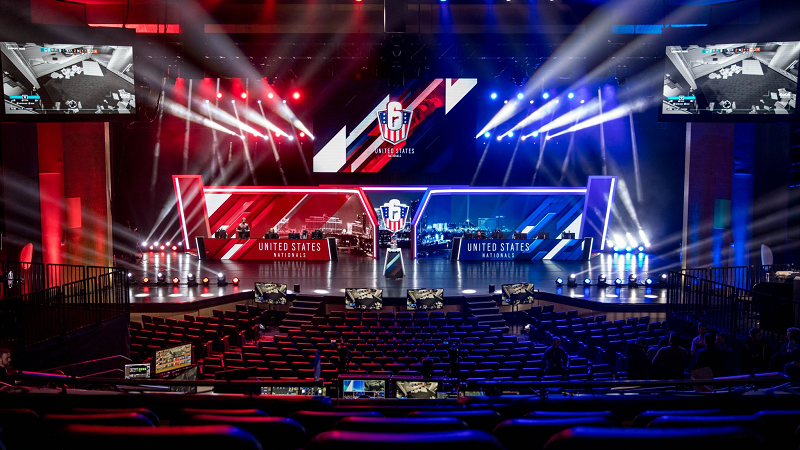 The Rainbow Six US Nationals is now in its second year and with the qualifiers completed and teams locked in, it’s time to head back to the Penn & Teller Theater in Las Vegas for the finals on December 13th-15th! Tickets can be purchased at rainbow6.com/tickets

Teams from across the United States battled it out for a shot at becoming team USA throughout the 2019 season in the Eastern and Western Conferences – let’s take a look at who we’ll be seeing in Las Vegas:

Up for grabs is the $140,000 Venmo prize pool, with $50,000 going to the roster that becomes the official Team USA! For a full prize breakdown, see the event guide here.

Additionally, the Branch Battle showmatch makes its return to the US Nationals! Last year showcased the Army vs Air Force, and this time we’ve also invited the US Navy and the Marines to take the stage. After last year’s banter and showmatch we’re expecting even bigger and better things from these teams, so be sure to tune into the showmatches on Saturday.

After its success at the Raleigh Major, the Creator’s Showmatch is back at the US Nationals! Your favorite creators will battle it out for bragging rights in a best of three showmatch on Sunday before the finals – you don’t want to miss this.

Many of the lovely faces you’ve gotten to know over the last two seasons of the US Nationals will be returning to Las Vegas. Velly’s debut appearance in Rainbow Six was at the US Nationals last year on the analyst desk, and this year he’s joined once again by Zironic and Jump. The action will be brought to you by Interro, Blu, Stoax and MZO, and on stage you’ll find Jacki Jing bringing the hype.

Tickets are on sale now – pick yours up online via Ticketmaster!

There are three tiers of tickets: VIP ($75 USD), General Admission ($40 USD), and Open Admission (Free). The Open Admission ticket will only grant you access to the exhibitor and activity areas on Saturday and Sunday, but not the show itself – if you want to watch the matches inside the theater, you’ll have to snag a General Admission or VIP ticket while you still can!

The General Admission ticket gives you access to the exhibitor, activity and arena areas on Friday, Saturday and Sunday – as well as includes an in-game weapon charm. If you go all the way for the VIP ticket, in addition to the above, you’ll also be granted front-of-the-line access to the exhibitor and activity areas, breeze through the lines with a dedicated VIP ticket queue, and receive a VIP bag with exclusive swag.

Cosplayers are more than welcome at the US Nationals! There are some restrictions on props however – no real weapons, firearms, or blades/edged weapons of any kind will be permitted on premises and all costumes will be inspected and tagged. All attendees will be required to pass through security checkpoints to ensure the safety and enjoyment for all.

There will be meet and greets, a white elephant gift exchange, open reception after the finals to meet talent and players, photo booths, Ubisoft store and more! For a complete breakdown of what’s happening in the exhibitor and activity areas, check out Ubisoft’s Rainbow 6 US Nationals Event Guide!

The Penn & Teller Theater is located inside the Rio All Suites Hotel (3700 W Flamingo Road Las Vegas) – book your room there using Discount Code R6USN to receive a 10% discount!

Can’t make it to the event? We’ve got you covered – here’s where to watch: