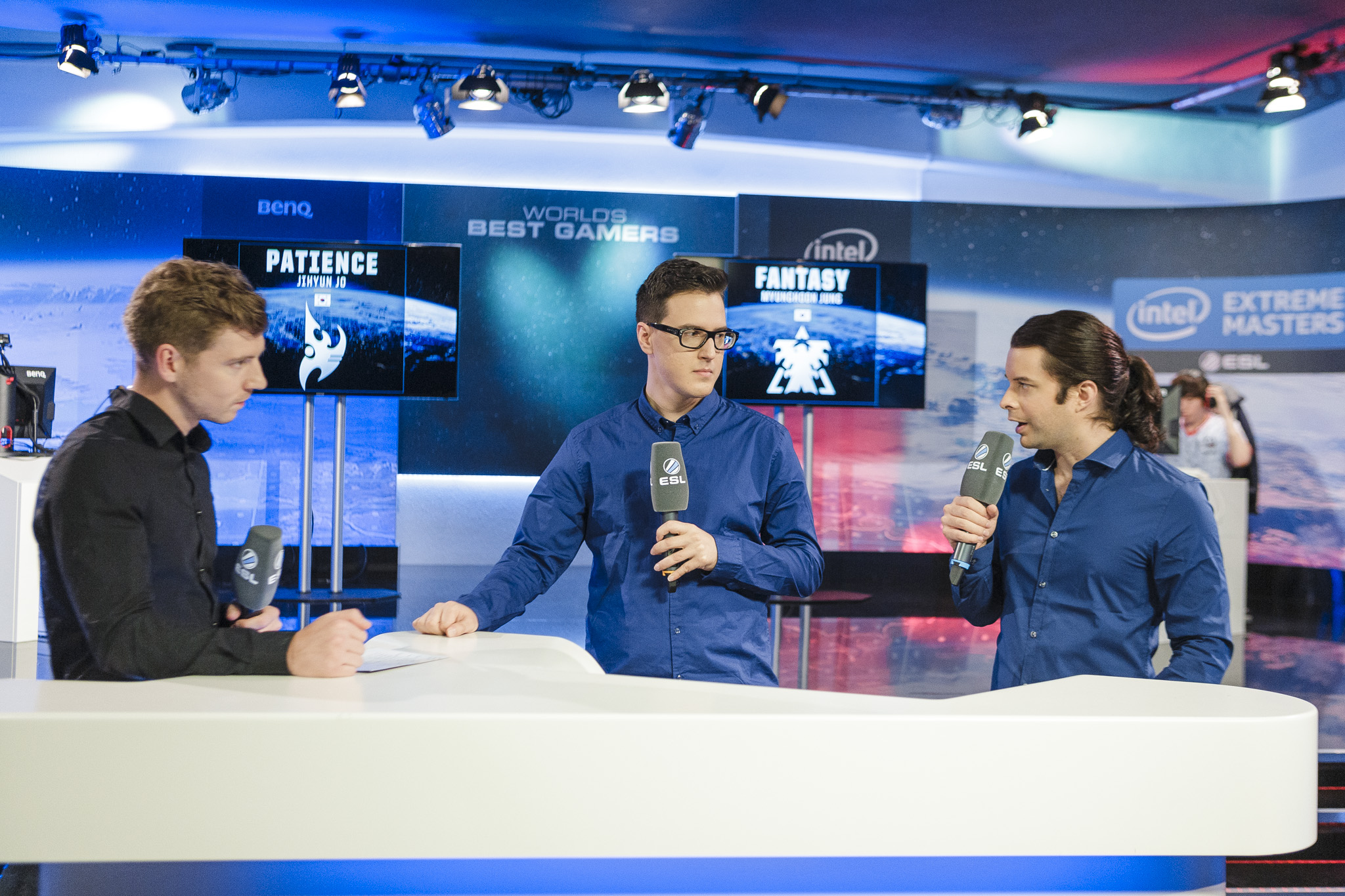 Today marked the start of the playoffs at Intel Extreme Masters gamescom and two foreigners made it out of the groups. Joining the Korean stars MMA, soO, FanTaSy, Patience, ForGG and INnoVation were Nerchio and Lambo, who made it through their groups in first and second place respectively. Let’s take a closer look at how the quarterfinals turned out.

Quarterfinal one: soO vs. Lambo

The German champion Lambo was one of two remaining foreign hopes in the quarterfinals, as he had a strong showing in the groups. However, his luck ran out after the quarterfinal draw as he got matched up against Korean star player soO. Coming to Intel Extreme Masters gamescom as the KESPA Cup winner, he gave little to no room to the German, taking the series convincingly 3-0, thereby setting himself up as the first semifinalist.

Two teammates clashing on their road to the semi finals: what more could you ask for? Patience and FanTaSy matched up quite evenly, showing just how much they both wanted to advance. With a trip to gamescom on the line, the series went back and forth between the two Dead Pixel teammates and saw them go the full five maps. In the end, FanTaSy managed to came out on top, securing his spot in the semi finals against soO, with a 3-2 victory.

Another team kill was on the menu for the third quarterfinal, this time between fellow Team Acer players Nerchio and MMA. Only one of them would make it to the gamescom to take part in the semi finals. A closely contested series saw MMA demonstrate some very aggressive moves, while Nerchio showed that he still had some aces up his sleeve. However, MMA consistently showed a very strong performance throughout all games, eventually taking out his teammate with a 3-1 scoreline to advance to the semi finals.

The two Terran players ForGG and INoVation brought a good portion of mech to the field while fighting for the last semi finals slot against MMA. INoVation, coming into this matchup as the clear favorite, was pushed back after winning the first match and saw ForGG living the underdog’s dream. However, INoVation struck back, to take the series in a thrilling fifth and final map by 3-2 and advanced to the semi finals against MMA!

Check out the highlights of the quarterfinals and more over at Plays.tv!

Hold on tight for the semi and grand finals!

Check out our recaps of the previous days of Intel Extreme Masters gamescom here: