The future of Guild Wars 2 esports and PvP: an interview with the ArenaNet team

There’s a lot going on in the world of competitive Guild Wars 2, from ESL’s own regular Go4GW2 cup series to the World Tournament Series Championship, which recently saw its second installment take place at PAX East in Boston. We got the chance to talk with associate game director John Corpening, competitive events manager Josh Davis and Stronghold game designer Hugh Norfolk about about events past and future as well as what ArenaNet has lined up next for its PvP players.

ESL: Hi, guys! You just wrapped the second World Tournament Series Championship in Boston at PAX East, with a prize pool of US$50,000. There was quite a shocking finale – what are your thoughts on the outcome?
Josh: This was hands down one of the most exciting tournaments we’ve had in Guild Wars 2 history. There was a lot of uncertainty on which team would take home the win. On one hand you had North American team the Abjured, defending World Tournament Series Champions, confidence fueled by the fact that they hadn’t lost a single tournament match in the three months preceding the event. On the other hand you had European team Orange Logo whose roster consisted of three members of the team that lost to Abjured in the first World Tournament Series. To top it off, Orange Logo had been struggling in the tournaments leading up to the World Tournament Series in Boston. They definitely didn’t share the same dominance over Europe that the Abjured did over North America. On paper, it seemed like the Abjured were clearly in favor of taking the win. The first time that Abjured and Orange Logo faced off in the upper bracket, it seemed almost certain that Abjured would take those games just as easily as they had for months prior. There was a moment, somewhere, where Orange Logo, in sheer defiance, in their unwillingness to lose, pulled out one of the craziest comebacks we’ve seen, stopping Abjured dead in their tracks at three points shy of the win, and going on to steal a Chieftain kill for the win. A loss isn’t something that the Abjured isn’t experienced in dealing with, and Orange Logo definitely used this to their advantage through the next match and into the grand finals.

In short, we couldn’t have asked for a more exciting tournament. Well played, Orange Logo, and congratulations to Europe! We hope to see some familiar faces at the next World Tournament Series event at gamescom in August.

ESL: What made you decide that Conquest was the game mode you wanted for PvP?
John: Leading up to launch, we prototyped a number of game modes. We decided on Conquest because we felt it best highlighted the dynamic combat system in Guild Wars 2. Conquest in  Guild Wars 2 places an emphasis on player skill by breaking the fights up into several smaller fights that can change from a 1v1 up to a full team fight depending on the tactics of the teams, the dynamics of the map and the interaction of secondary mechanics.

ESL: What does the future of Guild Wars 2 PvP look like?
John: We have been shaping PvP since launch to better suit our community. PvP looks completely different now than it did at that time. Each revision has brought improvements tailored to our community and has drawn in more players as a result. For example, last year we overhauled gear and rewards, created a much easier to use build interface, created ranked and unranked arenas, introduced an innovative map selection system and a host of other improvements. We plan to continue working with our community to evolve the game even more. Currently, our most requested feature is a new game mode, and Stronghold is the next step in that evolution. We have also been building our competitive scene brick by brick. We started with the launch of Custom Arenas that allowed players to host tournaments. This led to various support programs for community shoutcasters and tournaments, and the PAX invitational. Last year we worked with community groups to create the Tournament of Legends. Originally we thought we would get dozens of teams signing up but we ended up with hundreds of teams registering, so we decided to do a second Tournament of Legends that had over 400 teams register.

There has also been an All-Stars tournament at gamescom with teams from NA, EU and China, the Tournament of Glory, the ESL Go4 cups and ultimately the World Tournament Series (WTS). We had our first WTS in Beijing broadcast live on television in China to millions of viewers and our latest WTS was held in Boston on March the 7th at PAX East. This is a truly international event with a team from China and Europe and two teams from North America as the host of the Boston event. It is our plan to keep growing our competitive scene on the trajectory we have set through the development of these events.

ESL: Are you satisfied with the current state of the game?
John: I absolutely love playing Guild Wars 2 PvP. I play almost every night, and whether I’m jumping into queues alone or playing with friends I have a great time doing it. It’s never been a better time to play PvP in Guild Wars 2, and with all the excitement in our competitive scene it’s never been better to be a fan of our top-tier teams and tune into our livestreamed events. That said, we are always looking for ways to take that experience to the next level. We plan to grow and to evolve even further.

ESL: Will Stronghold be played competitively just like Conquest is now?
Josh: While developing Stronghold, we asked ourselves a few different questions at every step of the way: is it fun to play, is it easy to understand and is there competitive potential? We’re confident in saying yes to all of them. The great thing about Stronghold is that we’ve created a mode where player choice, not only player skill, is a major determinant in the outcome of a match. After all, the end result of a match, the win or the loss, is really the sum of your team’s collective decisions. 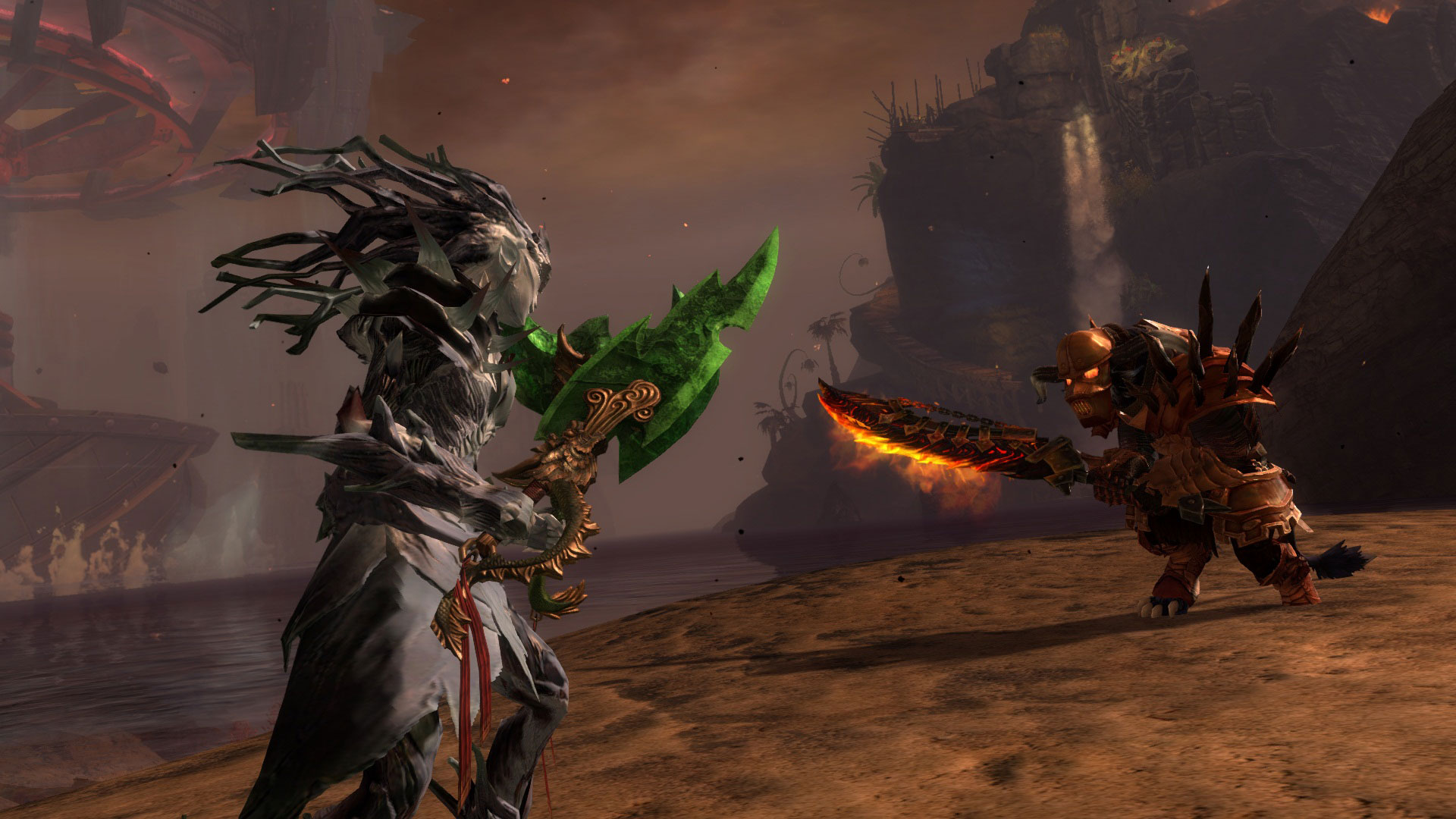 Stronghold really highlights the opportunity cost that players will need to contend with at every turn, starting with the few seconds of the match and continuing all the way until the very end. Players will constantly ask themselves: “Do I attack there, do I defend here or is there something else I should be focusing on right now?” Once players get their hands on Stronghold, I think we’ll really start to see new strategies take shape, where the most dominant teams will be the ones who are able to adapt the quickest.

ESL: Do you think Stronghold will bring more PvE and WvW players to PvP?
Hugh: When we were designing Stronghold, we really wanted to reach out to a broader PvP audience while keeping the overall content a more engaging and fun competitive experience.  What we have seen during our internal tests is that players who are generally competitive but have shied away from Guild Wars 2 PvP in favor of PvE or WvW are really enjoying Stronghold.  One of the ways we went about making Stronghold more attractive to players is by adding more ‘game’ into the map.

We did this by creating multiple roles for players to assume, giving opportunities for higher level strategy and creating other objectives that don’t necessarily require you to be the most skilled player to help your team win. Providing players a clear goal, giving them multiple ways to achieve that goal and allowing players to make high-level decisions that can have different outcomes on a match makes for an experience that a greater diversity of players can get into. While being a good mechanical player is still extremely important to winning Stronghold, having great map awareness and adapting to the opponent’s strategy is just as crucial. 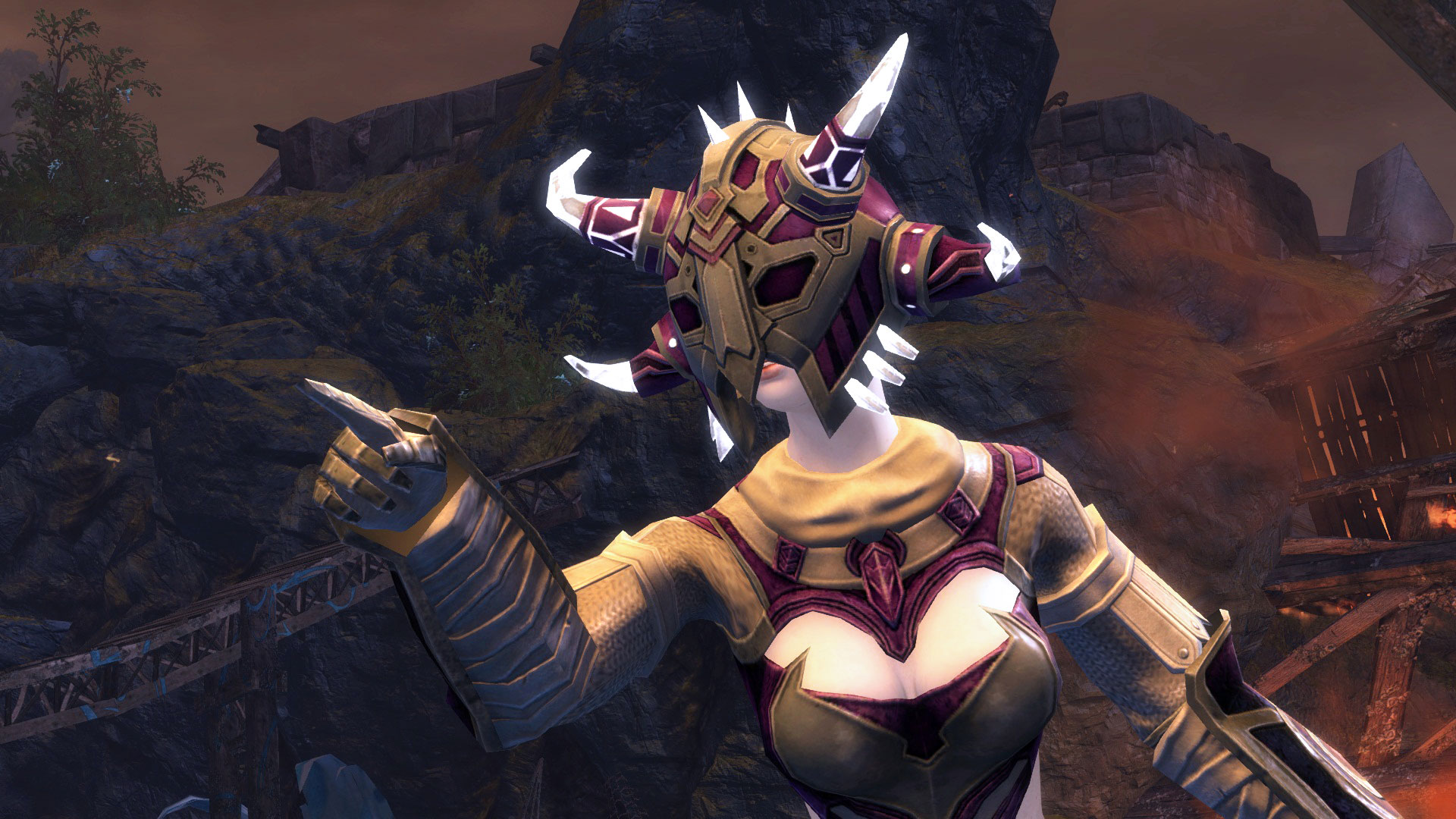 ESL: Is it possible that we’ll see Stronghold played in major tournaments like the WTS instead of Conquest?
Josh: Stronghold is currently in beta, so first we want to get Stronghold out to our community, hear what they have to say about it and then take it from there. That said, we feel that Stronghold has a bright competitive future, and it was great seeing how our players at PAX East and the World Tournament Series teams felt about the new game mode when they tried it out for the first time at our booth in Boston.

ESL: Will Stronghold be Guild Wars 2’s answer to the popular Guild Wars 1 GvG game mode?
Hugh: The community asked us to look for inspiration for our new game mode from a number of places including WvW, MOBAs and our roots in Guild Wars GvG.  Stronghold isn’t the same as Guild Wars 1’s GvG but we’ve definitely took inspiration from it, primarily the win condition of killing the enemy lord but players have also seen some parallels to GvG flag running in the role of smuggling supplies and both Strongholds in our map, Champion’s Dusk, have trebuchets.  Ultimately, though, we set out to create a game mode that was right for Guild Wars 2 and its fast-paced dynamic combat.

ESL: Do you think the Stronghold Guild Ladder will help motivate guilds and teams to keep practicing and getting better?
John: Absolutely! One of our major goals is help players make friends, form teams and succeed together. We feel providing a platform for a team to be rewarded and earn recognition for their accomplishments are a vital part of this goal. We are not ready to dive into the details of this system yet, but this is a major goal behind it.

ESL: Thanks for taking the time to talk with us, guys!

Think you have what it takes to be the next World Tournament Series champion or just want to try your hand at some competitive Guild Wars 2? If so, be sure to check out the Guild Wars 2 portal on ESL Play!

Additionally, the Guild Wars 2 Ready Up livestream will be airing at 12:00 PT (20:00 CEST) today, when Josh Davis, Tyler Bearce and Tirzah Bauer will showcase more of the newly revealed Heart of Thorns Borderlands map and recap the excitement of the World Tournament Series from Boston. Tune in here!