Hailing from Benelux, Fab eSports have an all-out blitz play style. The members of FabE have taken more than just a few first place finishes in LAN events. Heading into international competitions, the Benelux team tends to catch their opponents off guard with their extremely offensive style. 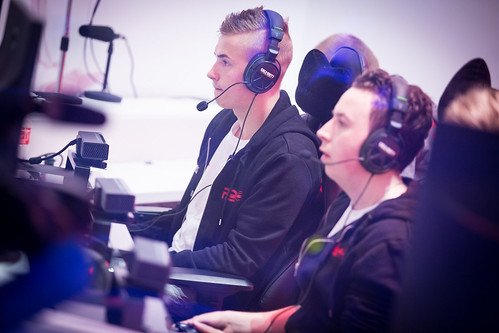 The new, quicker pace in Call of Duty: Advanced Warfare may be the best thing to ever happen to FabE. The game caters perfectly to the way they like to play: fast and loose. Defense isn’t nearly as effective when your opponent can break your line from any one of three directions. The new verticality in CoD: AW allows for a whole new dimension of tactical assaults. FabE hope to capitalize on this going into the new title.

At the Call of Duty: Advanced Warfare Pro Bootcamp last week, we got to see FabE shine as they tested out the potential of the new game. After speaking with the team members, it was clear that they were looking forward to the November release. The lineup includes some of the best 1v1 kill potential on the planet, with them currently running with:

FabE fields the best 1v1 player on the planet. With an unbelievable record of 260-2 in GameBattles, DaReDeViL knows no equal when it comes to heads-up Call of Duty. While most 1v1 stars play in the slayer role, FabE utilize DaReDeViL’s skills in the objective role, allowing him to make incredibly clutch plays while securing points or capturing objectives. We got a chance to sit down and talk to DaReDeViL during the Pro Bootcamp.

ESL: Thanks for talking with us, DareDeViL. You’ve been using the ESL website for matchmaking since 2009 on Call of Duty 4. Since then, you’ve joined many different teams and seen a few Call of Duty titles. Clearly you have a lot of experience. What are some things you would recommend to others trying to pursue eSports?
DareDeViL: I have used the ESL website mainly for tournaments. Tournaments which I could qualify for playing on this website. I think ESL should promote more weekly tournaments on Twitter. If more people see that gaming is competitive, more people would like to play, because a lot of people want to show others how good they are.

ESL: Your role is the objective player on the team. Can you describe this role a bit and how you ended up playing it? What do you think makes you a good objective player?
DareDeViL: I always liked it to play with the SMG, and since the objective role is mostly given to a SMG player, it seems that I’m good at what I’m doing. My role is to go for the domination points on domination. Risk my life and go for the point. On Blitz, I have to play sneaky and go for the cap. On SND, I usually take the bomb and get it down. I also make the most tactics on SND for my team.

ESL: What do you think the next Call of Duty title needs to have to make CoD eSports bigger and better?
​DareDeViL: They should have what CoD Black Ops 2 had – matchmaking based upon league or rank. Also the private matches for spectators, which would make it better for LAN needing to be right on the game as soon as it launches – makes it easier to stream the game.

ESL: How does Benelux stack up to other regions in Call of Duty? Do you notice any differences in play styles?
DareDeViL: Yeah. The Dutchies are not so campy as other teams – we rush out way more. And other regions play more passive, which makes them hold the map better together. But sometimes we rush so well they won’t expect it, which makes their strategy useless.

ESL: You’re currently a student – do you find it difficult to balance your studies with your gaming aspirations?
DareDeViL: Yes, I’m a law student. Uhmm, I’ve had struggles, yeah. Sometimes I have a LAN in England and the Monday after the weekend I have an exam. That means I have to fly back early and go straight from the airfield to the university to make the exam.

ESL: You’re known for your 1v1 abilities as well. Usually that would land somebody in the slayer role, but you’ve stayed at the objective role. Do you think that your 1v1 talent is a bit wasted in the objective role?
DareDeViL: Yes, in Call of Duty 4 I was the best 1v1 player in Call of Duty in Europe. My GameBattles record was 260-2. I used to play every day back then. I’m not sure if my talent is wasted. I also make good plays as an objective player. I’m also good in slaying, but I haven’t been doing that in recent years. Maybe I would be a whole different player as an AR slayer, but we will probably never find out. 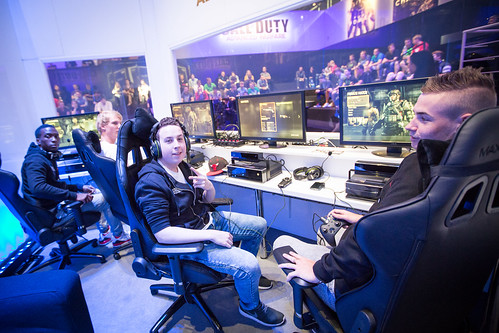 If you haven’t been following our coverage of the Pro Bootcamp teams, you can find it all here. While the event has concluded, we’re truly excited for the new Call of Duty title to hit shelves in November – make sure to keep checking back here for further coverage including interviews and recaps of events!