“The Dota 2 cosplay scene is a bunch of lovely people”: interviewing cosplayer rage ahead of ESL One Frankfurt 2016 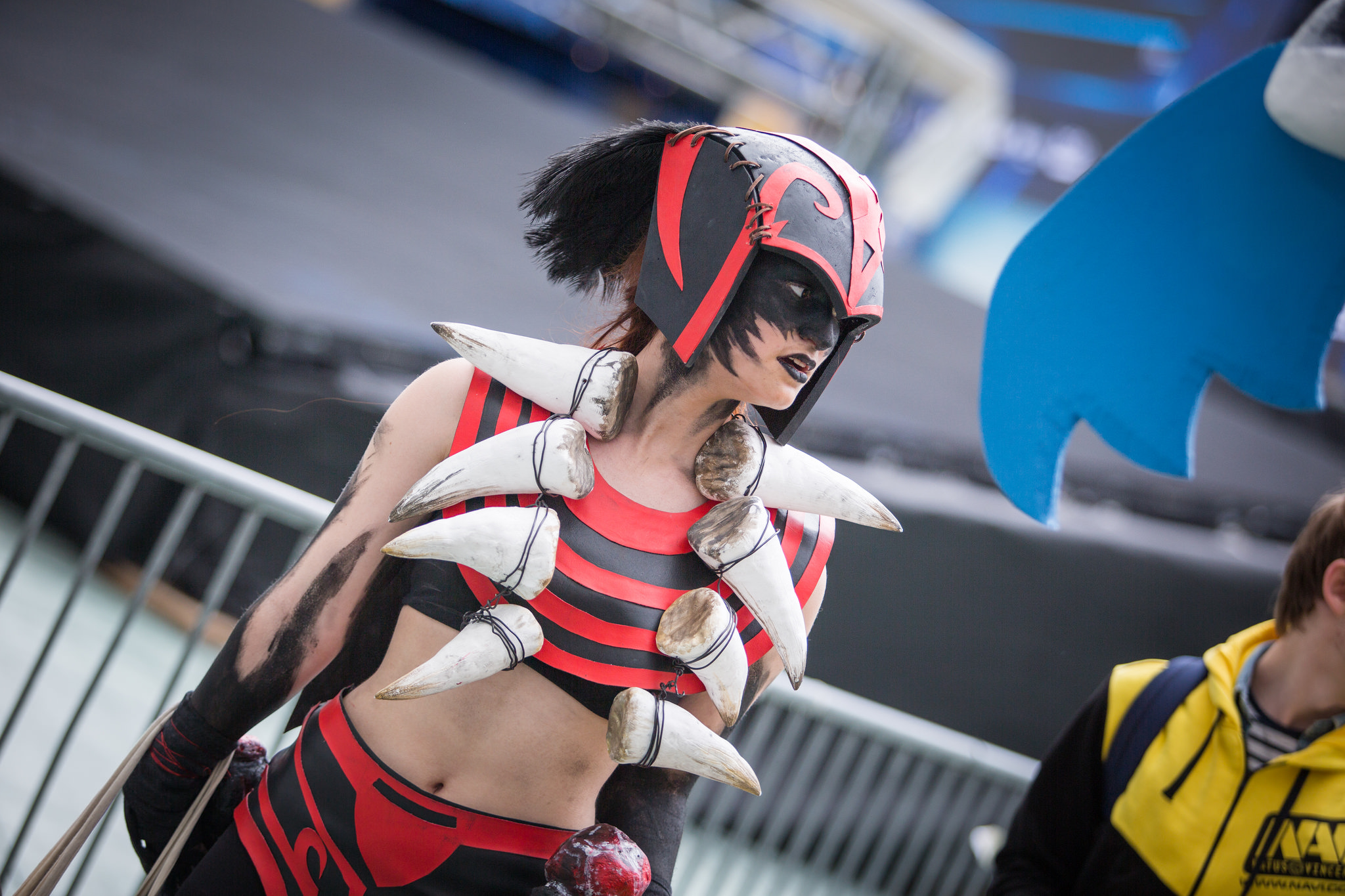 ESL One Frankfurt 2016 will be Europe’s biggest Dota 2 festival, during which we will celebrate the scene with thrilling matches, an Artists’ Alley, multiple Dota-related side activities and, of course, our premium cosplay competition.

There will be many talented cosplayers attending the event. We chatted with one of them, rage, about her hobby, Dota and ESL One Frankfurt as a whole – check out the full interview below!

ESL: Hi, rage! Thanks for taking the time to chat with us. So, how did your adventure with cosplay begin?
rage: I’ve always kind of side-eyed cosplay but it all got more serious when I decided to actually craft my own cosplay for ESL 2015… which was in January that year, I reckon. Before that I’d already worked on LARP (live action roleplay) costumes, so I wasn’t completely unfamiliar with the topic.

ESL: What about Dota? When and how did you get into the game?
rage: I can’t remember the exact date or my age, to be honest. My brother played a lot of computer games and I enjoyed sitting next to him and just watching him play. Dota (during old Warcraft 3 times) was the one I liked most. I kinda lost the track of it when he moved out but around 2014 I figured I was able to watch him play via Steam and my own Dota 2 client, which I created for this very reason. Then I started to watch professional Dota.

ESL: Which heroes are your favorites in terms of gameplay and design?
rage: Tidehunter and Broodmother in all terms, even though I can’t say how to play them as I only watch games and don’t play at all. Also Techies, just because they’re fun. I remember I wanted my brother to pick them every single game he played…

ESL: Last year, you attended ESL One Frankfurt as Bloodseeker. Tell us something about that cosplay.
rage: If I remember correctly, I chose it because I wanted to craft the Bloodstone Blades soooo badly and didn’t want to focus on a lot work with fabric and sewing. I used materials I now wouldn’t touch ever again, made my weapons waaaay to heavy, etc. But it was a lot fun, both the progress of crafting and wearing it on the event. I dare to say I made the right choice. I still love to see pictures of it.

ESL: What were your impressions of the many other cosplays we were lucky to see at the venue?
rage: I was completely stunned by how many different characters were portrayed. The quality was super high and the people were so friendly and kind. I genuinely believe we’ll have even more detailed, carefully created high-quality cosplays in 2016 – and I can’t wait to see them!

ESL: What are your memories from the 2015 event?
rage: My beloved Team Secret winning with my cosplay – a Bloodseeker – in their team was simply the best thing that could have happened. Also making so many new friends and contacts. The Dota 2 cosplay scene is a bunch of lovely people. Bonus: meeting Team Secret.

ESL: What are you preparing for the cosplay competition this year and why?
rage: Well, I already mentioned my brother and my strange adoration of the Techies, right? My brother supported me and my cosplays at two huge Dota 2 events in 2015. Time to include him and make him an even more important part of it. We’ll be cosplaying the Techies’ default set – like the team that we’ve always been.

ESL: Which costume elements are the most difficult to make?
rage: As I said, I’ve always had some problems with sewing and fabrics and stuff… Shoutout to my mum – I’d be lost without her when it comes to this.

ESL: What made you come back to ESL One Frankfurt for another event?
rage: I’ve already experienced some other events such as general cosplay ones, LANs and Dota 2 events – but none of it was as well organized as ESL One Frankfurt. Moreover, the people I’ll meet again – I haven’t seen some of them for more than half a year now. Can’t wait to hug everyone to death.

ESL: Do you have favorite pro teams or players? Who will you be cheering for in Frankfurt?
rage: Obviously I’m a 100% Team Secret fangirl… My favorite player is Zai. I still watch his streams from time to time, even though he’s on hiatus right now.

ESL: What are you most looking forward to at ESL One Frankfurt 2016?
rage: I just hope my brother will have a great time, to be honest – I dragged him into something… Also, as I said, meeting friends again. Maybe getting some autographs – I have a huge Team Secret flag but there are still some names missing on it.

ESL: Thanks for your time, Marielle, and see you at the event! The last words are yours.
rage: Thank you so much!! All fingers crossed for Secret. And loads of love to my bro! We can do it!

See you at the festival

Join us for Europe’s greatest celebration of everything Dota 2 and see teams such as OG, Alliance, Liquid and Na’Vi live – get your ticket here!

You can also join us on Friday the 17th of June for the public viewing and opening party – more information about this can be found here. Additionally, if you need a place to stay or means of transportation to the event, we’ve also got you covered with our ESL One Frankfurt hotel and buses.