The more bombs that get planted, AWP shots that get fired, sites that get smoked and HEs that go off, the better the standings shape up. After the first few match days everything was still in flux, with some teams still trying to find themselves and their rhythm. Now the ESL ESEA Pro League is halfway through its debut season, giving us a glimpse at how things might look when it’s all over. However, there are still lots of matches to be played, leaving plenty of time for upsets as well as fluctuations in performance. Still, the halfway point has been reached, and here’s how it all looks right now.

It comes as no surprise that the Danish Team SoloMid is a serious contender in the European region. The squad has seen steady improvement over the last few months, increasingly got their nerves in check and even won their first tournaments. Now they are on top of the European leaderboard, edging out Fnatic and Ninjas in Pyjamas. However, their record isn’t without its massive flaws.

Their match results seem to be all over the place, ranging from beating top-tier teams by quite a margin all the way to losing to weaker opponents that are very much down in the standings. These two faces of TSM were on display once more throughout week four, when the team started out strong with wins over Dignitas and a 16-3 destruction of NiP before their other side showed up. First the Danes got upset by their neighbors to the South, with German team mousesports edging them out on Cobblestone. 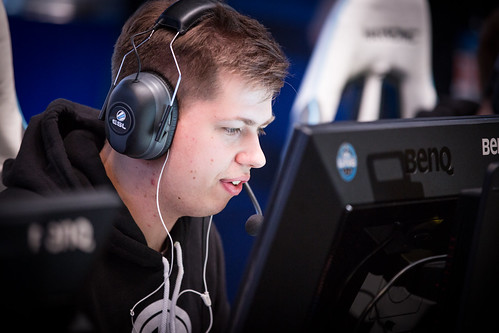 karrigan leading his team to the top

Their real dark side came out against the Frenchmen of Titan, however. After defeating the French EnVyUs on Saturday in overtime, the schedule had two more TSM clashes in store for Sunday – first Titan then Dignitas once more. Both matches were predicted to go in favor of TSM, but barely anyone could have predicted what Titan did to the SoloMid squad – a 1-16 humiliation  on Dust2, almost pitching the fourth shutout of the ESL ESEA Pro League against a top-tier team like TSM. The Danes regrouped and found themselves again against their fellow Danish rivals Dignitas, but the damage was done. Now the European division will be more gripping than ever given that the leader could blow up at any time as well as dismantle the direct rivals challenging them for the top spot. With four weeks left to be played, an explosive time full of excitement is ahead.

Over the weekend TSM’s surge was the positive news, with EnVyUs continuing to struggle. In the last recap, the emphasis fell on the French squad, who had big matches ahead of them over the weekend. Sadly for them, the results were mixed throughout. After two defeats against TSM and Na’Vi on Saturday, they rebounded in style with three wins in a row, beating up Fnatic on Train, Virtus.pro on Dust 2 and Dignitas on Inferno. With all the numbers tallied up, EnVyUs is barely in the positive with 6-5, giving them a mediocre seventh place position.

Luminosity and affNity on the rise

While the European division was highlighted by TSM, the North American had Luminosity Gaming as their weekend hero. Getting the chance for a double-header on Saturday night, the American team seized it and took advantage. Two rather one-sided contests against Tempo Storm later they were up in the standings, challenging Cloud9 for the top spot in all of North America.

Throughout this post-shuffle division, the CS:GO scene was looking to see who came out ahead in the roster changes – who ultimately got stronger and who didn’t. Emphasis was mainly placed on big stars and the bundled up changes of teams like Cloud9 and Nihilum, while subtle changes like Luminosity Gaming’s were overlooked. Now fans have to take notice of LG as they are about to enter week five of the competition with one of the strongest records in North America. After 12 games they are 8-4, netting them second place. Only Cloud9 is in ahead of them, making for a nice race on top of the North American division, especially considering that Keyd Stars (8-2), CLG (7-3), eLevate (7-4), Nihilum (7-4) and Team Liquid (7-4) are not too far behind in the fight for the number one spot in NA. 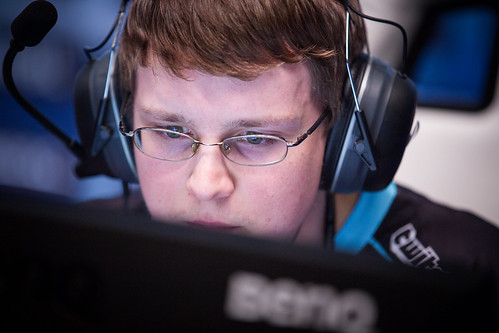 ptr took his AWP to LG during the shuffle

Just beneath the four top teams in North America sits affNity. Normally, a 6-8 team wouldn’t really be seen as ‘on the rise’ or even noteworthy in recaps, but the squad has been putting together a real show over the past two weeks. After their horrific start into the ESL ESEA Pro League with 0-6 after the first two weeks, the three Americans and two Canadians have battled their way back to a respectable score.

With wins over Tempo Storm, Team Liquid, mouseSpaz, Method and now eLevate, the team is almost back to a level playing field – something no one would have expected after the first two weeks. Credit where credit’s due, also noting that it took eLevate overtime to put affNity away on Wednesday, with the team getting their revenge on Sunday night with a 16-10 win on Inferno. affNity most likely won’t be able to muster up the strength to challenge any of the top seven teams in the standings, but they have all that’s needed to go toe-to-toe with them on the battlefield and cause some havoc in the division.

After two super weeks in the ESL ESEA Pro League, it’s time for a little breather and a weekend off. However, before we get to that weekend, both divisions have plenty of exciting matches in store as they head into the most important time of the season.

In Europe this week, every team will be at in some shape or form. Some teams, like TSM, only have one match, while others such as Na’Vi and Titan have them on all three days. With massive amounts of games coming towards some of the region’s top teams, a lot can change and no one in the standings is safe. The top matches start early regardless, with Monday to see the Swedish duel between Fnatic and Ninjas in Pyjamas. Another national rivalry will be Tuesday’s key matchup when Titan and EnVyUs go at it on Mirage. The odds might favor EnVyUs at the moment, but in the past Titan have shown that they are the kryptonite of their fellow countrymen and always able to cause an upset. They’ll even get two chances for upsets, as Titan and EnVyUs will also be closing out the week on Wednesday with the two teams’ second battle. 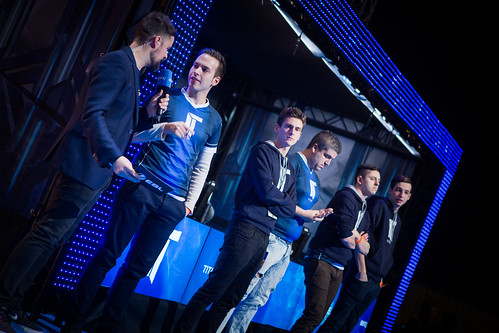 Titan against EnVyUs twice this week

In North America, the Monday night matches are also starting with a bang. Nihilum and Keyd Stars will throw down for the second time this season after the Brazilians walked away with a 16-8 win in week three. This time the map won’t be Inferno, though – instead it’ll be the yard of Train where Hiko, Semphis, FalleN and co. will lock and load.

After easing into the North American division on Monday, it’s time to get hit by the full package on Tuesday. Not only will CLG and Cloud9 clash on Dust2, but the sandy map will also be the battleground for Keyd Stars and Team Liquid on the same day. Nihilum and Tempo Storm will round out Tuesday’s festivities before affNity and Luminosity Gaming take over on Wednesday. Both teams are hot at the moment, so who will keep the momentum going? 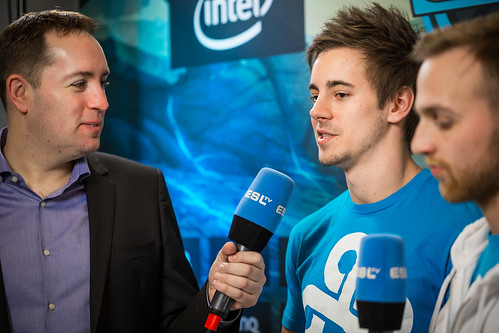 sgares and n0thing ready for CLG

To get the answer to this question and many more, be sure to tune in to Twitch.tv/ESEA for North American CS:GO coverage while the European side of the competition will be handled over at Twitch.tv/ESL_CSGO.

To make your predictions, alter your ESL Fantasy team or check the schedule and standings of the ESL ESEA Pro League, be sure to head over to the official website.