With the SMITE Pro League having come to a close, it’s time we took a look at how the teams are shaping up for the European Regional Championship that will be held here at the ESL headquarters in Cologne, Germany, in just over a month’s time!

The SMITE Pro League has been quite the rollercoaster, especially in Europe. Unlike the North American standings, where both Cognitive teams have ruled the pack, in Europe over the last seven weeks we’ve seen more ties that we can count, and the final standings reflect this. 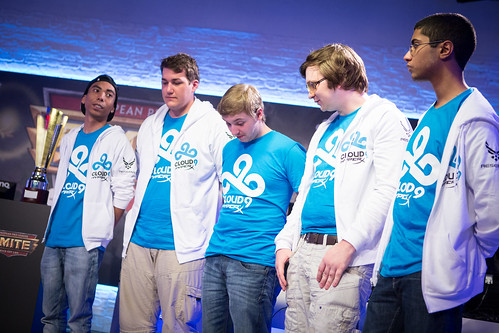 Snatching up first place is Exposed Secrets at a respectable 14 wins and 6 losses. With 12 wins and 8 losses each, Mortality and Team Solomid have taken second and third place respectively – Mortality having the edge over TSM in their head-to-head games. In an incredibly close finish, Cloud 9 managed to take the all-important fourth place spot to ensure their place in the regional qualifiers, ending the season at 9 wins and 11 losses. This was equal with SK Gaming, who took fifth place due to their head-to-head results with Cloud 9. Finally we have Team Coast in sixth place with 4 wins and 16 losses.

Having come in the last two places during the SPL, SK Gaming and Team Coast will have to take part in the regional wildcard tournament. This will involve them facing off against the top two European challenger teams – Agilitas and Potatoboys – with whoever wins claiming the final two positions at the European Regional Championship.

Over in North America, Cognitive Red and Cognitive Prime, as previously mentioned, have really been the undisputed leaders throughout the SPL, with Cognitive Red taking first place at 17 wins and 3 losses while Cognitive Prime sits in second with 14 wins and 6 losses. In third and fourth place are SNIPE and Team Dignitas, both with 11 wins and 9 losses, but SNIPE take third place due to their record over Dignitas. Fatchunk Asmbl ended the season in fifth place with a respectable 6 wins and 14 losses, while Thurst only managed a lowly 1 win and 19 losses.

Therefore, Fatchunk Asmbl and Thurst will be battling in the regional wildcard tournament against the top two North American challenger teams, namely The Rambozos and Five Angry Men.

The European Regional Championship will be held right here at the ESL studios in Cologne on the 15th and 16th of November. Here the event’s top two teams to earn their spot at the SMITE World Championships in Atlanta in January, where eight teams from five regions will compete for the chance to be crowned the first ever SMITE world champion. 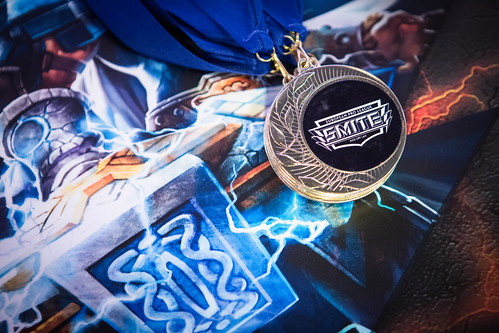 With the prize pool for the World Championships currently sitting at over US$1 million thanks to an astonishing US$400,000  in community contributions having been made in just seven weeks, this is sure to be an incredibly exciting event.

“We are continuously humbled by how awesome and generous the SMITE Community of gamers is. They have  really rallied to support SMITE eSports, and we look forward to seeing the prize pool continue to grow over the coming months leading up to the SMITE World Championship.”

Tickets for the event have unfortunately already sold out, but you can still tune in to all the action over at Twitch.tv/SMITEgame.

Finally, the past seven weeks of SMITE action has been accompanied by ESL’s very own Fantasy SMITE league. Whether you’ve been logging in each week and keeping your teams up to date with the very best players or you’ve left them to fend for themselves, make sure you check out your final standings here to see how you did! 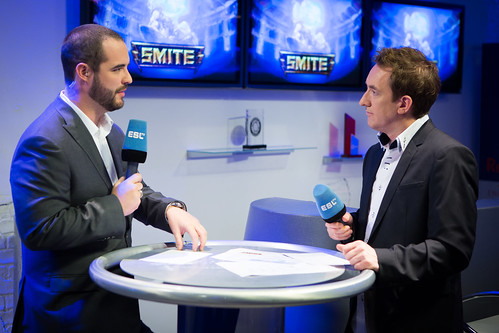 With the seventh week of the SPL now over, the fantasy teams that earned first to fifth place will be rewarded, with a breakdown of the winners and their prizes below.

“I had never been involved with fantasy anything before the ESL Smite Pro League.  When I heard about it, I decided there wasn’t a reason to not try it out… When the update came through Monday morning, I was in shock.  Based on how I was ranked earlier in the week, I figured I would end up top five or completely out of it. I didn’t even know what I won until I started reading the rules after the final update – I was just having fun keeping up with all of the players and teams… I had a great time. I really appreciate ESL and Hi-Rez for putting this together.”

Once again, make sure you tune in to all the action on the 15th and 16th of November and follow ESL and the official SMITE account on Twitter to keep up to date on all the latest SMITE news!