Prophets and beyond: where Heroes of Newerth is going from gamescom

At the end of June, a passionate Dota 2 crowd poured into the the Commerzbank-Arena for spectacle that was ESL One. Fans not only saw Pajkatt turning around a gank for a double kill and Alliance having a 70 minute match with Cloud 9 in Frankfurt: they also witnessed the birth of Heroes of Newerth’s latest attraction – the Prophets map. 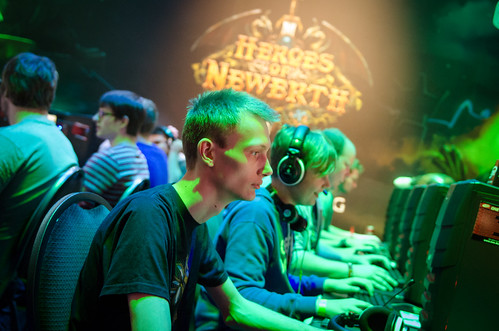 In Frankfurt, the chief concern was if the Dota 2 crowd would accept the game. However, in Cologne the compatibility of the game mode with a primarily non-MOBA audience was the question. The answer came quick, however, as new players swiftly got into the fun of the map, picking up the mechanics and competitive mindset very quickly. The 10-man, free-for-all game mode, random spawns and large starting area all helped to allow the game unravel in a unique way each time, ensuring it stayed fresh and gave the defeated players an easy opportunity to try a new approach next round.

At the Dota 2 mecca of Frankfurt, it was easy to see that the visitors at the booth enjoyed the game, with the old rivalry between HoN and Dota 2 seemingly forgotten as fans of both shared a dose of nostalgia together. The attendees gave the new experience born from an old game a chance, making the booth a success for the HoN team overall. 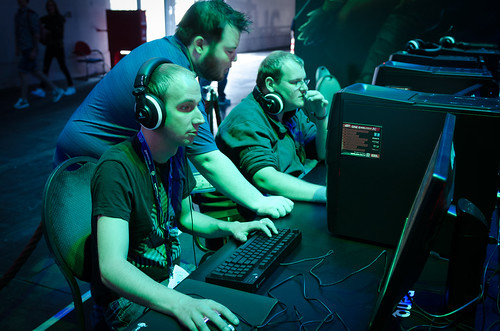 At gamescom, the initial challenge was the diversity of the crowd as opposed to getting people interested. Not everyone wandering through the ESL Arena was familiar with MOBA games or even RTSs. Some came from FPS titles, some generally stuck to consoles and some preferred other games entirely. This created challenges for director of marketing Sam “Milkfat” Braithwaite and his team that weren’t present in Frankfurt. With more detailed coaching and explanations about the general mechanics, the game mode and HoN itself required, a different focus was pushed to the fore. Players received a detailed introduction to the game before getting shoved into the arena, while skill printouts were readily available so everyone could check them out before and during play.

The price is right

This created two interesting developments, the first of these being the level of play. With a lot of people who were completely new to MOBAs trying the game, this was not as high as it was in Frankfurt. However, things still got heated in the semifinals and grand final. Despite this, everyone picked up the game really quickly, with people soon tinkering with skill builds and playing like burgeoning pros. Even without big prizes at stake, a lot of people seem to discover their competitive natures. However, with €1,000 up for grabs, HoN had one of the biggest prizes for the visitors in the entire ESL Arena.

The second takeaway is even better for the HoN team and the game itself: the map doesn’t only appeal to the hardcore MOBA audience and Warlock veterans – it’s a game mode that can appeal to everyone. 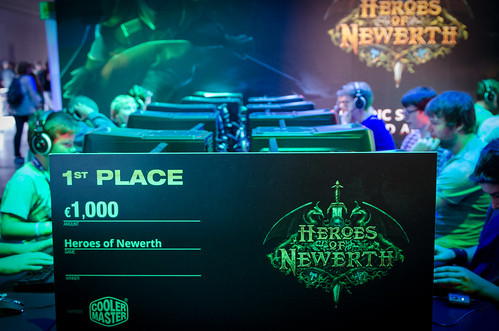 While its simple concept and fresh look make it accessible to all, it’s also tough to master. However, this definitely doesn’t detract from the fun for players of all skill levels. In Frankfurt, Prophets received love from a Dota 2 audience, while in Cologne it brought together fans from many different facets of the gaming community.

HoN’s German tour has come to an end for now, but its promotional efforts can be chalked up as a huge success. However, now it’s back to the normal routine for the HoN team, and if you’d like to try it, the Prophets game mode is live and available in the HoN client right now. There’s also more going on in HoN besides Prophets and the regular game modes, including the Sol’s Theatre initiative for coders as well as the new season of the HoN Tour, which kicked off two weeks ago, so be sure to check them out if you want to do more than just play.

If you’re still looking for your fix of gamescom coverage, ESLGaming.com has compiled a full list of all its gamescom-related interviews here. Additionally, if you’re a MOBA fan – or else simply enjoy massive eSports events – you may want to look into ESL One New York.