Polt vs. Zerg: how will it go down?

Polt takes the stage. The crowd cheers. The Zerg await. Entering the booth, Polt secures his headphones and readies his hands. The casters announce his name. Then, before the Zerg can say ‘natural’, a wild Reaper appears! Polt’s bid for map control has begun.

Known for his steady SC2  record, his rock-solid command of the English language and his revered work ethic, Choi “Polt” Seong Hun has nestled his way into America’s heart. As the number six ranked player and a top Terran, his opportunity to move ahead in the Ro16 at WCS America is ample, so we’ll be watching closely on Tuesday as he faces his worst matchup in Zerg player Check.

As preparation for the series, we’ve taken a deep dive into Polt’s more recent TvZ play to find out what makes him successful, what could be his downfall, and of course, what the stats say. 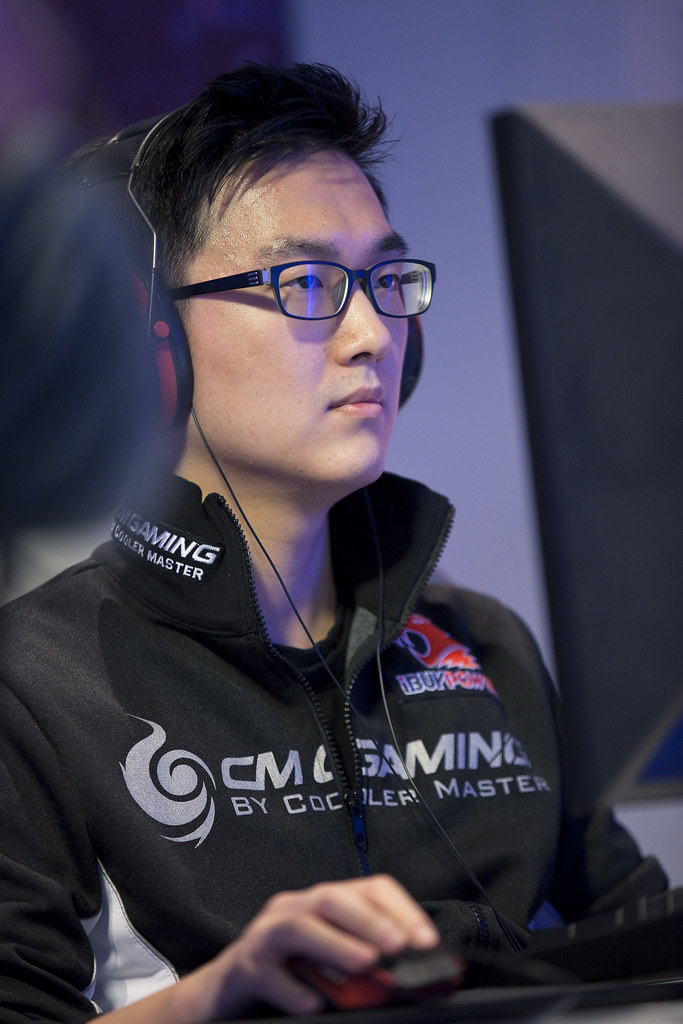 A common analysis of Polt’s TvZ involves his ability to round out a build successfully – to understand the end goal of the build and to take it there with style. Polt’s recent TvZ reveals that he favors builds that maximize adaptability, thereby maximizing the types of tech switches that would successfully round out the given build and allowing him to adjust to his opponent’s upcoming build preemptively.

In fact, in many TvZ matches, we can reasonably expect Polt to force the Zerg’s mid-game actions through his original build and aggression. Polt leads with action, but gives himself enough room to remain flexible in rounding out his own builds.

On King Sejong Station and down one map against RagnaroK at MLG Anaheim, Polt opens with three base standard play, using Hellions to harass the natural and Medivacs and Marauders to extend the aggression to the Zerg’s third. This opening is definitely different than Polt’s standard Reaper build, but it still perfectly sets up mid-game map control.

Adding Marines and Widow Mines as he nears 3/3 upgrades, taking out seven Overlords with one Viking, and setting up minefields across the map, Polt establishes total map dominance. Because RagnaroK is playing largely blind, he overextends, making too many tech decisions to truly commit to any one – and Polt takes the match. The +5 building armor upgrade doesn’t hurt, either.

viOlet and Polt meet on their third map, King Sejong Station, at the Intel Extreme Masters North American qualifiers semifinal, where Polt goes for a less popular one rax fast expand, followed by two gas. Interestingly, Polt also used a one rax fast expand opening on map one of this best of three, but followed it up with a completely different army composition.

As Polt anticipates and then scouts viOlet’s Roach/Hydra build, he cleans up creep tumors to keep the Zerg from attacking efficiently. With an intimidating army of Marines and Tanks, Polt readies himself to move out at the 15 minute mark, when infestation has begun (but hive tech hasn’t) and right as his +2/+2 upgrades finish. This is the same timing Polt used against HyuN when HotS was fresh out of the box.

When viOlet really chooses to commit to the attack and walks up Polt’s ramp, Polt defends his base while engaging at viOlet’s natural, picking up the Spire and leaving nine Corruptors on the map to end the game.

Polt’s TvZ isn’t flawless. If we consider all play in standard leagues, it’s his worst matchup. He’s dropped games to HyuN, Revival, viOlet, Jaedong and, of course, Scarlett this year. This season at WCS, he’s only faced a Zerg opponent in Courage, who he beat 2-0, but whose experience can’t compare to Polt’s.

So, what goes wrong? How does a player like Polt (who can adapt quickly to many builds and individual styles using consistency in his own builds) get bested?

Roaches with upgrades are one way. Even when Polt overproduced Hellions for a harass and built a pack of stim Marauders, Siege Tanks and Bunkers, viOlet still ran right into his base with +1/+1 Roaches and took map two in the Intel Extreme Masters qualifier best of three.

In WCS 2014 Season 1 America, Polt met his teammate Revival on Habitation Station for map one. Polt had been playing with a three rax build that had been very effective, and here, too, he started the game with Reaper harass.

Polt made Hellions, Marines, Marauders, and Medivacs, but Revival made Roaches with +1 Carapace and speed, then marched into the natural. Polt needed to stock up on Marines in the bunkers instead of taking a third, but didn’t prepare for the mid game by taking leading actions in the early game, such as eliminating vision and creep. Revival’s build was surely not anticipated or controlled by the Terran – and that’s how things go wrong for Polt.

Polt vs. Zerg – improvements or concerns?

We’ve heard the commentators and analysts say it a million times – once Polt finds something that works for him, he’ll stick with it. Even after a loss, Polt will reuse the losing opening and yet somehow change everything to arrive at his opponent’s base with a totally different and unexpected army composition.

Despite the fact that his overall record against Zerg has changed significantly in the past six months, Polt’s TvZ series play remains consistently thoughtful and aggressive. Without overextending, he quietly encourages his opponent’s actions, using his own build openings as a platform on which to respond. How could we be concerned?

Polt’s upcoming opponent, Check, has much less experience in professional play than does America’s sweetheart. ZvT is his worst matchup, but he has an 11-11 record, whereas Polt’s TvZ stands at 93-53 overall. The Wayi Spider Zerg player, who is currently ranked 67, certainly has a titan to fell. If he can focus on unique Roach upgrade builds, he might just have a chance.

Want to learn more about how Polt nailed down a consistent build and uses it to switch into 4M? Check out this in-depth guide to dig even deeper.

To take a look at the WCS schedule as well as find out when Polt’s next matches are so you can see him action, head over to the official site.