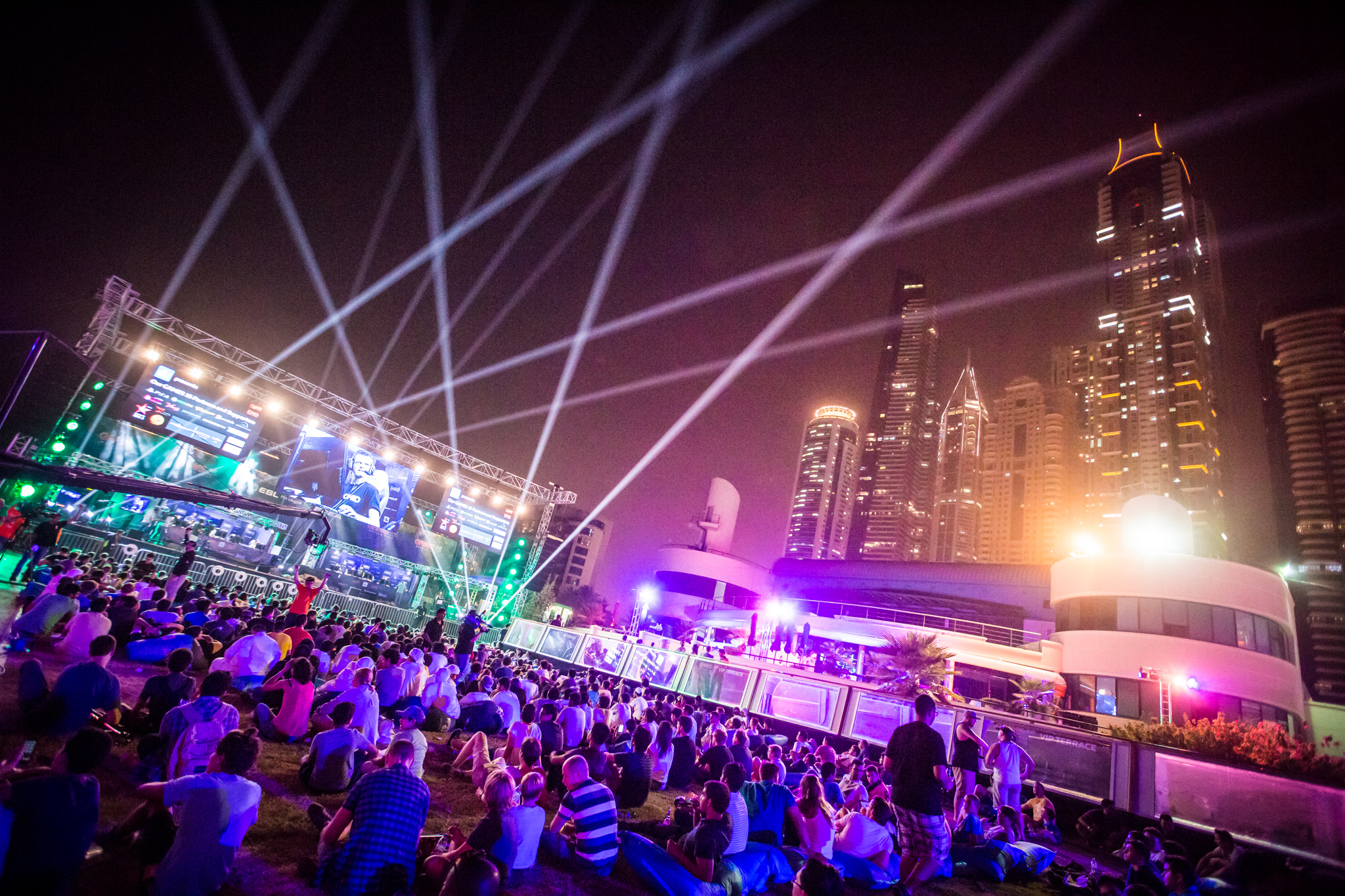 The ESL ESEA Pro League Dubai Invitational kicked off on Thursday with the group stage and delivered tons of exciting CS:GO action. Yesterday, it was time for the group decider matches and semifinals which topped the first day in terms of amazing plays brought to us by the players.

Group A, Match 1: Team EnVyUs vs. Ninjas in Pyjamas

With the first playoff contenders decided, it was now time for EnVy and NiP to determine who would face off against TSM for a grand final spot. With NiP reliving past highs through unchained and loose play, no one was sure on how this match would turn out, especially with EnVy not showing their greatest form on day 1.

Map 1, Dust 2, was the pick of NiP and they started off on the Terrorist side. The Ninjas had their chains cast off and it showed in the no-respect playstyle they had. The Finnish sniper, allu, performed increasingly well with the freedom he was given and landed shot after shot. EnVy’s defence was not strong enough to withstand the brute force approach and the momentum quickly swayed into NiP’s favour. The first half ended 4-11 in favour of NiP.

Come second half and the Frenchmen had a point to prove. Having endured aggression that knew hardly any limits the EnVy squad was ready to show that there is more to taking a bomb site than just running into it in hopes of getting a pick. With near surgical precision Happy guided his team into methodical executes, utilizing well timed flashbangs to win them any trade with the NiP squad. A valiant effort but in the end, NiP managed to break the EnVy squad and close out the game with a 13-16 scoreline for the Swedes.

Map 2 was Inferno, a map that EnVy knows through and through. Starting on the arguably more favoured side, EnVy picked up their trusty USPs or P2000s and had their minds set to win. That mindset got quickly shut down thanks to NiP’s approach to Inferno. With the same freedom as they showed on Dust 2, NiP were now controlling their aggression and putting it to use more effectively. With less losses due to being overly aggressive, the Swedes continued their momentum on the Terrorist side. EnVy couldn’t reply and lost their CT-side 5-10.

With a very comfortable lead going into the CT-side and the Frenchmen mentally suffering, the Swedish squad closed out the game relatively easy only dropping 2 rounds before hitting the 7-16 scoreline. NiP advance.

Group B, Match 1: FNATIC vs. Titan

With the first upset of the day behind us, we looked forward to a match that had less of such potential. With the reigning Major champions, FNATIC, up against them, Titan would have to pull off a miracle in order to advance into the playoffs.

Map 1, Train, was picked by Titan and they got to start as the Counter-Terrorists. With Robin ‘flusha’ Rönnquist performing well throughout the matches so far and with Olof ‘olofmeister’ Kajbjer, who will take a mile when you give him an inch, the French squad of Titan had a tough game ahead. With aggressive plays on the outer trainyard, sometimes running as far into the yard as possible, FNATIC took over the game. Edouard ‘SmithZz’ Dubourdeaux showed some phenomenal plays but couldn’t keep the Swedes out of the bombsites. The first half went to FNATIC with a 10-5 scoreline.

With Titan seemingly in pieces the powerhouse of FNATIC quickly closed out the game without dropping a single round in the second half. FNATIC won 16-5.

Map 2 was Inferno and FNATIC secured themselves a CT start. We saw JW pick up his trusted Mag-7 and disrupt anything Titan tried around the A-site apartments and when the aggression didn’t turn out in his favour flusha was there to clutch out rounds. Titan showed they studied their executes well and put up a good T-side but didn’t manage to win their rounds without casualties. Despite -only- winning 5 rounds the French squad showed they weren’t a walk-over. FNATIC took the first half with a 10-5 scoreline.

The second half slowed FNATIC down and gave room to Titan to show had a solid defence up their sleeves. With the pistol round under their belt Titan was off to a good start and they managed to match what FNATIC had to offer. With good rotations and a rock solid defence by RpK they fought back to a 13-13 scoreline. At this point FNATIC showed why they are considered the #1 team in the world and closed out the game with a 16-13 scoreline.

With the 4 advancing teams ready for action, the first playoff match was one between TSM and NiP. Having already beaten EnVy, nobody knew what NiP had left in store for us to witness. TSM were ready to go toe-to-toe with them.

Things kicked off on Dust 2, picked by NiP. TSM are known to not have the strongest CT-side anymore and NiP managed to take full advantage of this. With GeT_RiGhT and f0rest playing no holds barred CS:GO, NiP quickly stormed over the defences the Danes put up. Catching them off-guard by simply running into mid as fast as his legs could carry him GeT_RiGhT opened up the map easily. TSM ended the half with a 3-12 round deficit.

The second half didn’t last long enough for TSM to show what they could pull off as NiP closed out the match with strong holds of the bomb sites. The Swedes only gave up 4 rounds before closing the map at 7-16. The pace was set.

Up next was Mirage, home turf for TSM. NiP started off strong with a pistol round, and the typical 2 rounds afterwards, win but never managed to build their economy in order to string together round after round. Both teams struggled to disrupt their opponents enough for a convincing lead and the half ended with a 8-7 advantage for TSM.

With their steamrolling momentum broken NiP now faced a TSM that was adapting to the loose style of play. The style of play that doesn’t hold up when facing off a world class T-side team, NiP got swiftly mopped up by TSM. The Danes only dropped 1 round before they hit the 16 round mark. With a 16-8 scoreline the match was now even.

With the deciding map being Inferno, we saw NiP start off as Counter-Terrorists. After they experienced what NiP had to show, Karrigan and his squad took to their offensive playbook and showed they were equally capable of playing aggressive. With good executes and confidence showing they rattled NiP’s cage. The Swedes got off to a shaky start but still managed to win after plant situations against TSM, something which is an accomplishment on itself. The scoreline after the first 15 rounds was 7-8 in favour of NiP.

With NiP’s playbook out in the open TSM knew exactly how to deal with the heavily pick-reliant playstyle. Implementing a very conservative defence, TSM managed to hard counter the way NiP played. With the Inferno bomb sites being notoriously difficult to break open, getting no picks ment that NiP had no openings to push. TSM put up a solid performance and won the match 16-10, securing them a grand final spot.

A match many wanted as a grand final during the ESL One Cologne 2015 Major now occurred as a semi-final again. As much as olofmeister and paszaBiceps are friends, when it’s game time all brakes are off. With Virtus.Pro in search of redemption for what happened during the Major this match was sure to be a banger.

With FNATIC picking Cobblestone and getting a T start, we kicked off the last playoff match of the day. Virtus.Pro was unable to consistently string together rounds, lacking in their economy management. The hivemind that is FNATIC continued their confident play that they showed earlier on the day against Titan, winning most aim duels to open up the bomb sites. The Swedes took the first half by force and put down a 5-10 scoreline.

The second half gave VP the same problems as before, unable to manage their economy and losing many players when winning rounds stopped them from building a solid bank to play from. FNATIC showed they were able to read VP very well, holding the bomb sites secured and rotating before trouble showed up. FNATIC closed out match with a 7-16 score.

Train was the second map, one that VP adopted very well once it was added to the competitive map pool. Having experienced how much havoc olofmeister could cause when he’s given even the slightest room to move, VP had a solid game plan: deny forward movement and maintain control of the chokepoints. With FNATIC relying heavily on olofmeister to break open the map, the Swedes couldn’t gain traction and the diesel engine of Virtus.Pro started to rev up. With an 11-4 scoreline in favour of VP the first half was over.

Where FNATIC uses one man to bust a bomb site hold, VP use 5. Having good executes and with Taz pulling through in crucial situations, the Polish side of VP closed out the game in a convincing fashion,16-5. We were off to Cache for the decider.

After winning the Terrorist side with a 15-0 scoreline against EnVy, VP opted to start on that same side for this Cache match. With a red hot engine the Virtus.Plow took off. No respect is the best description of how VP approached either bomb site, giving no quarter whenever FNATIC tried to slow down what was coming. The impact, mentally, that the Polish play had started to show. FNATIC played out clutch situations with a lack of confidence. VP won the first half with an 11-4 scoreline.

Aggression is something the Swedish side of FNATIC has in their arsenal too. What they didn’t have, though, was an answer to Paweł ‘byali’ Bieliński, who secured the pistol round with a single magazine and 4 kills afterwards. This accelerated the Plow to a win, showing off run-boosts and sheer aggression to secure them a 16-4 victory.

Join us for the grand final!

The ESL ESEA Dubai Invitational concludes today with a grand final between two CS:GO giants – Team SoloMid and Virtus.pro. Both teams displayed amazing performance during the event, promising a final out of this world. Join us at 17:00 CEST over at our Twitch channel and don’t miss any of the action! Be sure to follow @ESLCS on Twitter for all updates on the event and visit the official website for all important information.