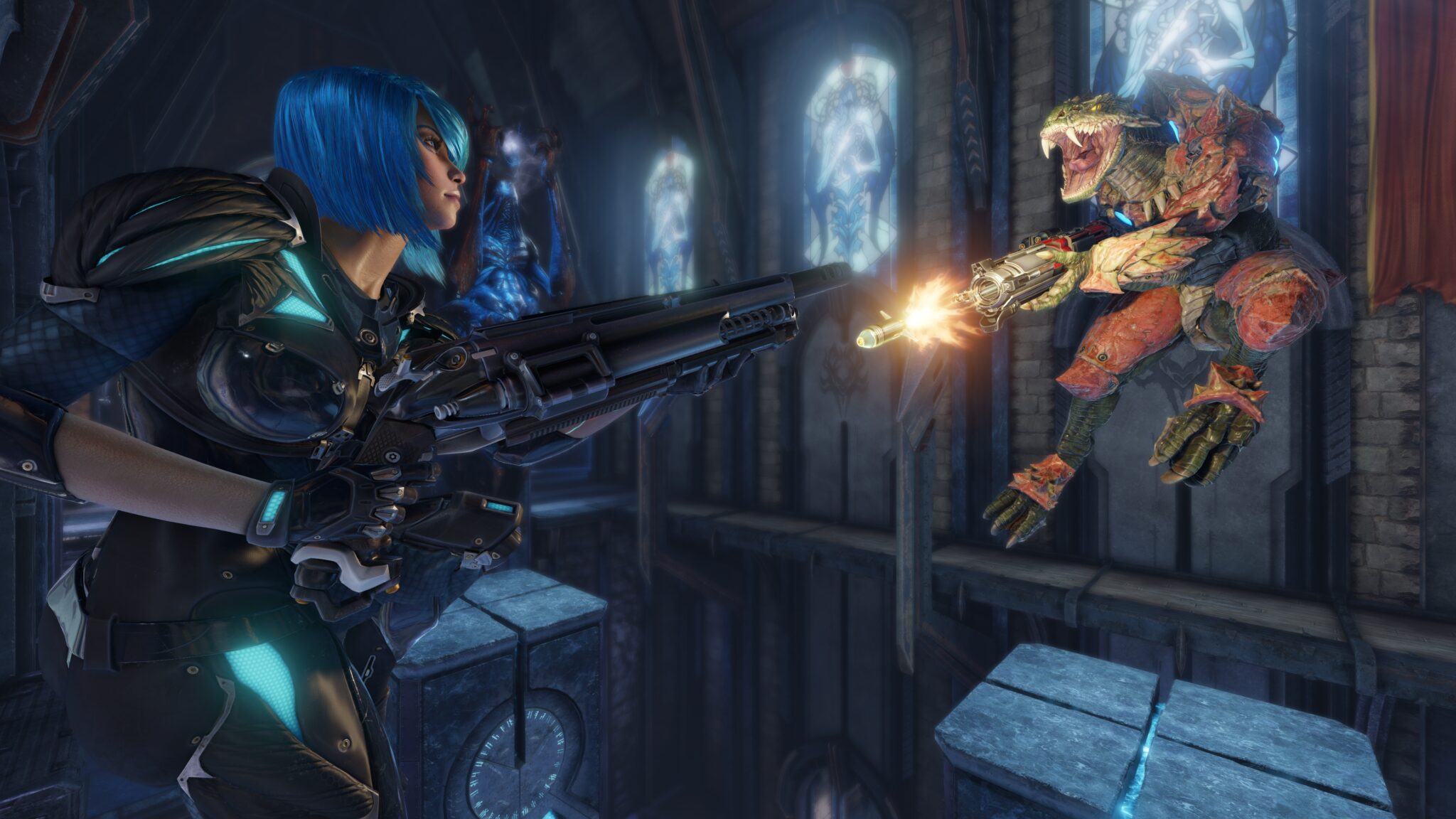 Qualification for the Quake World Championships is well underway and plenty of newcomers have joined the battle along with well-known players from the Quake Live competitive era. After two weeks of online play, we’re halfway through finalizing the 32-player Regional brackets in both Europe and North America and have already locked in the top eight European Sacrifice teams. Read on for more information on qualification so far and check out the Quake World Championships hub on ESL Play for upcoming tournaments, in-depth results, and more.

16 players from both Europe and North America have already secured their spots in their respective Regional Finals. Among them are some of the most successful players in FPS history including rapha, the two-time Intel Extreme Masters champion from North America, Russian superstar Cooller, and Dutch star player Vo0, one of the highest-earning FPS players of all time

In North America, rapha blazed his way through the second 1v1 qualifier, ultimately taking down ScizR to make his way to the Duel NA Regional.

In Europe, the legacies of veteran players such as noctis, Cypher, toxjq, GaRpY, Av3k, fazz, and stermy were threatened by some newer faces. In one of the closest moments of the latest EU Duel qualifiers, GaRpY was momentarily blocked from his Regional placement by inz.

View all qualified players and teams

The remaining Duel qualifiers in both Europe and North America are still open for signups. 16 spots remain in each region, so be sure to register for your chance  to join ranks of some of the biggest legends that the FPS scene has ever seen. The remaining European cups will take place on Thursdays at 18:00 CEST and the North American cups will take place at 4PM PDT for the next two Fridays.

The eight-team lineup for the Sacrifice European Regional has already been determined and once more we get to see a good bunch of pros return to Quake Champions for yet another chance to shine. Along with the aforementioned stars, players such as 2GD, ddk, k1llsen, Spart1e, and strenx qualified with their Sacrifice teams. Some fresh faces as well as more Quake veterans also made their Quake Champions debut with teams like Avengers, who showed great teamwork, taking down Asterios to moving on to battle The Defendants in the first qualifier.

Avengers just fell short of their Regional spot, but made sure to come back swinging in the second qualifier where they took down Blood Rush to make top eight in Europe.

The North American Sacrifice Qualifiers kick off this Saturday. There’s still time to grab your teammates and sign up to see if you have what it takes to vie for QuakeCon’s $1,000,000 prize pool.

Be sure to follow ESL Quake on Facebook and Twitter for highlights from upcoming Duel and Sacrifice qualifiers as well as updates on all things Quake esports. If you want to catch the action live, tune into the Quake Champions Twitch channel for the next show this Thursday at 18:00 CEST!

Good luck to all players and teams joining the competition this week!