“No matter what you do before the event, the unexpected will happen”: an interview with Wargaming’s head of eSports

World of Tanks is rapidly becoming one of the biggest eSports titles in the world, with over USD$2.5 million in prize money awarded globally this year alone. With a truly epic Grand Finals event having happened in April 2014 and Season 5 on the way, we took the opportunity to speak to Nicolas Passemard about what’s next for World of Tanks and Wargaming.

ESL: Thanks for speaking to us! Could you please introduce yourself? What do you do at Wargaming?
NP: I’m Nicolas Passemard, head of the European eSports department. Thank you for interviewing me!

ESL: Recently you had a hugely successful Grand Finals event in Warsaw, Poland. What lessons did you take away from the experience?
NP: This event was a first for me on many levels. It was my first eSports event from an organizational point of view, it was one of the biggest events I’ve seen dedicated to a single eSports competition and it was also my first World of Tanks offline event. So, yes, I learnt a lot from it and met tons of great people and skilled players.

I took note of how important all the details are and that, no matter what you do before the event, the unexpected will happen. So when you work on this kind of major event, you’d better be prepared for all sorts of things to happen at the last minute, or while it’s running, and give yourself some flexibility and free time.

Now I just can’t wait for the next one!

ESL: Season 4 started almost immediately after – what was the biggest challenge for you when it came to setting it up and rolling it out?
NP: That’s an easy one: the creation of rules. I had no idea what sort of workshop and tools I had in front of me. You know, this topic is very complex, global and crucial because it involves everyone directly. We have to frequently challenge the rules we come up with so they get sent back and forth all the time. This simply takes ages! With the Grand Finals just beforehand, we had no time to build them any earlier!

In the end, I was not entirely satisfied by how we handled this season’s start but we definitely learnt a lot from it. I can assure you already that the Season 5 launch will be much smoother!

ESL: What expectations do you have for the Season 4 Finals?
NP: I want the Finals to inspire the maximum number of players to regroup in teams and jump into the Bronze Series because we’re here to provide our players with a thrilling competitive environment. Once you try it, you’ll want to show everyone that you’re up to the challenge and, with skill and effort, you may very well end up in the Silver or the Gold Series. I can’t think of anything better than seeing the number of participants steadily growing and them sending us messages saying that they’re having fun!

ESL: Do you think anyone will be able to stop Virtus.PRO?
NP: Virtus.PRO put Na’Vi in danger during the last Grand Finals and they’re having a very good season so far. I think this makes it obvious why they’re the favorites. However, everything is always possible, especially in eSports, and the skill level in Europe is good enough to challenge them and force them to play their best game all season long. Stay tuned, and “don’t sell a bear’s skin before you’ve killed it”, as we say in France. 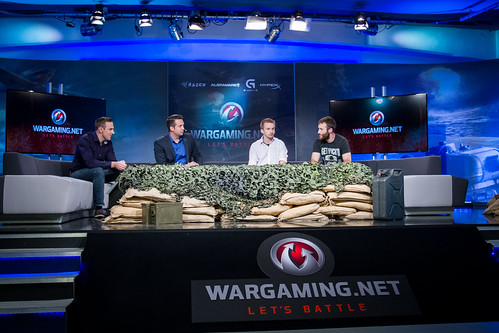 During gamescom there is also a World of Tanks talkshow, which you can watch live at the ESL Studios today or tomorrow as well as on Twitch.tv.

ESL: What exciting developments are coming up for World of Tanks eSports?
NP: So many things are coming up! We’ve just released an add-on that will make it easier to stream on Twitch. We have the observer mode to come soon, maybe a dedicated eSports map (one that’s smaller, symmetrical and very dynamic) and a few things in the game client that I can’t tell you about right now. There’s definitely great news for Wargaming eSports.

In the end, we want to see the eSports scene grow a lot, so exciting developments for our competitive player base will be happening on a regular basis.

ESL: What is your personal goal for World of Tanks eSports this year?
NP: In Wargaming, we didn’t develop World of Tanks for eSports – we simply answered our community’s hunger for a competitive setting. Even if they just watch a game with some friends from time to time, or they feel they can jump into the Bronze League, it’s the same for me. At the end of the day, my personal goal is to get more and more of our players into eSports at any level and make sure they’re enjoying it!

Can’t wait to find out more? Check out the dedicated portal for the very latest World of Tanks eSports news or find out more about the game itself here. You can also read all about Wargaming at gamescom 2014 – where the awesome performance depicted below and in the header above happened the other day – here. 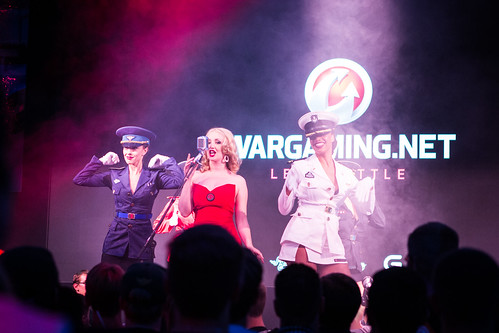