With Na’Vi.US, the first American team takes the stage against the newly formed Team Secret. But who has the edge in the second quarterfinal? Na’Vi.US with the home turf advantage or the in-form Europeans?

To nobody’s surprise, Na’Vi.US used one of their first bans on BigDaddy’s signature hero, Io. Interestingly enough, they also chose to ban out the Anti-Mage, which opened up a Medusa pick for Team Secret. In true 6.82 fashion, Na’Vi picked a lineup for dual lanes, with Witch Doctor and Faceless Void in the top safelane, Razor as the mid and Tidehunter plus Lich in the offlane. With Kuroky farming bottom as Medusa for Team Secret, Timbersaw in the offlane and s4 on his signature Magnus mid, they relied heavily on their Earthshaker and Keeper of the Light to gank across the map as roaming supports.

And the constant rotations paid off for Secret, who didn’t shy away from using big ultimates on single heroes in order to get ahead early. The ganks against the Na’Vi safelane were especially effective and shut down any sort of farm for Sneyking’s Faceless Void. The only way for them to keep a foot in the door against the relentless aggression was by using Chronosphere to secure kills on single heroes. However, outside the big Void ultimate, the kill potential was lacking severely, as shown by a huge teamfight in mid lane where Na’Vi were not capable of bursting down Medusa, even when using both Ravage and Death Ward.

When Team Secret then flipped the switch from ganking to pushing, they kept positioning themselves in ways that prevented any sort of initiation from Na’Vi.US. With the tanky Medusa on the front lines and Magnus in blink range behind her, Na’Vi was forced to take out the Magnus first. But behind s4, Team Secret had the rest of the lineup ready to counter-initiate if Na’Vi tried to start a fight. With this innovative way of pushing, the Americans were pretty much checkmated before the fights even began, which saw Secret pushing in high ground long before Na’Vi.US were capable of farming up big items and therefore forcing an early GG in game one of the series. 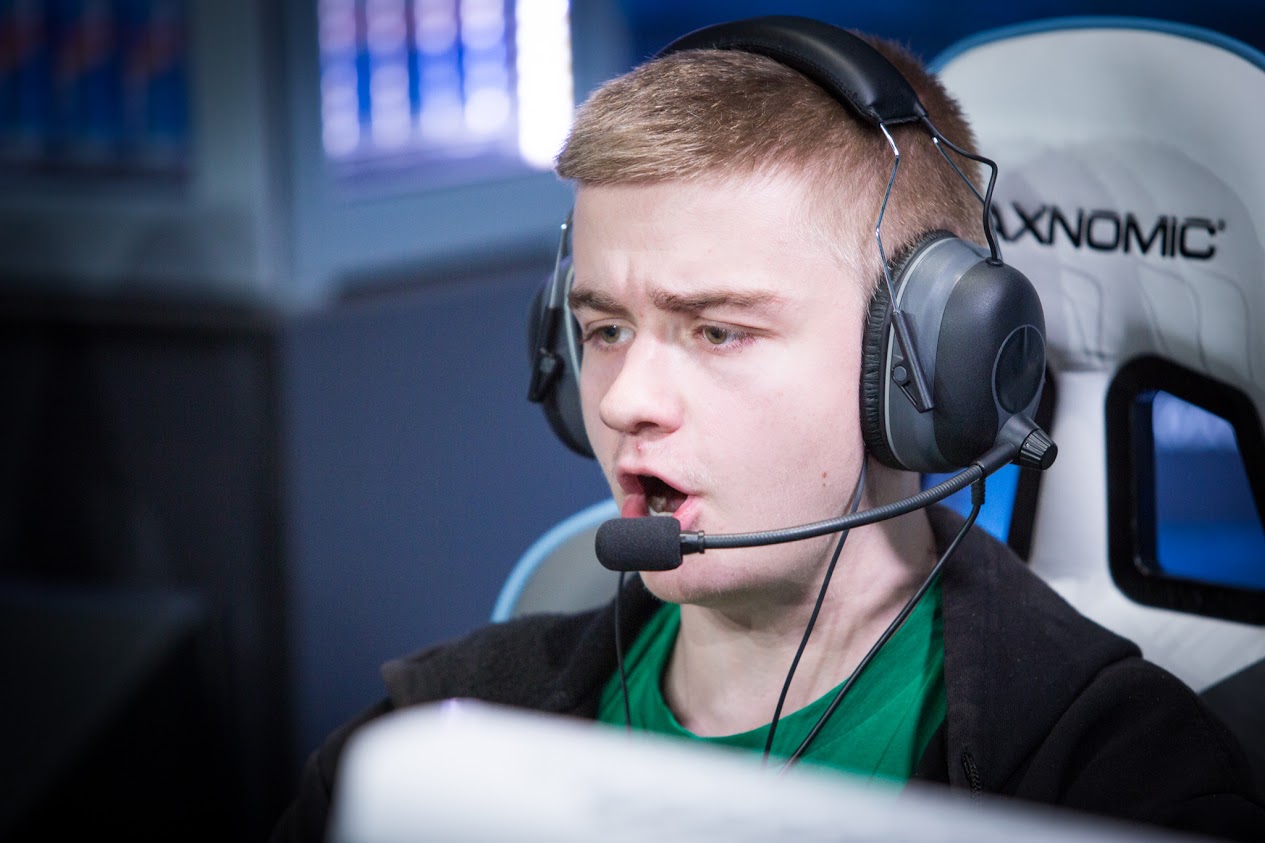 Game 2: The pressure is on for Na’Vi.US!

The banning phase for the second game started off just like the first one with banning Io, but this time it was Puppey’s turn to pick up his own signature hero: Enchantress. With Puppey jungling, it was BigDaddy’s turn to again roam around as Earthshaker and protect their Faceless Void top and the Death Prophet mid, leaving Nature’s Prophet in the offlane. On the Radiant side, Na’Vi.US settled for Clockwork in the offlane, Razor mid, Brewmaster and Shadow Demon in the safelane and Mirana as the roaming support.

After the uneventful early game, the roaming supports on both sides pretty much canceled each other out with Waytosexy on Mirana trying to get pickoffs and Earthshaker counter-initiating. This didn’t make it easy for either team to score the first blood, so when Bulba did eventually manage to secure it for Na’Vi.US, Team Secret managed to instantly follow up with some counter-kills. Overall the early game saw neither team grabbing a strong advantage to start with, with the decisive differences coming from big skillshots like Bulba’s Clockwerk initiation.

With a game on pretty much equal footing, it was all leading up to a huge fight around the Rosh pit at 21 minutes. Team Secret were the ones battling up against Roshan, giving Na’Vi.US time to set up and surround the pit after they scouted out the attempt. But in the following fight, s4’s Death Prophet managed to secure the Aegis without going down and the battle turned in Team Secret’s favor, killing most of Na’Vi.US without taking any losses themselves. From this point on they kept pressing their advantage, pushing the lanes with Death Prophet’s ultimate and getting more pickoffs in the process. While Team Secret was looking to run away with a 20k+ gold advantage, Na’Vi.US mounted a last resort smoke gank which turned ugly after they could not burst down Kuroky’s Faceless Void and got caught in a four man Chronosphere. What followed was a quick GG call, and with that we have Team Secret facing Vici Gaming in the first of tomorrow’s semifinals. 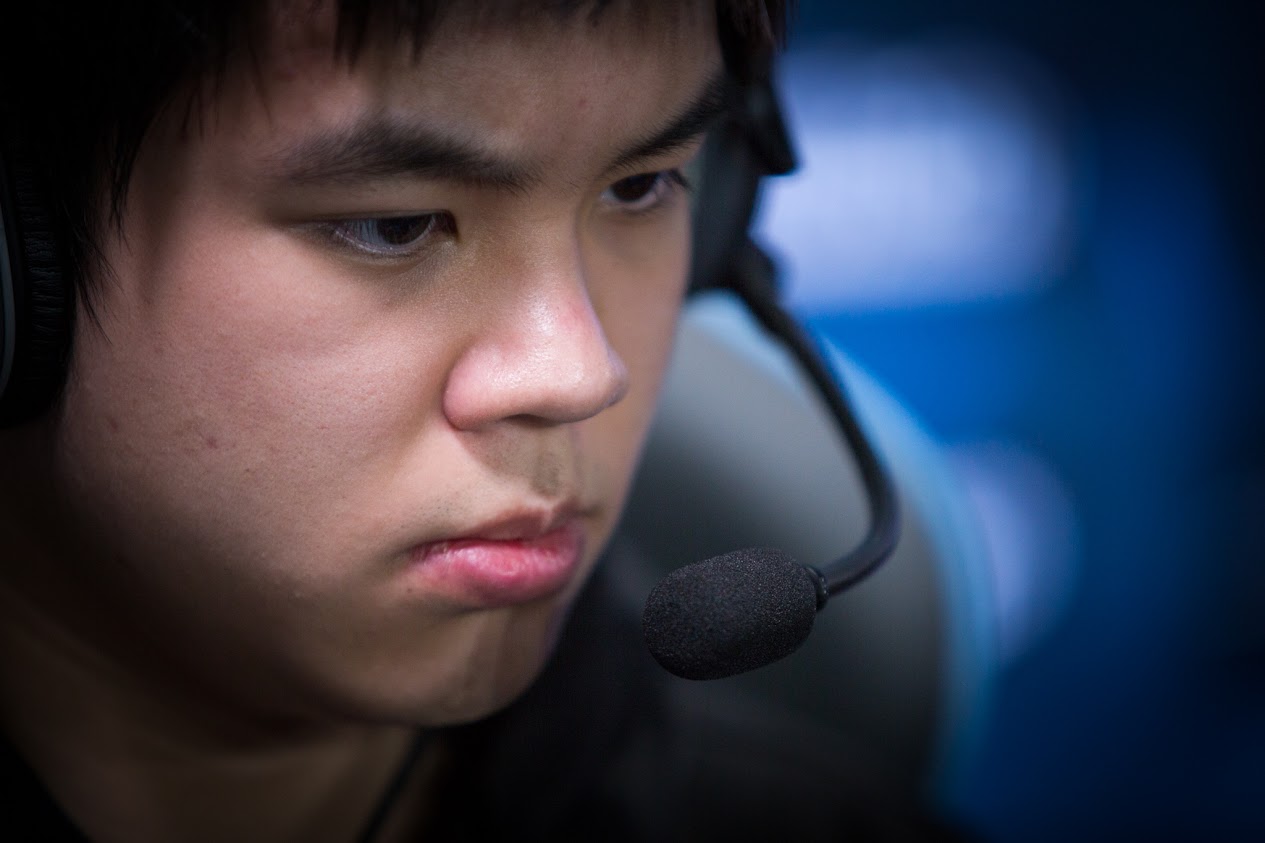 Miss the first few games? You can find our recap of the previous matchup between Natus Vincere versus Vici Gaming here.

Check out the official ESL One New York site for schedule and bracket information, streams in your preferred language and more. Also don’t forget to take part in our ESL One New York item bundle competition!