Group B’s first matchup is one with a history. Back when the Asian scene first made its entry onto the world stage, Gambit, then playing under the handle Moscow Five, would be the one to defend Europe’s glory and prove their region’s relevance. During the Season 2 World Championship, they were favorites to take down the Asian powerhouses and win the world cup. This seemed all the more likely after they cleaned house in the quarter finals, beating Invictus Gaming. Meanwhile, the world watched in awe as the underdog Taipei Assassins managed to beat Najin Black Sword. When the two met in the semifinals, Moscow Five would take the first game convincingly. The Assassins rallied, however, and ended up crushing Moscow Five’s world title aspirations by not only beating them two games in a row but also going on to win the world cup themselves after beating AZUBU Frost in the grand finals.

By winning the championship title, the Taipei Assassins established themselves as a top team. IPL5 would take place two months later, once again featuring the world’s top teams matched up against one another. Moscow Five placed second in the group stage, losing to Taipei Assassins. The situation looked particularly grim for the team when they lost their first bracket against World Elite, but they then went on a killing spree in the loser’s bracket, beating both AZUBU Blaze and Counter Logic Gaming. The Assassins had to run a similar gauntlet after losing to Fnatic in the winner’s bracket. The two would clash in the loser’s semifinals, and the Assassins once again took the win. All this happened more than a year ago, but it’s essential knowledge to have in order to understand the hype behind this matchup. 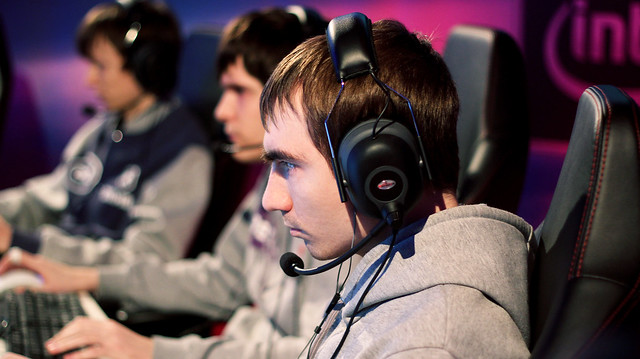 Things have changed since then, however. With the introduction of season 3 at the end of January 2013, the Assassins dropped off and went into a slump. Team captain Chen ”MiSTakE” Hui-Chung had already left the team in order to lead their successful sister squad the Taipei Snipers, while the rest of the team had difficulties with adapting to the gameplay introduced in the new season. June saw three more members of the world cup team leave the main lineup. Top laner Wang ”Stanley” June-Tsan left the team altogether, mid laner Kurtis ”Toyz” Lau retired and jungler Alex ”Lilballz” Sung was benched. It was up to carry Cheng ”bebe” Bo-Wei to move to the top lane and try and captain the new lineup to regain the team’s former glory. However, they didn’t make it to the season 3 World Championship, losing to the Gamania Bears in the qualifier.

AZUBU Taipei Assassin’s last Intel Extreme Masters appearance was at Singapore, where they placed 5-6th after losing to the Saigon Jokers. By winning the Garena Premier League winter season’s playoffs, the AZUBU Taipei Assassins not only reestablished their Southeast Asian reign, but also got a shot at redeeming themselves on the world stage at Katowice. Even though they may not be sporting their world cup lineup anymore, the Assassins seem to be going strong in the current GPL season, boasting an impressive score of 10-0.

Gambit Gaming has traditionally had strong performances at offline tournaments. They won four out of five of the Intel Extreme Masters they have participated in so far, only losing the World Championship in Hanover in 2013. They qualified for Katowice by winning Cologne, going undefeated against both Cloud 9 HyperX and Fnatic. The LCS has traditionally been a bumpy road for them, however. They haven’t won either of the 2013 season’s split seasons or playoffs and have struggled to assert the same level of dominance in the LCS as the one we’re used to seeing from them in offline events. This tends to lead the public to doubt their potential on the big stage, although often to be proved wrong when it comes to the crunch.

Now Gambit is to face off against their old nemesis – the AZUBU Taipei Assassins. The Taiwanese squad has a new lineup now, so it can’t be said that this is Gambit’s shot at revenge. After all, four out of five members of the Russians’ erstwhile kryptonite are now gone. The pressure is arguably mostly on bebe, who switched back to ADC in September – can he lead the current incarnation of the squad to victory and prove that the team is once again a global threat? Not only that, but it’s also their chance to give some exposure to the often neglected Southeast Asian scene. The popular opinion seems to be that the Assassins are no more than the best of a bad region, and that spearheading the GPL standings is no accomplishment to write home about. Regardless of their eventual placing in the tournament, a victory over the Russians will at least show that the Southeast Asian League of Legends scene is nothing to scoff at.

Our commentators Leigh “Deman” Smith, Trevor “Quickshot” Henry, Joe “Joe Miller” Miller and Martin “Deficio” Lynge sat down together to give us their predictions of this match’s outcome:

“Gambit has won more Intel Extreme Masters events than any other team in history. They were the 2012 World Champions, and last year in Katowice they turned up and beat both AZUBU Blaze and Frost, who were dominating Korea at the time. They have a few issues with group stages traditionally but always pull out results when it matters.

AZB TPA, while being currently unbeaten in GPL, are a very different team to the Season 2 World Champions that beat Gambit on the way to victory. They are as of yet untested against top international competition. Gambit should have this victory in the bag.”

Group B will start off on Friday at 17:00 CET. Make sure to tune in at twitch.tv/esltvlol!