With 4000 WCS points and US$25,000 up for grabs, the Intel Extreme Masters in Shenzhen is sure to see some of the best names in StarCraft II fighting tooth and nail for every map. The fierce competition and promise of 750 WCS points to the winner can only serve as motivation for the 16 players who made the cut. Who’s ready to take it home?

Check out the groups here

This year at the Intel Extreme Masters, invited players were chosen based on overall results, not WCS points alone, with the open bracket spots reserved for a different distribution of locations:

Of course, there’s another, pretty significant change: the actual competitors. Let’s dive in!

One of the biggest bits of buzz surrounding Intel Extreme Masters Shenzhen involves the names of the 16 players who are taking on the first group stage for their final shot at competing in stage two. Good news: they’re confirmed, and we now know that the open bracket will include some seriously established players. Life vs. Phoenix, NesTea vs. Daisy, Sen vs. Neige and Bistork vs. HerO will kick things off in Stage 1A, followed by jjakji vs. vaisravana, Has vs. Check, TRUE vs. Seed and, finally, the strength of Revival vs. a player yet to be determined.

With each group full of incredible players and four spots left to be determined through the first group stage, it’s tough to pick a potential winner. Still, recent results have a lot to tell us about whose game is on point.

Zest is a clear favorite after having picked up unbelievable wins in GSL Code S Season 1 2014 and in the GSL Global Championship. The KT Rolster Protoss appears unstoppable in 2014: he displayed a second all-kill in Proleague, defeating Rain, Soulkey, soO and PartinG to dominate SK Telecom T1. However, Zest is in a group with San, who just took it all the way to the finals at WCS Europe Premier Season 2. Illusion is the definite underdog here after replacing Polt, the American qualifier winner, to attend, but it’s always possible that the 18-year-old Terran could surprise us all.

Other standouts include the mighty Terrans TaeJa, MMA and InnoVation, and fan-favorite Zergs Jaedong and Snute. Rounding out the 12 confirmed players are Jim, Stork, Solar and the true underdog puCK, who was asked to attend after MaSa, viOLet, and HuK were unable. Could puCK work up from the bottom to further legitimize his team, IvD? 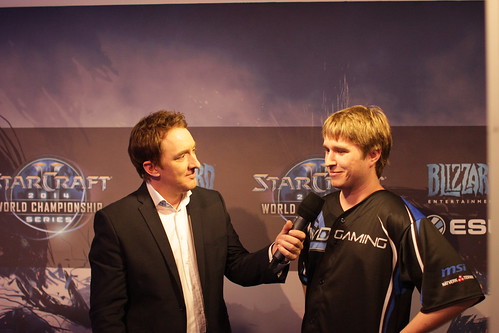 TaeJa could still seal in the Summer of TaeJa after a tough 0-3 loss to Pigbaby in the WCS America RO8, especially if he can summon his DreamHack attentiveness and stick to the top of the bracket all the way through. His group, which features fellow Terran star Acer’s MMA and Chinese Protoss player Jim, could prove a challenge, but TaeJa should still be confident. His worst matchup sits at a comfortable 62%, and his TvP is at 75% in recent months. 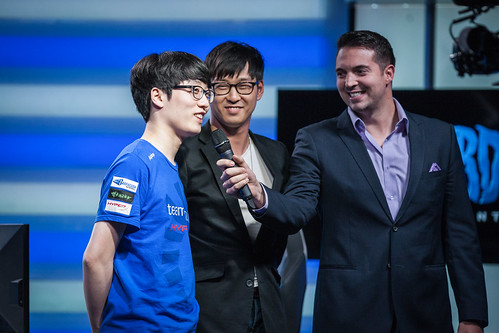 One group features all three races – and one of only three foreigners yet. Snute, Stork and InnoVation form an interesting trio for whoever enters the group in the open bracket. With 2014 results that are less than his best, InnoVation is still primed for a win after impressive matches at Acer TeamStory Cup Season 3, Dragon Invitational and the Asian Final Qualifiers. Snute and Stork’s records aren’t as accomplished as InnoVation’s, but both consistently offer challenging play for any opponent. Snute is especially monstrous in mirror matchups recently, taking 19 of 26 maps against Zerg.

The Tyrant finds his home in Group C. Jaedong always draws cheers, but drawing a tournament win has been a struggle for him this year as he dealt with repeated difficult and surprising losses. His group C opponent Solar – who beat Maru, Life, and Dear to get to the tournament – is recently showing insane ZvP results, winning 11 of 13 games in the last three months of play. His ZvZ is much less impressive, but it’s a good bet that, if he can stay focused in a potential ZvZ and take on puCK, he could make it to the quarter finals. 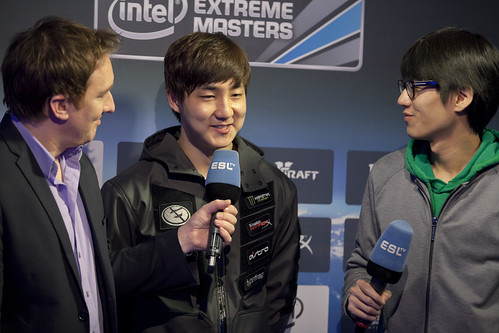 Who’s your pick to win at Intel Extreme Masters Shenzhen? Who do you hope will make it through the open bracket? Let us know in the comments below, and be ready here for when things start streaming on the 16th of July!